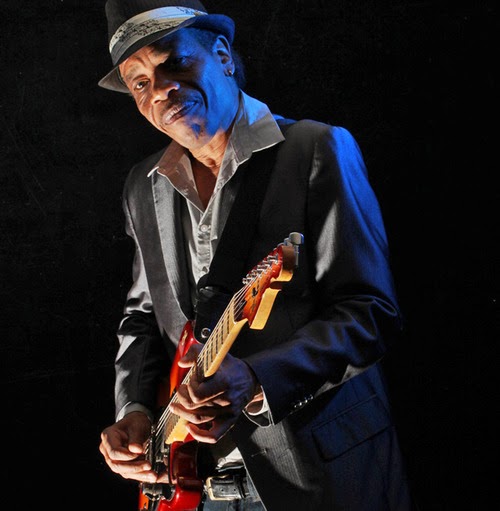 We read all the time about blues musicians who are seemingly on the verge of something big, only to have tragedy knock them for a loop or out of the game completely.  That's why it's always good to hear a blues story with a happy ending.

In the mid 1990's, James Armstrong was seemingly on top of the blues world.  Raised in the Los Angeles area, he was raised by a father who played jazz guitar and a mother who sang the blues.  He was the youngest guitarist to ever play in Smokey Wilson's band.  He also helped found the SoCal band, Mama Roo, who released an album in the early 90's.

In 1995, Armstrong was signed by San Francisco-based Hightone Records.  The label had previously released albums by other notables like Robert Cray and Joe Louis Walker, and in 1996, Armstrong's debut release, Sleeping With A Stranger, became the latest in a series of essential blues releases for the label, winning critical acclaim for Armstrong, not just as a singer and guitarist, but also as a first-rate songwriter. 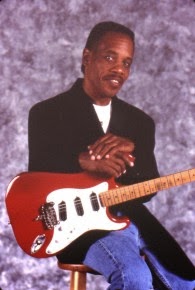 However, in 1997, as Armstrong was preparing to tour in support of his debut, he was attacked in his home by a robber, who nearly stabbed him to death and nearly killed his young son, James, Jr.  The attack left Armstrong unable to use his left arm and hand, causing permanent nerve damage, but he picked himself up and after months of grueling therapy, sheer perseverance and determination, along with much encouragement from friends, fans, and fellow musicians, Armstrong taught himself to play guitar again, and was able to record and release a second album, Dark Night, in 1998, with help from guitarists Michael Ross, Joe Louis Walker, and Doug MacLeod.  By 2000, Armstrong was assuming the lion's share of guitar work on his next album, Got  It Goin' On, breaking out some impressive slide guitar.  The songwriting and singing talents had never left him, and now the guitar was on it's way back, too.

After a lengthy absence from the studio, Armstrong signed with Catfood Records, one of the best of the newer soul and blues labels, and released Blues On The Border in late 2011.  Last month, Armstrong returned with Guitar Angels, which may be his best recording yet.  His songwriting is as potent as ever, showing a highly personal look at some familiar blues themes, while also delivering a few tunes that put a smile on your face and a hop in your step.  It's one of FBF's favorite releases so far this year. 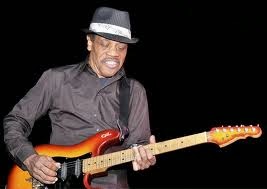 If you're not familiar with James Armstrong, you need to get on board and see what you are missing.....great original songs, soulful vocals, and strong guitar work.  Guitar Angels is a great place to start, but you definitely will want to hear more.

Mr. Armstrong was nice enough to sit down and endure one of FBF's Ten Questions With....sessions, even going the extra mile and answering a few extras.  We thank him for his time and we hope that you enjoy the conversation.  When you're done, check out his website, www.jarmblues.com, and all of his music.  You can thank me later.


Friday Blues Fix:  Your mother and father were both musicians.  What do you see in your musical style that you inherited, or learned from them?

James Armstrong:  From my father, I think I learned the love of Jazz and how Blues and Jazz are connected. From my mother, I learned how to love a beautiful voice.

FBF:  Did you know from an early age that you wanted to be a musician?  What do you think you would be doing if you weren't a musician? 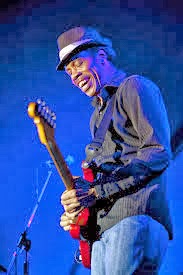 JA:  I grew up with just my father and he played guitar constantly, so there was music in the house all the time. I always knew I wanted to be a musician. My father gave up music to raise me and became a painting contractor. I imagine I would have followed in his footsteps if not for music.

FBF:  What kind of music did you listen to when you were growing up?

JA:  Growing up, I basically listened to Hendrix, Eric Clapton, Van Morrison……etc. I enjoyed rock in my early days. My first touring band at 17 was a country band.

FBF:  When did you decide to focus on the blues?

JA:  Where I grew up on the beach in Santa Monica, California, there weren't any young African Americans playing the blues. In 1980, I thought I could change that. So I started listening to just blues….nothing else. That's the time period of my life I call "Coming Back Home."

FBF:  On your new CD, Guitar Angels, you recognize a few of your influences, including your father, Coco Montoya, and Joe Louis Walker.   How did each one of them influence your guitar style?  What other guitarists were influences?

JA:  My father, James Armstrong Sr., in the beginning was my biggest influence in music. He taught me how to read and write music at an early age.

In my early teens, Coco Montoya turned me on to more modern blues. With Coco being an upside-down guitar player I realized there was a lot of different ways to play chords. Jimi Hendrix was a huge inspiration; I loved his guitar effects and approach.

FBF:  What are some of your favorite tracks on Guitar Angels?

JA:  My favorite tracks are “Guitar Angels,” “Grandma's Got A New Friend,” “Take It To The Limit,” and “Healing Time.” 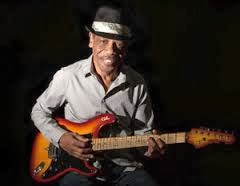 FBF:  You have a songwriting style that puts a personal spin on contemporary topics, but you manage to keep one foot in the traditional blues sounds.  Plus you have a great sense of humor and a clever turn with a phrase or a hook.  Who are some of your influences as a songwriter?


JA:  Listening and playing country music prepared me for songwriting. Some of the humor in my writings comes from talking and listening to Albert Collins. Albert had so much humor in many songs. I love to laugh and write about life events. When I meet Bruce Bromberg of Hightone Records, and also Doug MacLeod, they took me to another level of songwriting, showing me how to take any experience and turn it into a song. When you really dig deep and bare your soul, those are the songs that seem to be the ones that connect with your audience.

FBF:  How do you like working with Catfood Records?

JA:  Working with Bob Trenchard of Catfood Records is wonderful. Bob is a fantastic songwriter and musician. He enjoys soul music, so for me to take his ideas and transform them into my blues style is a fun challenge. Bob has brought together a great team of musician for me to work with from Texas.

FBF:  I really like your take on the old Eagles song, “Take It to the Limit,” on Guitar Angels.  What are some of your favorite albums or songs….blues or any other genre?

JA:  “Take It To The Limit” is my first recorded cover song. I used to listen to the Eagles and play their music when I was young. I always enjoyed that song. Changing it from an extremely slow ballad to a swing shuffle just came to me while driving from a show in Chicago one night. I'm still amazed sometimes I made it work.

FBF:  Do you have any interesting stories from your career as a musician that you would like to share?

JA:  When I was young and wanting to be the next Jimi Hendrix, I thought whenever I would meet one of his band members would be the time I arrived at success. I knew it would take many years to meet one of them, but that was my goal, to get really good so I could meet one of them. When I was 22 years old, Coco Montoya used to take me to The Central, a VIP music club in Hollywood. One night he said, “James, come here.  I want you to meet someone.” He said, “James, this is Mitch Mitchell (Hendrix Drummer). Mitch Mitchell, this is James Armstrong.” For me to meet Mitch and a few weeks later play 2 gigs with him was overwhelming, because that was my goal in life was to get so good, I would meet him. At 22 years old, I knew I wasn't good. So for many years I struggled to find another musical goal in my life. 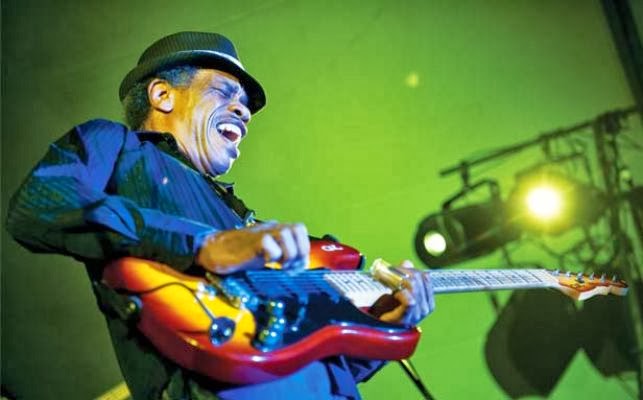 JA:  My injury in 1996 changed everything. There was a long period that I thought I would never be able to play guitar. The nerve damage to my left hand eased very slowly. To move the two fingers (index and middle finger) on the guitar hurt for many years. Not being able to use my third and fourth fingers I had to learn how to play everything differently. Not being able to play fast was a huge issue for me in the beginning, but it turned out to be a blessing. With my injury it's impossible to play fast. I always wanted to sound like the older blues players, and they didn't play fast.

FBF:  Your son, James, was also injured in the attack, and you later wrote a song about him (“Lil’ James”) that is one of my favorites…..how is he doing these days?

JA:  My son James Jr. was injured in the attack. He is now 20 years old and for the last two years he has been playing guitar. We are collaborating on music. He's not into blues yet. Just to hear him talk about and love music the way his old man does, for me it's a gift from GOD.