I decided this week to post a few mini-reviews at FBF's Facebook page......just a few lines here and there.  Well, our Facebook page has a few members, but the blog has a few more visits each week, so I thought I'd share those reviews on the blog this week.  I'll be sharing a few here and at Facebook whenever I get a chance. 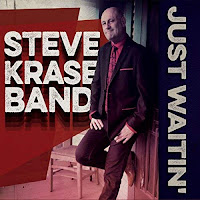 I first heard Houston harmonica ace Steve Krase a couple of years ago as he backed Trudy Lynn on her Connor Ray Music recordings.  Not long afterward, I got to check out one of his solo releases and was really impressed with it.  Recently, he released Just Waitin' on Connor Ray and it's an excellent album that not only includes several tough blues songs, but also a couple of tracks that flirt with country......a rocking Hank Williams cover kicks off the disc......and a zydeco reworking of "The Ballad of Jed Clampett."  Yes, you read that correctly....."The Ballad of Jed Clamplett".......and it's guaranteed to get toes to tapping and booties to shaking.  There's a lot of great harmonica players out there today, and Steve Krase is certainly near the top of the heap.  Blues fans need this one in their collection, no question about it. 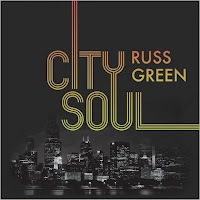 City Soul is the new release from Chicago singer/harp player Russ Green. It's a rock solid release of Chicago blues and R&B. Green began playing music as a young adult and was influenced by Jimi Hendrix, seeking to replicate the guitar legend's sound on an instrument he could afford at the time, his harmonica. After hearing Sugar Blue, he found his sound. Not only is he an excellent harmonica player, he's a smooth and soulful singer and a great songwriter. This is a fine disc of modern Windy City Blues and Soul that is worth a listen. 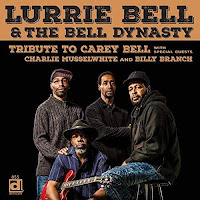 Several months ago, I listened to a podcast interview with Dick Shurman and he mentioned that he had worked with Steve Wagner on an upcoming Carey Bell tribute album, Tribute To Carey Bell, with Lurrie Bell (guitar/vocals) and his brothers Steve (harmonica), Tyson (bass), and James (drums, vocals). I couldn't wait to hear it and I was not disappointed at the results.
Let me tell you right now, that if you're a blues fan, particularly a Chicago Blues fan, you need to have this disc in your collection. This was truly a labor of love for all involved and includes appearances from Billy Branch, Charlie Musselwhite, Surrito Ariyoshi, and Eddie Taylor, Jr. The Bells, dubbed the Bell Dynasty for this release, need to consider doing future recordings together because this one was very enjoyable. 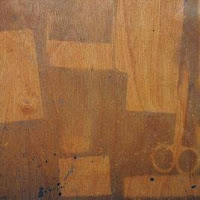 Several years ago, I met a drummer from Denmark named Tim Lothar Petersen on the old Blues Access message board. Tim was looking for an article on the great drummer Fred Below. I sent him a copy of one that I had and we struck up a friendship. Turns out that he was the drummer in a Danish blues band called Lightnin' Moe. A few years ago, he taught himself how to play guitar and embarked on a solo career, releasing several very good albums, which show his dexterity as a guitarist and his ability to interpret old songs and write his own compositions.


His most recent album, called More Stories, is a sequel of sorts to his previous solo effort called, you guessed it, Stories. He allowed me to look in on the creative process with this one......how he developed the songs and the early "scratch" recordings that he did on them and it really opened my eyes to the entire creative process. It's a great disc with some very personal songs, some reflective, some humorous, some poignant. 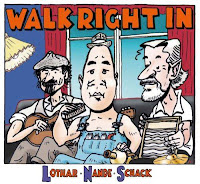 Tim also recently released an acoustic album with some of his friends, harmonica player Peter Nande and percussionist Mik Schack, called Walk Right In. It's a delightful set of mostly old classic pre-war blues and gospel blues recorded at Schack's home in Copenhagen in front of an appreciative audience. The trio plays acoustic guitars, harmonica, suitcase drum, washboard, woodblocks, and jub, and they are joined on a couple of tracks by Svante Sjoblom Vrak, who plays banjolin and lapsteel. It's obvious that this isn't their first rodeo because they complement each other so well.
Tim's recordings are on iTunes and some are available on Amazon or CDBaby, so check this talented guy out. There are a lot of talented folks in Europe like Tim and Peter that are making some fine blues music.

More reviews coming in the future.  You can check them out here or on our Facebook page.
Posted by Graham at 12:01 AM No comments: 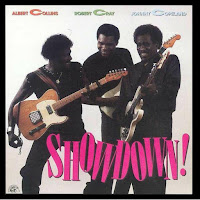 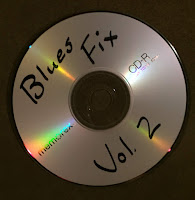 I apologize for the rather sporadic posting schedule over the summer.  I've been trying to spend what spare time I have working on CD reviews for Blues Bytes.  Due to being very busy at work and at home, I've been pretty backed up for quite a while, which is why I haven't been posting reviews here as much.....I hate to write them up twice when I could be working on another release.  I'm hoping to catch up, maybe by the end of the year, but I'm still about two months behind.  It's a nice problem to have, though, because there are some great new releases that are out there right now.  Anyway, you didn't come by to hear my blues.....you want to hear some real good down-home blues, right?  Well, check out this week's selection from our Blues Fix Mix CD.......Track Eleven to be exact. 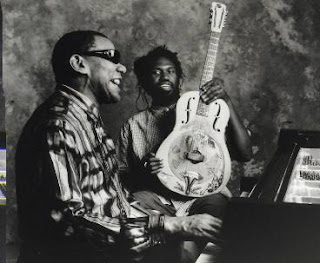 This week's track is a bit of a change of pace and features one of my favorite tracks from one of my favorite duos, guitarist Corey Harris and New Orleans' late, great piano man Henry Butler, who passed away just a couple of months ago.  Harris' acoustic blues really made their mark when he signed with Alligator back in 1995.  His version of the Delta blues was refreshing and dynamic on his debut, and he also added other influences to his music with each new album, such as New Orleans jazz, Latin, Island, and World Music.  On his 1999 masterpiece, Greens From The Garden, Harris collaborated with Butler for the first time.  Butler's catalog was nearly as eclectic as Harris', with ventures into not only jazz, but blues, funk, and even a bit of classical and gospel. 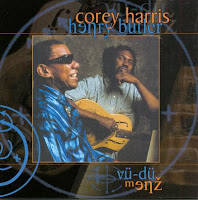 In 2000, Harris and Butler collaborated for Vu-Du Menz, a wonderful set of blues guitar/piano duets that bring to mind the classic sounds of 20's and 30's blues.  The pair also dove into soul, barrelhouse,  ragtime and a couple of gospel tracks.  There are so many good songs on this set, but my favorite has to be the lively, piano-driven "If You Let A Man Kick You Once."  Written by Harris, this is a fun track that would have been a great fit during the 20's and 30's.  His lyrics are entertaining and Butler really tears it up on piano.  The line "From the time you're born, 'til you're ridin' in the hearse/ain't nothin' so bad that it couldn't get worse" is one that each of us can use just about every day of our lives......I know I have used it many times.

As stated above, Butler died in early July from colon cancer.  He recorded a few albums after Vu-Du Menz, including a fantastic collection of solo live performances in 2008 that spanned a couple of decades called PiaNOLA Live.  Harris has continued to record as well, though he's into African and Jamaican music as much as he is the blues.  Whatever music he chooses to make is compelling music.