Believe it or not....this month marks Friday Blues Fix's FOURTH year of existence in the blogosphere.  I never would have thought that I would still be posting once a week, but so far, so good.  I have really enjoyed doing this, I've met some interesting people, music fans (from all over the world) and musicians that I probably never would have met otherwise, so I really appreciate all the folks who have stopped by for a visit over the past four years.

Everybody who listens to music has a list of albums that, if they happen to see them on the shelf, they have to grab them and give them a spin.  You know how sometimes when you're flipping channels and you run across one of your favorite movie, you just have to stop and watch it, no matter what part of the movie is on when you run across it?  That's what I'm talking about here......those discs that you have to hear when you run across them in your collection.  I have a lot of those on my shelf, so I sometimes listen to four or five a week.  This week, we will look at five of my "go-to" albums.....a pretty diverse set if I do say so myself, but I've actually listened to all of these over the past couple of weeks. 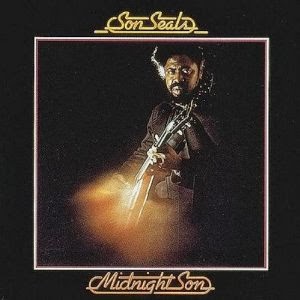 Son Seals - Midnight Son (Alligator Records):  I've talked about Son Seals several times over the past four years.  A lot of people talk about their Desert Island Discs (a topic for a future FBF post) and when I compile my list, there will definitely be a Son Seals recording on that list.  There's a pretty good chance that Midnight Son will be on that list.  Everything just clicks on this album....there's plenty of Seals' stinging guitar work (some of his best) and his roaring vocals are at their peak, too.  What kicks this disc a notch above his others is the addition of a horn section on many of the tracks.  When Seals tears into the opening track, Ray Charles' "I Believe," he pretty much makes it his own.  A lot of these songs stayed in his repertoire for the rest of his career, such as "Four Full Seasons of Love," "Telephone Angel," and the amazing "On My Knees."  This record just gives and gives and gives.  The first two Son Seals records I owned were this one and Live and Burning (which we devoted an entire post to nearly four years ago).  Seals released those two back to back and it's hard to imagine a better consecutive set of releases by any blues artists. 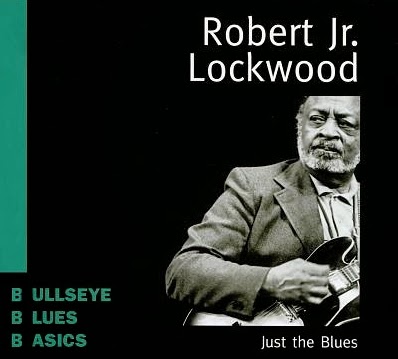 Robert Jr. Lockwood - Just The Blues (Bullseye Blues Basics):  Lockwood spanned the entire history of the blues until his death in 2006 at 91, learning the blues first-hand from Robert Johnson, his step-father, but also becoming one of the first bluesmen to pick up an electric guitar in the late 30's.  Along the way, he picked up some serious jazz influences and served as a session guitarist on many future classic recordings for Chess Records.  His success as a solo artist came later, beginning in the early 70's with recordings for Delmark and Trix Records.  In the late 70's and early 80's, he cut a pair of albums for Rounder Records with Johnny Shines, another musician who traveled the country with Robert Johnson.  Though their roots were in the acoustic blues of the Mississippi Delta, their two recordings for Rounder strayed pretty far from one might consider their norm, with lots of jazz and swing influences in the music.  This set, from Rounder subsidiary Bullseye Blues (part of their Basics series) collects some of Lockwood's finest moments from those two recordings, which are now both out of print.  A few of the tracks team Lockwood and Shines together to great effect, but several feature Lockwood with his regular band as well (Shines had suffered a stroke before their second album, so he was limited to vocals).  The thing I always have liked about Robert Jr. Lockwood's music is how he was able to absorb other influences into his brand of blues and transform it into something new and exciting to hear.  There's never a dull moment on any of his recordings. 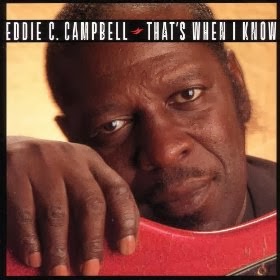 Eddie C. Campbell - That's When I Know (Blind Pig Records):  I think that I would like to meet Eddie C. Campbell, based on what I've heard on his recordings.  His songwriting has a unique down-home perspective and I love his guitar work and his soulful vocals.  When That's When I Know was released in the mid 90's, Campbell had just returned to the U.S. after an extended stay in Europe with a cassette tape full of new songs, but had also spent time during a few visits stateside putting together a few tracks for this album.  The finished product puts all of it together and it is a good one, with lots of Campbell's highly original version of West Side blues that throws a heavy dose of funk into the mix.  Campbell launched another comeback a few years back with a pair of great releases on Delmark Records, but currently he is recovering from a stroke he suffered last year.  Hopefully he will be able to return to full strength in the near future.  In the meantime, this is just one of several outstanding Eddie C. Campbell releases to choose from. 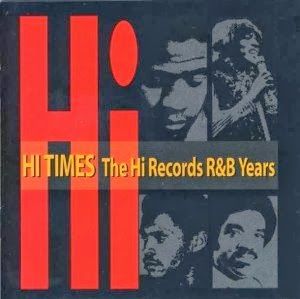 Hi Times:  The High Records R&B Years (The Right Stuff):  Last year, around this time, I made a trip with family and friends to Memphis.  We went to Beale Street and rambled around a bit, and I picked up this CD while I was there.  In the mid 80's, I had discovered the wonderful music of Al Green and from there, I backtracked and found some other great music from the same era from singers like O.V. Wright, Otis Clay, Syl Johnson, and Ann Peebles.  All of these artists recorded for Hi Records, the Memphis soul label that picked up the slack when Stax Records went under.  Under the guidance of the legendary producer Willie Mitchell, Hi Records was a driving force in soul music until changing times and musical preferences eventually ground things to a halt.  In the early 90's, the label was covered extensively by a box set and several "Greatest Hit" CDs from each of these artists, along with this sampler set of some of the label's finest moments.  It would be impossible to capture it all on a single disc, but this CD does pretty darn good with multiple songs by Green, Clay, Johnson, and Peebles.  I would have loved to have heard another O.V. Wright tune, but the one that's here ("Precious Precious") is a keeper.  If you're a soul or blues fan, chances are that you've heard most of these before, but this is a great place to get them all together. 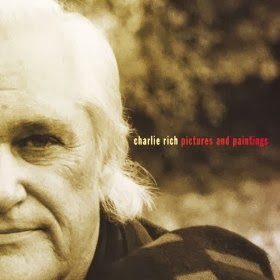 Charlie Rich - Pictures and Paintings (Warner Brothers/Sire Records):  If all you know about Charlie Rich is his successful run of country hits in the 70's, you haven't even scratched the surface.  Rich started out as a songwriter and session musician for Sun Records in Memphis, backing artists like Jerry Lee Lewis, Bill Justis, Johnny Cash, and Billy Lee Riley.  All of his recordings for Sun subsidiary Phillips International, Smash, and later Epic Records were catagorized as country, but also showed lots of influences in jazz, R&B, and the blues.  Rich learned to play piano as a kid from a black sharecropper, so the blues weighed heavily into his music.  However, the only recording Rich ever did that captures his true musical persona was his final recording, Pictures and Paintings.  Peter Guralnick, who had sung Rich's praises in two of his books, served as a co-producer on this recording, and the blues are present in every note played.  You can sense the inspiration and perspiration that Rich put into this recording, almost as if he realized it was his last opportunity to play it like he wanted to (he died in 1995, three years after this album's release).  The best track is the last one, an absolutely stunning version of "Feel Like Going Home" that will bring tears to your eyes with its raw emotion (below is a demo version that he did at the time), but there are so many good performances on this one that you will play it over and over, just like I did.