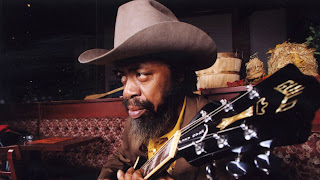 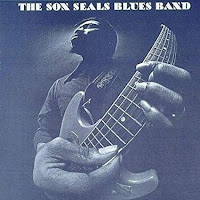 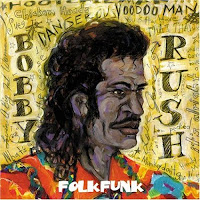 In 2004, singer Bobby Rush released Folkfunk, one of my favorite blues releases of that year.  I'd heard of Rush for years.  Living in Mississippi in the late 70's/early 80's, you couldn't help but hear of him.  His records were in all of the record stores.  If you listened to R&B radio, you'd hear some of his songs.  Plus, he played countless festivals in countless towns.  At the time, I didn't really get into his music because it was loaded with those synthesized keyboards that everyone just loved back in the day, but now date that era's music distinctly.

Folkfunk was different.....none of the synthesizers were present.  In their place was a small, but potent combo that included Alvin Youngblood Hart on guitar, Steve Johnson (you might know him as current soul blues star Stevie J Blues.....he also played on Rush's Live at Ground Zero CD/DVD set) on bass, and drummer Charlie Jenkins, along with Rush who played a little guitar and a lot of harmonica.  These guys had their act together, no doubt, and this was quite possibly the best album Bobby Rush ever made, at least to these ears it is.

Most of the songs are familiar to blues fans, though Rush does make a few adjustments to some of these classics.  There's actually not a bad track on the disc and I would strongly encourage blues fans to give Folkfunk a spin......you can thank me later.  One of my favorite tunes is a modified take on the Sonny Boy Williamson (Version II) classic, "Ninety-Nine."  It's taken at a relatively brisk pace and Rush's underrated harp blowing is front and center.  It's just a really fun track (how often do you hear the lyric, "I was so broke I didn't have eye water to cry"??) and it made it onto Volume 2 of my Blues Fix Mix CD series.  Enjoy!!