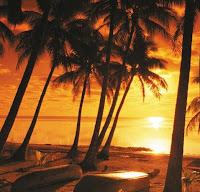 Sorry, folks.  Presently, I'm engaged in a little downtime with the family, recharging the old batteries.  Check back next week for the latest and greatest blues.  Meantime, this video of Muddy Waters will help you make it through the weekend!  Wasn't that a man?!

Sorry for the delay in posting today.  I was going to try something new today, but unfortunately I'm just not quite skilled enough to pull it off just yet.  I will keep trying and hopefully, it will work out soon.  Meantime, let's watch a few videos to get our fix for the weekend.

Here's a pretty good video on short notice.  This is from the most recent Crossroads Guitar Festival

surrounded by an impressive set of guitarists taking turns at the B. B. standard, "Rock Me Baby."  The cast includes Jimmie Vaughan

.  Not a bad lineup in a pinch.  If you haven't checked out this DVD and you're a guitar fan, you better track it down and see what you're missing.  There are some great performances in the DVD from these guys, along with Sonny Landreth

Next up is Earl Hooker

. Hooker's been dead since 1970, but he was a major influence on a lot of blues guitarist and appeared on many classic sessions for artists like Junior Wells (on the original "Messin' With The Kid"), Muddy Waters ("You Shook Me"), and with his cousin, John Lee Hooker, on several tracks just before his death. He also enjoyed a moderately successful solo career that was marred somewhat by his reluctance to sing and his ongoing battle with tuberculosis, which eventually took his life at age 40. This song is from the American Folk Blues Festival

DVD series and is a bonus selection on Volume 1. Check out Earl Hooker....

One more for the day. Here's another King, Freddie King

, tearing through his trademark instrumental, "Hideaway," on the old TV show, Shindig! King's career was also cut tragically short from a heart attack at age 42, but he influenced a lot of guitarists himself, including a boatload of surf guitarists over the late 50's and early 60's, but his influence can be heard the most on old Slowhand himself. Clapton toured with him in the 70's and even had him on the same record label (RSO) until his untimely death in 1977.

Enjoy! We'll try to do better next week.
Posted by Graham at 3:23 PM No comments: 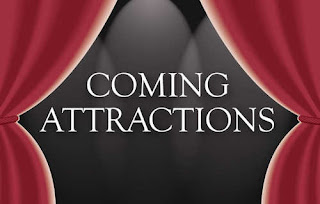 2010 continues to be a great year of new releases.  A few weeks back, we looked at some new albums from Nick Moss

, and The Cash Box Kings

.  That would be enough to occupy your time for a while, but there's even more great product out there to be checked out.  Let's look at a few more new and upcoming releases.  Naturally, for more in-depth coverage of these disc, you're encouraged to view the upcoming May issue of Blues Bytes.  How's that for free advertising?!! 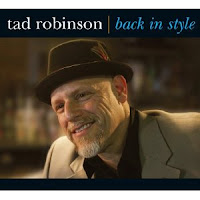 One of the busiest labels in recent months has been Severn Records.  Since last summer, the Maryland label has released some of the best soul/blues albums in a long time.  Many blues fans listed Charles Wilson's Troubled Child

and Darrell Nulisch's Just For You

in their Top Ten lists for 2009, and deservedly so.  Two more releases from Severn deserve your attention as well.  Tad Robinson

has been one of the blues unsung heroes for quite some time.  He's released several well-received CDs over the past fifteen years that featured his powerful soul-drenched vocals.  His latest release, Back In Style

, may be his most soulful yet.  He acknowledges all his influences from Stax & Hi-influenced Memphis soul of Al Green

to the gritty Chicago soul sounds of Tyrone Davis

.  It's amazing stuff and essential listening if you're a fan of Old School Soul.  It hits stores on May 18.  Here's Robinson in action, with guitarist Alex Schultz. 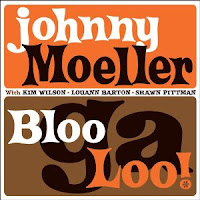 The other Severn release of note is the incredible BlooGaLoo

.  Moeller could be the new Hardest Working Man in Show Business.  He's a member of the Fabulous Thunderbirds and also fronts his own band.  In his spare time, he's contributed to several other Severn releases from Nulisch

took him four years to complete, but it's well worth the wait.  It features appearances from T-Bird front-man Kim Wilson

as influences, but he doesn't really sound like any of them.  He mixes them with a healthy dose of jazz, funk, soul, and rock and creates a totally unique sound.  If you consider yourself any type of guitar fan, you need to own this disc. 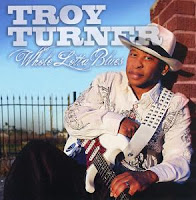 has been around for over twenty years and made quite a bit of noise in the early 90's as a Baton Rouge teenager.  I can remember reading a short article about Turner in Living Blues around 1990.  He was certainly not lacking for confidence back then.  From what I remember, his guitar was spot on, but his vocals needed some work as he sounded even younger than he was at times.  He's released four discs over the past twenty years and his latest release, Whole Lotta Blues

, is his first in over ten years.  Released on the Evidence label and produced by Jon Tiven, the disc offers plenty of great guitar heroics and if you are a fan of Turner's, you'll be pleased to know that his vocals are much improved this time around.  Whole Lotta Blues

is his best release yet and hopefully will open many more eyes and ears to this artist. 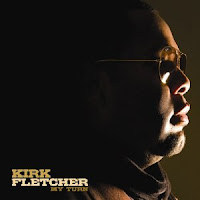 has a new release as well.  It's his first in several years.  Fletcher charged out of the gate about ten years ago with some great releases from JSP in England, but stepped back a bit about mid-decade and has played with several bands, including the Mannish Boys

, the Hollywood Blue Flames, and a five-year stint with the Fabulous Thunderbirds

.  His newest release is called My Turn

and is his best yet.  Fletcher spent the past few years listening to many different types of music, from Jimi Hendrix to 70's funk to jazz and you can sense the influence of these diverse sounds on his new release.  For a taste of Fletcher, check out this clip of him performing with the T-Birds. 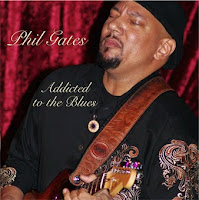 Last but certainly not least this week is a Chicago native named Phil Gates.  Gates has been around music all of his life and he's done music on the side for years while working in the aerospace industry.  He's also produced and done session work and has released several of his own CDs.  His most recent release is called Addicted to the Blues

and it's a winner.  Gates' blues are on the funky side and he is an excellent guitarist and singer.  This clip is from a few years ago and it's a super cover of the old Rosco Gordon classic, "Just A Little Bit," one of my favorite blues tunes.