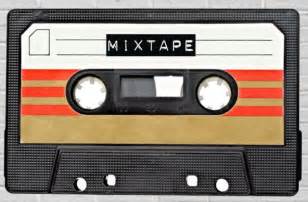 The third track of our Blues Fix Mix CD was an easy one for me.  I became a fan of Robert Lockwood Jr.'s in the mid 90's, when I picked up several of his CDs.  There was no particular reason why I hadn't collected any of his work before, other than the fact that little of it was available on cassette that I could find, other than his Delmark release, Steady Rollin' Man (an essential release of his, to be sure).  I remembered seeing his name in the credits on several Chess blues releases from the 50's and 60's, many with Sonny Boy Williamson (Version II).

Lockwood was born in 1915 in Turkey Scratch, Arkansas, and learned to play guitar from Robert Johnson, who had an off and on relationship with Lockwood's mother for about ten years.  For many years, Lockwood was known as Robert Jr. Lockwood because of his professional and personal relationship with Johnson, and he played fish fries, street corners, juke joints, and house parties with Johnson, Williamson, and his longtime associate Johnny Shines around most of the Mississippi Delta.

Lockwood recorded a few 78's off and on during his early career, but was really in demand as a studio musician for most of the 50's and 60's, so he really didn't get into recording his own albums until he was in his 50's.  1970's Steady Rollin' Man was his first as a front man, but he really hit his stride in the 70's, recording a couple of albums for Trix and a tribute album to Johnson.  Along the way, he mastered the 12-string guitar and really expanded his style.  His own recordings also occasionally leaned toward jazz and swing and he combined all of his styles on his albums.

One of his later releases was in 1998 for Verve Records, I Got To Find Me A Woman.  It is my favorite of his albums.  B.B. King and Joe Louis Walker play on a couple of tracks and it's just a really cool set of songs, originals and covers of songs by his influences, Robert Johnson, Leroy Carr, and Roosevelt Sykes. 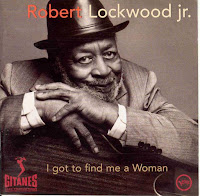 In fact, the Sykes song, "Feel Like Blowing My Horn," is Track 3 on our Blues Fix Mx CD.  Walker accompanies Lockwood on this song.  I included it for a couple of reasons.....first, I just like the gentle, reflective vibe that Lockwood conveys here, in contrast to Sykes' boisterous in.  You can feel the resignation in his voice, and the playing is just marvelous to me.  Second, in my first and, thus far, only trip to the BMA's, Lockwood performed this song on stage and I still get goose bumps thinking about it.  That was a lean year for the BMA's (still called the Handy's at that time) because a big overseas tour coincided with the date of the awards (something that probably wouldn't happen today) and Lockwood was one of the big stars who did show up (Walker actually hosted it that year).

Lockwood died in 2006 at 91, still playing a regular gig in Cleveland, OH at the time he passed away.  He didn't record a lot on his own, but he made the most of his opportunities.  Hopefully, when time allows, I will get to do a full post on Lockwood, one of the true characters of the blues.  In the meantime, here's Track 3 of our CD from Mr. Lockwood.  Enjoy! 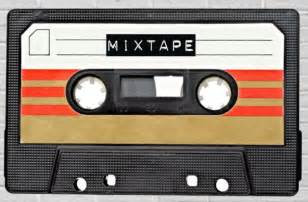 A Blues Fix Mix CD - Volume One, Track One

Well, Friday Blues Fix is back!!  While it's still sort of hard to put together a lengthy post for now, we're going to try a little different format for now.  We will post on other blues-related items from time to time, too, as time permits, but today's post is similar to the Friday Blues Fix emails that I used to send out at work, which usually consisted of a song and a little bit of info about the song and artist.

Recently, I've met some new blues fans at work and around town.  Being new to the music, they've asked me questions about what and who to listen to.  To help them get a feel for the blues and give them the opportunity to hear a lot of different songs from different artists without them having to break the bank buying or downloading numerous albums or songs, I've compiled a couple of CD-R's to help them get their feet wet, so to speak.  What I thought I would do is use my old email format to present some of my favorite blues artists and songs from those homemade collections, so check back every week and see what we have to offer.

CD One, Track One:  "Cold Women With Warm Hearts," by Magic Slim and the Teardrops (from Gravel Road) 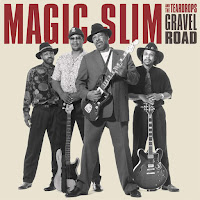 Magic Slim would have been 80 years old on August 7th, and hard as it is to believe, he's been gone for 4 1/2 years.  This was one of his first albums that I owned.  There was actually a time when there were very few Magic Slim albums available in the U.S.  In fact, this was his first release with Blind Pig Records, a label he spent over twenty years with.  The album came out in the early 90's, when John Primer served as his second guitarist.  One of the things I liked about this album was that Primer sang on three tracks.  To me, Primer was one of the most underrated artists in the Chicago Blues world, a potent force himself on vocals and guitar.

The song itself, "Cold Women With Warm House," kicks off Gravel Road and it's a great choice.  Slim recorded several live versions of this and the band always really settles into a groove every time, but this is my favorite version of it.  It was written by Sir Mack Rice, but was one of the highlights of Albert King's Truckload of Lovin' album from the mid 70's.  While I like King's version, Slim's rough and raw version knocks it out of the park to these ears.  Check out King's reading below and you be the judge.

FBF will continue to post a new track each week as time allows.  This will be a good chance for newer blues fans to build on their Blues Vocabulary and for older fans to revisit some old favorites.  Hope you enjoy!!