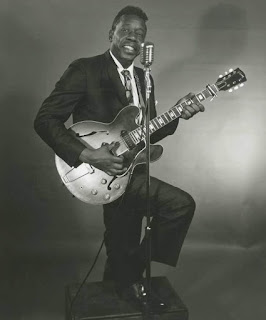 For Track Ten, we're going to keep things rolling in Louisiana, with one of the most successful of Excello Record's stable of swamp blues artists, Slim Harpo.  As I mentioned in my previous post a couple of weeks ago, I've been digging deep into the sounds of the swamp with Ace's Bluesin' By The Bayou series, and Mr. Harpo has several tracks included in that series (and graces the cover of the second volume).  I first got into the Excello catalog via Hip-O's House Rockin' & Hip Shakin' series of releases in the late 90's and if you can track either of these series down......even a volume or two of each, they are well worth any blues fan's time.

Mr. Slim Harpo was born James Moore in 1924 and worked as a longshoreman and construction worker as a youth, playing music on the side under the name Harmonica Slim, sometimes accompanying his brother-in-law Lightnin' Slim.  When he started recording for Excello in the late 50's, he changed his stage name to Slim Harpo to avoid confusion with another performer using the Harmonica Slim name.  Harpo's first recording, and hit, was "I'm A King Bee," but it wasn't his last.  His first chart hit was "Rainin' In My Heart," in 1961.

Harpo was influenced by Jimmy Reed, but his music was actually more accessible to a wider audience than Reed's.  One of the best descriptions I've read of Harpo was that his voice reminded one writer of a cross between a black blues singer singing country and a white country singer singing the blues.  His music used rock n' roll influences at times and his singing was reminiscent of country music at times.  In fact, his music has been recorded by artists of multiple genres over the years.

Harpo's biggest hit was released in 1966 and is this week's Blues Fix Mix track, "Baby Scratch My Back."  Largely instrumental, it hit #1 on the R&B charts and #16 on the pop charts.  Like most of his other recordings, it had a little blues, a little rock, and a little country music mixed together.......the essence of Swamp Blues.

Harpo was beginning to expand his audience in the late 60's with regular touring, and was gaining a larger fan base from young rock n' roll fans.  While getting ready for a tour of Europe with some recording sessions mixed in, he suddenly died of a heart attack at age 46.  His impressive body of work is available in several different collections for several different labels and any blues fan needs to have some of it in their collection.

Since our posting has been a bit erratic this summer......thanks for hanging in there with us.....here's a list of Volume Two's tracks to date: 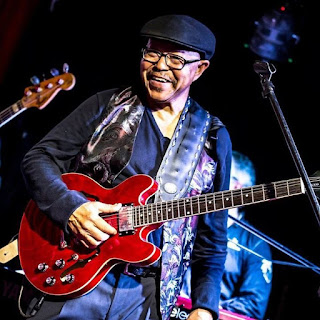