Robert Ward played some of the most original and unique blues-based guitar you'll ever hear and he sang with the passion and soul of an O. V. Wright.  In fact, he's probably one of the best musicians you've never heard of, but Robert Ward was a sought-after guitarist in the 60's and early 70's who founded and led a band that eventually morphed into one of the primo funk bands of the 70's without him, who recorded on his own and backed other artists on labels like Motown Records, and whose re-emergence in the early 90's was one of the biggest come-out-of-nowhere-and-whack-you-between-the-eyes moments in recent blues history.

Robert Ward was born in Twiggs County, Georgia in 1938 in poverty. His father sang gospel and his mother played guitar. He picked up his first guitar at age ten, a gift from a white family, whose house Ward’s mother was cleaning. He taught himself to play listening to records he had heard from Sister Rosetta Tharpe, B. B. King, Muddy Waters, and Jimmy Reed.


After serving a couple of years in the Army, Ward returned home in 1959 and joined his first band, the Brassettes, who played regularly, backing Piano Red, and even performed a side gig with James Brown’s Famous Flames (who had to borrow the band's equipment for their show). One of Ward's band mates was singer/guitarist Roy Lee Johnson, who later recorded the hit, “Mister Moonlight.” Frustrated by the lack of progress the group was making, Ward moved to Dayton, Ohio, where his aunt lived.


Ward first received notice as the leader of the Ohio Untouchables in the early 1960’s. The Untouchables later became one of the biggest of the 70's funk group, the Ohio Players, long after Ward left the group. It was with the Untouchables that Ward began to develop as a songwriter, penning songs like “Your Love Is Amazing,” “Forgive Me Darling,” “So Tired of Wandering,” “Something For Nothing,” and “Your Love Is Real.” He also played some scorching instrumentals during that time, including “Uptown,” “Workout,” and “Hot Stuff.” The band recorded for the LuPine label out of Detroit, and built quite a reputation with their live performances. The group later backed the Falcons (and a young lead singer named Wilson Pickett) on their hit, "I Found A Love."


Ward picked up his distinctive, shimmering, vibrato-drenched guitar sound as a result of buying a Magnatone amplifier. He really liked the organ effect that it made on his guitar playing. The sound also impressed another young guitarist after he heard Ward playing in his native Indiana. A young Lonnie Mack bought his own Magnatone amp and with it, he recorded two major instrumentals in 1963, “Wham!” and “Memphis.” 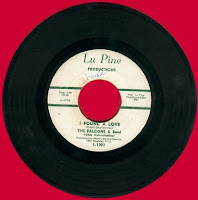 Here are a couple of tracks from Ward’s beginnings, beginning with the Falcon’s gospel-influenced “I Found A Love.” Ward’s distinctive guitar complements Wilson Pickett’s testifying wail perfectly and the song went to #6 on the Billboard R&B charts in 1962. The Falcons also showcased, at various times, Sir Mack Rice (who wrote “Mustang Sally”), and Eddie Floyd (who sang “Knock On Wood”). Also, check the Untouchable's version of Ward's downright eerie doo-wopper, “Forgive Me Darling,” to really experience Ward’s ethereal string bending.

After leaving the Untouchables in the mid 60's (to be replaced by eventual Ohio Players guitarist and singer Leroy “Sugarfoot” Bonner), Ward toured with Pickett for a while, then released a couple of solo 45's and joined Motown as a session guitarist, playing behind The Undisputed Truth (on their monster hit, “Smiling Faces Sometimes”), the Temptations (during their “Papa Was A Rollin’ Stone” days), and others.


He dropped off the music scene in the mid 70's after the death of his first wife and his mother, moving back to Georgia, working in construction, cutting lumber, working for the City of Macon’s Maintenance Department, and various other jobs. He also did a year in prison (one of his prison mates was soul singer Major Lance, who had the 1963 hit, “Monkey Time”), forming a band while he was there.  Also during his time in Georgia, he began playing with a local gospel group, the Sermon Gospel Singers.


After leaving prison, Ward decided to reform the Ohio Untouchables and returned to Dayton. While in Dayton, he stopped by a guitar shop to buy some guitar strings and met shop owner Dave Hussong, who was a major fan of Ward’s from his Untouchable days, and had been trying to track down the guitarist for nearly two years. At the time, most music fans assumed that Ward was dead since he had been off the scene for so long. Hussong steered Ward to Hammond Scott at New Orleans’ Black Top Records, who released Ward's comeback album, Fear No Evil 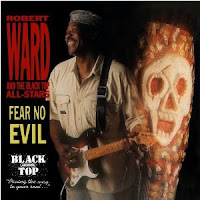 is considered to be one of the best blues/soul albums of the 90's. Ward reprised several of his 60’s tunes for the disc, including “Your Love Is Amazing.” The first sound heard on the new disc was, appropriately, a fifteen-second riff of Ward’s quirky, shimmering guitar. When I first heard the track (I bought the disc on impulse, having never even heard, or heard of, Ward at the time), it raised goose bumps on my goose bumps.  It was a revelation from start to finish.

Ward released two other discs for Black Top during the 1990’s. The 1992 follow-up to Fear No Evil

, Rhythm of the People

, didn't meet the expectations of it's predecessor, a formidable challenge, though it did include some nice moments, including Ward’s own interpretation of “I Found A Love.” His third release, 1995's Black Bottom

, was much better, with some new compositions by Ward and more of that great guitar.  Check out "Lonely Man," from Black Bottom

Ward also toured constantly during his comeback, including a memorable appearance at the Chicago Blues Festival in the mid 90's.  He drew rave reviews for his performances. 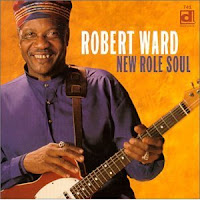 After several years away from the studio, Ward returned with a recording from Chicago’s Delmark Records, called New Role Soul

that was a little rawer than his Black Top recordings, with fewer horns. Ward also brought some new songs to the table that ranked with his best, including the powerful “Peace of Mind,” and a sharp instrumental, “The Chicken Jerk,” that features some funky fingerpicking.  Lots of Ward's later material veered toward the gospel side with inspirational lyrics and messages, often sung with his second wife Roberta, who also co-authored several of his later songs.

Then, not long after his last release, the ride was over. In 2001, Ward began having health problems, including a couple of strokes that left him unable to play. His kidneys also shut down and he passed away on Christmas Day in 2008. Ward led a tough life, never really got the breaks he should have, given his talents, and basically left this world as poor and destitute as he arrived in it, which is a shame. 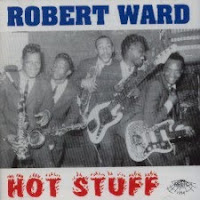 He made some wonderful music that deserves to be heard. All of his Black Top recordings are once again available, either used or via the download option. His Delmark swan song is still available as well.  All of these are worth a listen, but you might want to make a little extra effort to track down Hot Stuff

, a collection of all his 60’s work as a solo, with the Ohio Untouchables, and with the Falcons. It’s as good as this kind of music gets. 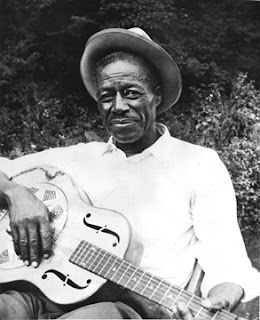