Dick Shurman has been involved in the Chicago blues scene for five decades, serving in various roles.  He's served as producer on an extensive list of albums by artists ranging from Otis Rush to Magic Slim to Johnny Winter to Eddie C. Campbell.  He's penned liner notes for many other albums, as well as numerous articles and essays for various blues periodicals and books.  Most importantly, he's served as an invaluable and selfless friend to many of the Windy City's blues artists, doing his best to help promote and advance their careers.  Over the years, he's also done a regular report on the Chicago Blues scene that currently appears in Juke Blues magazine, and he's an indispensable source of information on all things related to Chicago Blues.

Friday Blues Fix is excited to report that Mr. Shurman was gracious enough to sit down and answer Ten Questions from us this week to discuss a few things, including his role as a producer.  Hopefully, we'll have him back soon for more questions, but we really appreciate him sharing his time with us today.  We hope you enjoy this brief conversation with a Chicago Blues icon.


When and how did you first get bitten by the blues bug?

When I was a kid my parents had a small number of blues albums.  The local Top 40 station in Seattle where I grew up occasionally played blues; “Boom Boom” by John Lee Hooker was even Number One.  Then the Folk Boom, British Invasion and rise of bands like Paul Butterfield’s all motivated me to go back and check out their sources. 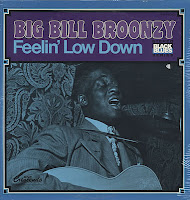 Big Bill Broonzy’s Feeling Lowdown (my parents had it), The Blues Roll On on Atlantic… and one day a good friend and I found a record store which had some blues LPs for $1.98 including five early B.B. King ones, the Howlin’ Wolf LP originally on Crown, Otis Spann and more.

When did you come to Chicago and what was your first impression of the Chicago blues scene?

Like my friend Elvin Bishop had done eight years earlier, I wanted to go to the “University Of The Blues.”  I got accepted to the U. of Chicago and started there in September 1968 (shortly after the riots).  I’d seen Jr. Wells with Louis Myers on guitar live in Seattle; they’d encouraged me to contact them when I got to Chicago.  I also made some other very valuable connections quickly.  I only stayed for a year of school, but got to be pretty good friends with Louis Myers, Jr. Wells, Otis Rush, Magic Sam, Howlin’ Wolf, Johnny Shines, Willie Dixon and Earl Hooker, plus some really helpful collectors, record biz people and White Blues Mafia members.

My first impression was that I was in heaven and that my world had exploded, for the good.   No other year expanded my life nearly as much.  The ghetto club scene was still happening (it was still pretty much all there was on a regular basis) and some of the best clubs were just a couple miles away from my dorm; it was the last year to hear Magic Sam, Earl Hooker and Otis Spann… it was beyond fantastic and I knew I’d found my destiny, even though I still wasn’t sure what form my involvement would take.

Magic Sam was one of the first Chicago-based blues artists that seemed to have an opportunity to break out beyond the blues scene….How good do you think he would have been and what would he have sounded like had he lived beyond 1969?

We were friends; in fact, some fellow student carved “Dick – Magic Sam Called” into the door of my dorm room in six inch letters when we were playing phone tag about a dance for which I’d booked him.  The day before he died, I booked him some gigs in the Pacific Northwest.  Sam was a fantastic artist; he had tremendous drive and his voice soared, floated, and filled the room.  If he had lived and kept it together, he could have at least been Luther Allison or Albert Collins.  Like those two or Freddie King, his energy would have connected well with a white, rock-raised audience.  But he did have his foibles, bad luck, and a bad heart, so it’s possible he wouldn’t have fulfilled all of everyone’s hopes, or he may have turned out to be Otis Rush, a genius with a superb legacy but also an enigma.  It’s just a crying shame that we’ll never know. 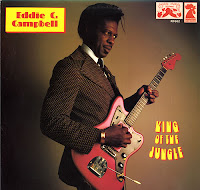 How did you get into the production business?  Was it something you always wanted to do, or something you just happened to fall into?

I fell into it.  Most blues producers learned by the seat of our pants.  My first released material with production credits didn’t really involve being a producer: some live Earl Hooker tapes I made in September 1969 came out on Arhoolie, and I ran the tape recorder when George Paulus recorded Big John Wrencher in his basement a couple days later.  After I moved to Chicago to stay in 1974 (after I’d finished school, which I wanted to get out of the way without the distractions of the music scene), my friend Wes Race (who was on very good terms with Delmark and just about everyone else) encouraged the label to involve me in Otis Rush’s Cold Day In Hell project because I got along well with Otis and knew his repertoire in pretty extensive detail.  Then I helped Frank Scott with the Chicago Blues At Home album on Advent (which amazed me with a Grammy nomination); helped my good friend Steve Wisner and his Mr. Blues label with Good Rockin’ Charles, Eddie C. Campbell and later Mojo Buford; Bruce Iglauer started asking my opinion about projects, bless his heart, and after I brought him Albert Collins in ’78 we started collaborating); the Dutch label Black Cat (which soon became Black Magic) had me do some projects for them… and the rest is hysteria. 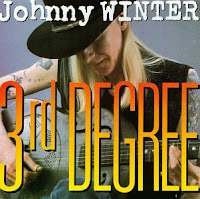 What are your primary duties as a producer?

To do whatever needs to be done to see the project through to successful fruition.  That involves organizing, planning, running a session, making necessary decisions, mixing and editing…  In some ways I like it more the less I have to do, because that means the artist has a solid plan.  But it can involve making up a budget and pitching the artist to a label; working on material (cover tunes, polishing up originals); helping to figure out the personnel;  scheduling the studio time and acquiring the necessities; getting dubs and itineraries out to the band; rehearsing; doing the sessions; mixing; editing; and maybe helping to master.  It also means trying to bring the best out of an artist while keeping their vision as the focus, and taking care of the logistical concerns so they can focus on the creative part.

Of all your production efforts, of which ones are you the proudest? 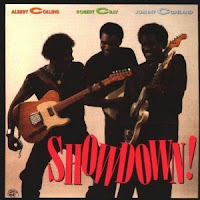 I can’t single one out, but I’m proud that Showdown! won the Grammy it deserved; have always loved Third Degree and the other six CDs I did with Johnny Winter, and the other six I did with Albert Collins; Roy Buchanan was phenomenal, the best technical guitarist with whom I got to work; Johnny Heartsman was a long-time dream and maybe my favorite all-around blues musician; Fenton Robinson was a gentleman and one of my most favorite artists and people ; it was a thrill to help Jody Williams with his comeback; I’m happy about Eddie C. Campbell’s two Delmark CDs and my role in King Of The Jungle; Larry Garner was a real treat; so was Big Bill Morganfield; I’m proud of the two CDs I did with Magic Slim, especially Black Tornado; the Lee “Shot” Williams CD I did for Black Magic got us some nice awards and is a personal favorite; so are the two I did with Andrew Brown, whose faith and trust were among the greatest gifts anyone ever gave me; but I don’t want to slight anyone.  I can’t think of a project that didn’t offer real joys.  I’m also proud of the long essay I did about B.B. King’s recording career for the recently released ten CD set Ladies And Gentlemen… Mr. B.B. King.  Now THAT was an honor and a pleasure.  And I’m proud of the reissues I’ve compiled.


There are some talented young musicians emerging from the Windy City.  Where do you think the Chicago blues scene will be ten years from now?

Probably still a scene left but a lot more change ahead in ways we can’t even imagine yet.  And sadly, still more of the attrition that has ravaged the ranks of historical traditional blues artists.  There are already just a handful of remaining first-hand witnesses to the Glory Days of the early 1950s scene.

Have you ever considered sitting down and writing a book about your experiences?

A friend of mine in Seattle made me a nice rocking chair.  If/when I retire out there, maybe…  Meanwhile, I focus on being active and my writing consists mostly of annotating CDs and doing my news column.

Do you have any future production projects in the works?

I’m working on a Lurrie Bell project with Delmark; another project with a new name may be coming together but it’s too early to say.  I’m also helping Black Magic put together a live 1984 Fenton Robinson CD, which I’ll annotate.