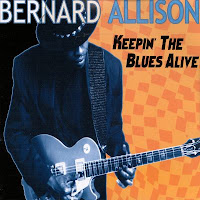 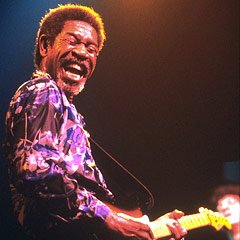 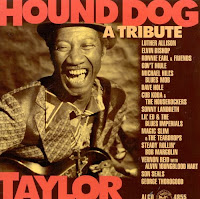 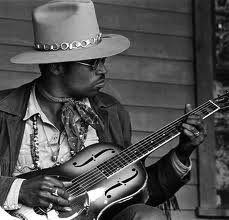 We're past the halfway point with our first Blues Fix Mix CD.  The most important thing to remember about a mix CD is that you have to put as much music as technologically possible on it, meaning you have to get as close to 80 minutes worth of content as you can, especially if you're a bit on the dorky side, like I am.  Therefore, when we're done, we will have a CD full of great blues tunes.

Our tenth track comes from one of the most prominent blues figures of the late 60's/early 70's.....actually the latter part of the 20th Century would fit there.  Taj Mahal (born Harry St. Clair Fredericks) started out playing acoustic blues, later expanding to electric blues, soul and R&B, reggae, Caribbean, folk, gospel, Latin, West African, and even Hawaiian music.  While doing that, he never strayed far from his acoustic blues roots, and has continued to make some excellent music over the past fifty years. 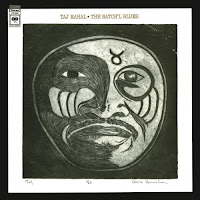 Back in the 70's, when they had this thing called record stores, one could always find a few Taj Mahal recordings on the shelves......he recorded for many years on the Columbia label, which was a major recording label (and still is, though now part of Sony Music) during that time, which guaranteed his recordings would have pretty wide distribution.  If Mahal had only recorded his first three albums, his self-titled debut, The Natch'l Blues, and the double LP Giant Steps would have cemented his place in the blues pantheon.

Mahal was able to help update, therefore revive, the country blues sounds of the 30's and 40's.  While he may not sound like anything special nowadays, just remember that when he first started doing this around 1967/68, there was nobody else in the blues world, or the rock world for that matter, who sounded like him.  It was a refreshing new take on the blues and his influence can be heard in a number of more recent artists, such as Alvin Youngblood Hart, Keb' Mo', Guy Davis, and Corey Harris.

I had to include my favorite Taj Mahal song, "She Caught The Katy and Left Me a Mule To Ride," from The Natch'l Blues.  Mahal wrote this song with Yank Rachell, the master of blues mandolin who began his career in the 30's and was active until his death in 1987, and it has become one of his most famous compositions.  It's been covered many times and many people will recognize it from the Blues Brothers' rendition over the opening credits of their 1980 movie, which made sense because it was one of John Belushi's favorite blues songs.  As you can hear below, Belushi had excellent taste in blues songs.

All of Taj Mahal's music is great, regardless of the genre he was exploring at the time.  Blues fans will enjoy his self-titled debut, The Natch'l Blues, both released in 1968, or more modern fare like Senor Blues (1997) or TajMo, his recent collaboration with Keb' Mo'. 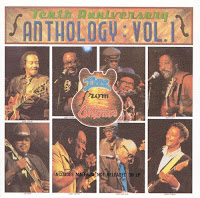 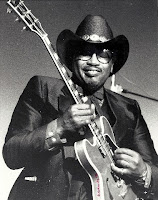