This week, Friday Blues Fix features five more outstanding recordings that you might have missed the first time around, either because they were released before you became a fan, you may not have known about them upon first release, they are no longer in print, or they got lost in the shuffle among a boatload of other great CDs that came out around the same time.  Hey, it happens to me all the time.  That's why we do our best to keep everybody in the loop here at FBF......to make sure that you don't miss out on some wonderful music.  Let's get started. 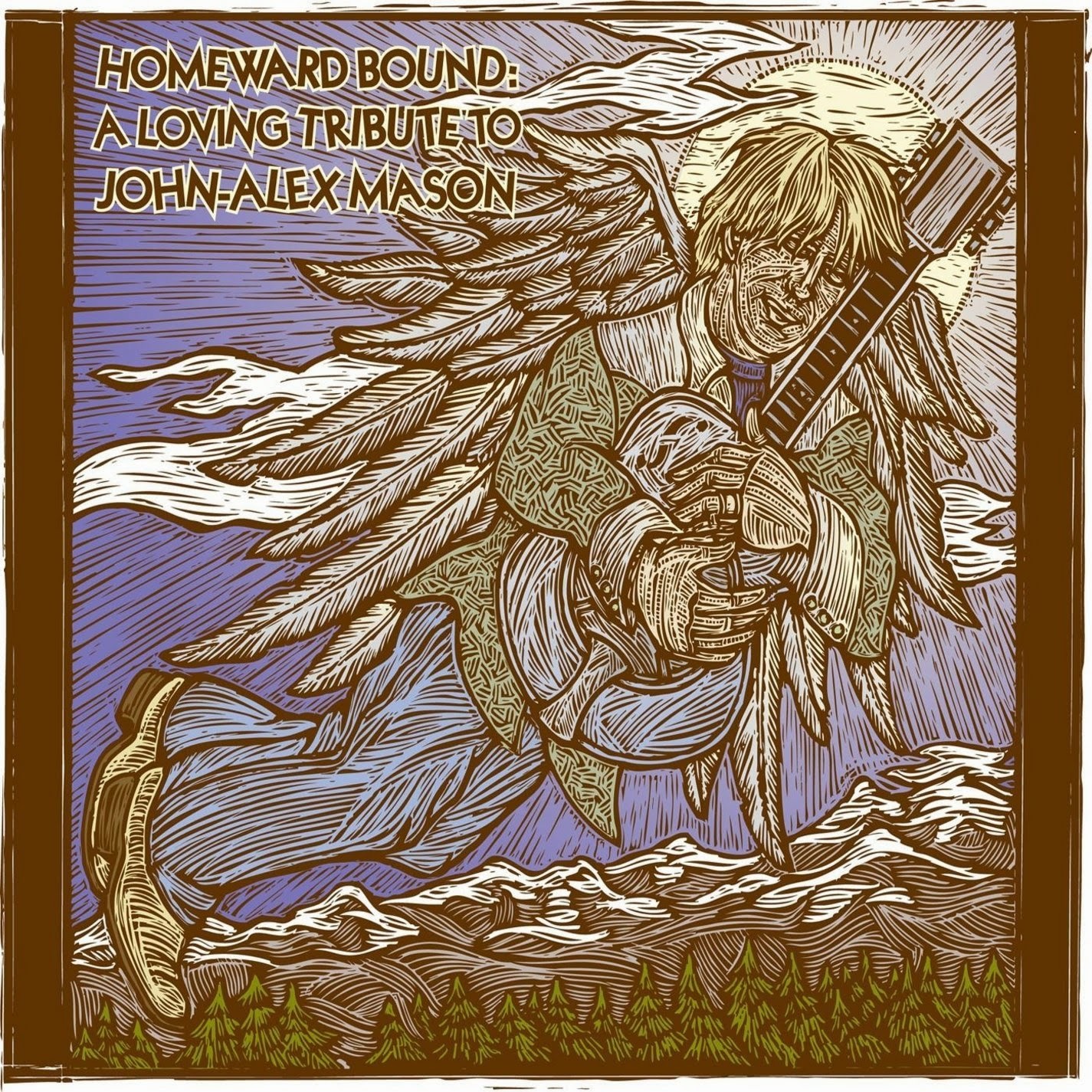 Various Artists - Homeward Bound:  A Loving Tribute to John-Alex Mason:  I was a latecomer to Mason's music, picking up with his great 2008 release, Town and Country, then his masterpiece, Jook Joint Thunderclap, but I loved what I got to hear.  Unfortunately, he passed away not long after the release of the latter album, from complications after cancer surgery.  The loss was devastating to his family (one of his children was born a few weeks after his death), his fans, and the blues community in general.  A group of his fellow musicians joined forces to record a tribute disc in 2012.  This set of blues and roots musicians included album producer Elam McKnight, Cedric Burnside, Big George Brock, Jeff Norwood, Bob Bogdal, Sam Simon, Davis Coen, Fiona Boyes, Valerie June, Microwave Dave, and others.  Each brought an original tune to the disc, touching on the blues, blues-rock, roots, and country blues.  It's somber at times, haunting at times, but what comes through more than anything is the love and respect that each of these artists had from Mason.  Obviously, he touched a lot of lives during his short time on Planet Earth.  Though the music is great, as an added incentive, money from the sales of this disc go toward a special fund that has been set up for his kids, which is a worthy cause if there ever was one.  This disc can be purchased at the albums indiegogo site. 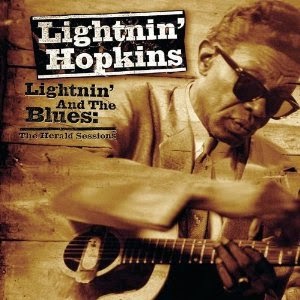 Lightnin' Hopkins - Lightnin' And The Blues: The Herald Sessions (Buddha):  Everybody who considers themselves a blues fan needs at least one Lightnin' Hopkins recording in their collection.  From the mid-40's until just before his death in 1982, Hopkins reportedly recorded more albums than any other bluesman, and just about all of them are worth hearing.  The best thing about being a newcomer to his music is that you can really pick up just about any recording he did and not be disappointed.  When Hopkins recorded this material in Houston for Herald Records in 1954, he was in a transition period.  Most of his black fans had moved from his easy-going country blues style to the more modern, urban blues and R&B of the era.  This is some of Hopkins' most rowdy and raucous material, he plays some of his best electric guitar, and there's also a rhythm section in support.  Within a few years, Hopkins had been "rediscovered," even though he'd never left Houston, and was soon traveling the folk-blues circuit and recording even more albums for various labels, but this set stands as one of his best.  It's available in several different formats from several different labels (I had the set from Collectibles back in the early 90's), but this Buddha set has the best sound and four previously unissued tracks. Deacon John Moore - Deacon John's Jump Blues (Image Entertainment):  For many years, Deacon John has made Crescent City music lovers very happy.  He's played everywhere from proms to birthday parties to fraternity formals to debutante cotillions to festivals to carnival balls to charity events to wedding receptions.  He's played blues, blues-rock, R&B, and rock & roll.  In 2003, he released this ambitious set that pays tribute to the New Orleans R&B and musicians that inspired so many hits of the 40's, 50's, and 60's.  The Deacon breathes new life into a boatload of familiar tunes with assistance from many local legends, such as piano wizards Allen Toussaint, Dr. John, and Henry Butler, singer Teedy Boutte, the gospel group The Zion Harmonizers, and a crack band led by Wardell Quezergue and powered by the saxophone of Amadee Castenell.  It's an incredibly inspired set that could have only been better if it had been longer (only 40 minutes), but there's also a great DVD capturing a live performance of these tunes.  If you're not a fan of New Orleans R&B before you hear this, you will be afterward. 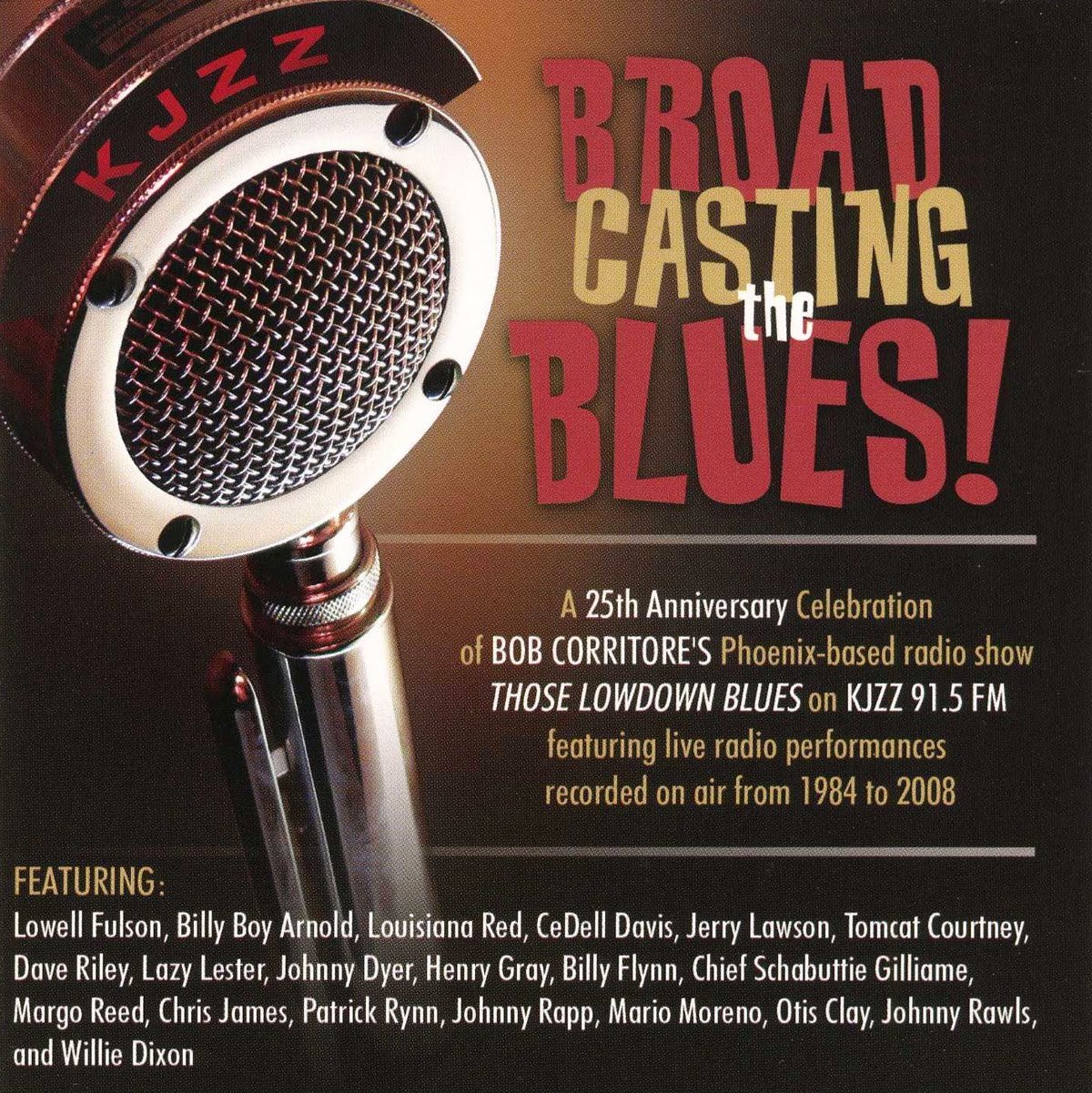 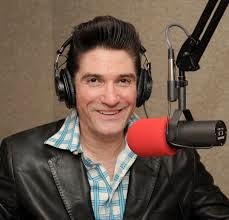 Various Artists - Broadcasting the Blues! (Southwest Musical Arts):  Now this is a collection that no blues fan should be without!!  For nearly 30 years, harmonica ace Bob Corritore's radio program, Those Lowdown Blues, on KJZZ 91.5 in Phoenix, has hosted some of the biggest names in the blues, and has featured live performances from most of them.  In 2009, this CD celebrated the show's 25 years of keeping the blues alive by collecting some of the finest and rarest performances from an impressive array of artists (Lowell Fulson, Billy Boy Arnold, Otis Clay, Louisiana Red, Dave Riley, Henry Gray, Johnny Rawls, and Lazy Lester.....30 tracks in all.  Some highlights include Clay and Rawls teaming up for the gospel tune, "I Want To Be At the Meeting," Fulson's "Sinner's Prayer," Gray reprising his classic "Cold Chills," and a dandy pair of tunes from Lazy Lester.  Corritore is still going strong today on the radio, with his club, The Rhythm Room, and his regular performances and recordings.  You can catch Those Lowdown Blues on Sunday nights by going to the station's website and tuning in. 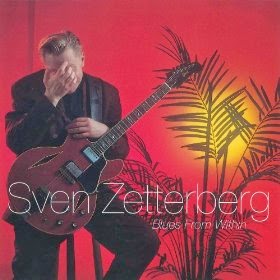 Sven Zetterberg - Blues From Within (Amigo):  One of the great things about writing reviews for Blues Bytes since 1999 is that I've been able to hear some great music that I might not have ordinarily heard, especially blues from artists in other countries.  As far as the blues in Sweden go, they don't come much bigger than Sven Zetterberg, who's been playing the blues since he was 12, when he learned harmonica in the style of Little Walter.  By the time he was 20, he had formed his first blues bands, Telge Blues, and in the 90's he founded the Chicago Express, which was Sweden's top blues band throughout the 90's.  In 1999, he released Blues From Within, his debut as a solo artist, and it's a most impressive effort, with Zetterberg playing Chicago-styled blues, Texas shuffles, and smooth urban soul.  A skilled guitarist, harmonica player, and songwriter, he's also a incredibly soulful vocalist....so good that you will forget that he's actually from a few miles east of the Windy City if you're not careful. Zetterberg has been pretty prolific over the years, with some really great blues and soul recordings that show his mastery of both genres.