In Case You Missed Them.....Like I Did 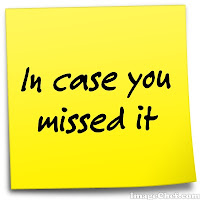 Every once in a while, I will find a few great releases for bargain prices that I missed the first time around.  At the time most of these were released, I was caught in everyday life events or a little shy of money (It would be physically, and financially, impossible for me to pick up every release I want to hear anytime I venture into a record store, physical or virtual) and I forgot about them, only to be reminded of them in recent weeks.  Here's a few that I recently tracked down......in case you, like me, missed them. 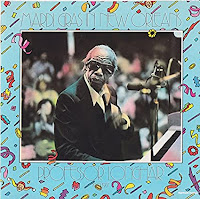 Professor Longhair - Mardi Gras In New Orleans:  1949-1957 (Nighthawk Records):  Actually, I owned this on cassette many moons ago.....it's probably still around, in fact.....but I had never found it on CD.  It's been reissued a couple of times over the years since I grabbed my copy in the late 80's.  During the 50's, Fess recorded for a host of different labels and this set collects his recordings for Star Talent Records, Mercury Records, Ebb Records, Federal Records, Wasco Records, and one from Atlantic (who collected their 50's recordings of Fess on New Orleans Piano.....grab it if you can find it).  Professor Longhair's repertoire was not very vast, by any means, and he recorded several of these tracks more than once, but I've never met anyone who said they had enough Professor Longhair in their collection.  If you can find this one, on whatever label it's issued on, I highly recommend it.  Fess's 50's recordings, all of them, are a blast to hear. 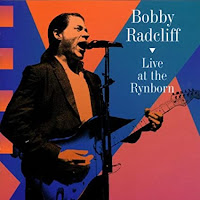 Bobby Radcliff - Live at the Rynborn (Black Top Records):  I met the incredible Bobby Radcliff on Facebook a few years ago, via Ilana Katz Katz while I was interviewing her for FBF.  He's a really nice, friendly guy and I would love to interview him someday.  I first heard him on his first two Black Top releases (Dresses Too Short and Universal Blues) in the early 90's and his guitar playing was just amazing.  Those are still two of my favorites, but I was never able to track down his second two releases for the label before they closed up shop.  I had heard good things about both of them and I was finally able to track down his live release a few weeks ago.  I didn't think I could be blown away by his guitar work any more than I was with Dresses Too Short the first time I heard it, but I was wrong.  This set was recorded in late 1996 at the Rynborn Theatre in Antrim, New Hampshire, and Radcliff plays the whole set like his hair is on fire and he makes most of these songs (nearly all covers) his own with his unique and dynamic guitar work.  It's just a jaw-dropping experience from start to finish.  Believe me when I say that if you like blues guitar, especially the old school Chicago West Side variety, you need to treat yourself to Bobby Radcliff.  You can thank me later. 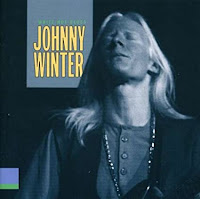 Johnny Winter - White Hot Blues (Columbia/Legacy Records):  I wrote about Johnny Winter after he passed away in 2014, focusing on his mid-80's recordings for Alligator Records.  As I wrote at the time, I was not familiar with his pre-Alligator recordings when I started listening, and truthfully, I had not really backtracked to hear them, planning to do it one day down the road.  Well, a few weeks ago, "one day down the road" took place, and I found this set that collects 16 of his most blues-related tracks from his tenure with Columbia (1969 - 1980).  I had seen this set when it was first made available in the late 90's, but never picked it up.  These tracks are really good....not quite as raw to these ears as those Alligator recordings, but it's pretty close.  He was always a flashy guitarist, but these tracks are strongly grounded in the blues.  Of course, the line between Johnny Winter's vision of blues and rock n' roll has always been a very thin one.  These are the best pure blues tracks he laid down prior to his Alligator run.  I know most everyone who was a fan came to Johnny Winter from the opposite direction that I did, but really there's not a bad way to discover him.