One of my favorite things about listening to the blues has always been the slide guitar, whether one of the bottleneck masters of the pre-war era (Son House, Robert Johnson, Tampa Red, etc.....) or the post-war era (Muddy Waters, Elmore James, Earl Hooker, Homesick James, etc....) or the many current stars currently practicing.  One of my favorites for a long time now has been Sonny Landreth.  Since the first time I heard him playing with John Hiatt in the late 80's, I've been a fan.  He's released some quality music over the years and some of his albums are among my favorites (South of I-10 should be in any music fan's collection........it still gets played an awful lot at my house, some twenty three years after I originally purchased it).


My favorite Sonny Landreth tune is not actually a Sonny Landreth tune.......it's a Hound Dog Taylor tune......the Dog's rumbling, stumbling, raggedy instrumental called "Taylor's Rock,"  To be honest, listening to Taylor's original version on his self-titled 1971 Alligator release (the first ever for the label) was a life-changing experience for me......the whole album was, in fact.  I've never heard anyone play the blues quite like Hound Dog Taylor and chances are good that most other blues fans might say the same thing.

Landreth recorded "Taylor's Rock" as part of a Taylor tribute album that Alligator released in 1998.  There are numerous great songs on the album by a host of Alligator's then-current roster, plus others, but Landreth's reading of "Taylor's Rock" is different.  Not nearly as raucous and ragged as the original (and who else could do it that way as well as Taylor), Landreth's version almost seems to soar into the clouds.  It's hard to listen to it in your vehicle without risking a speeding ticket.  I had to include this version in the second Blues Fix Mix CD.  Enjoy!! 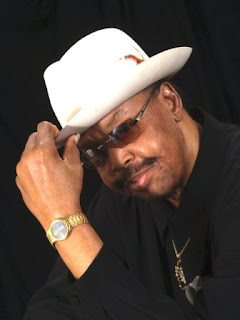 For our next selection, let's move over to the soul-blues side of the aisle with Lee "Shot" Williams.  Williams was raised in Mississippi near his cousin, Little Smokey Smothers, and earned the nickname "Shot" from his mama, because when he was a kid, he loved to wear suits and dress up like a "big shot."  Williams moved to Detroit in the mid 50's and then to Chicago in the late 50's, where he began singing in Smothers' band, later joining Magic Sam's band and after that, he joined Earl Hooker's band.  He recorded singles for multiple labels in the 60's and 70's with a few minor successes, finally releasing his own album in 1977.  In the 80's, he moved to Memphis, where he knew he could catch on with the soul-blues circuit, which he did......I can remember seeing his name plastered on those colorful old posters for various soul-blues festivals in my area.

In the early 90's, Williams sang guest vocals on Smothers' album for the Dutch label Black Magic, Bossman:  The Chicago Blues of Little Smokey Smothers (produced by Dick Shurman).  Based on that performance, the label decided to record Williams with his own band (and Smothers guesting on guitar).  The result was Cold Shot, which was voted Best Blues Album of 1995 in Living Blues magazine's Readers' Poll.  Cold Shot definitely boosted Williams' profile.  He signed with Ecko Records in Memphis and released, naturally, Hot Shot, which is arguably his best effort, along with several other albums for Ecko and, later, CDS Records.  Despite his larger profile from Cold Shot, Williams still mostly toured clubs in the South, though he did play the Chicago Blues Festival in the mid 90's.  He passed away in 2011 at age 73.

Lee "Shot" Williams' contribution to our second Blues Fix Mix CD comes from Cold Shot, and it is a terrific, bombastic cover of "If It Wasn't For Bad Luck," a single released by Ray Charles and Jimmy Lewis in the late 60's.  Where the original version is stripped down and funky, Williams' version benefits greatly from his world-weary vocal, Smothers' stinging guitar break and the Chicago Playboy Horns.  This is one that all of us blues fans can certainly relate to, so sit back and enjoy!! 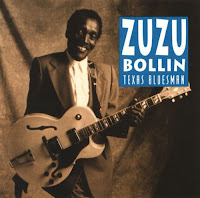 For the second track of our second mix CD, we'll journey down to Texas and meet Zuzu Bollin.  Bollin's recorded output was pretty limited, but memorable.  Born in 1922, he formed his own combo in the late 40's and later toured with R&B legend Percy Mayfield.  After returning to the Dallas area, he released a pair of 78's in the early 50's on Torch Records....."Why Don't You Eat Where You Slept Last Night"/"Headlight Blues" and "Stavin' Chain"/"Cry Cry Cry."  After that, he toured with a few bands until the mid-60's, when he left the business to go into the dry cleaning business.

Bollin was thought to be dead until Chuck Nevitt of the Dallas Blues Society found him in Dallas in 1988.  After forming a backing band, Nevitt recorded and produced Texas Bluesman, Bollin's first album on his own Dallas Blues Society Records, releasing it in 1989.  Bollin toured behind the album, making appearances in the U.S. and overseas, but unfortunately, he passed away in October of 1990.  Nevitt later sold the record to Antone's Records in Austin, who released it on CD and cassette around 1991. 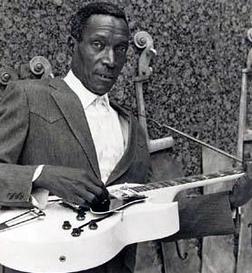 I first heard of Zuzu Bollin in the late 80's via the full page ads that the Dallas Blues Society placed in Living Blues, but I didn't order it because I didn't have a turntable.  When Antone's released it on cassette, I snatched it up and later bought it on CD.  I really enjoyed Bollin's guitar work, which owed more than a passing debt to another Texas guitarist of note - T-Bone Walker, and his strong, booming vocals.  He re-recorded both sides of his first 78 for the album and included tasty covers of several other familiar jump blues tunes dating back to his first stint in the business, including Track 2 of our collection, a rip-roaring reading of Gene Phillips' "Big Legs."

By the way, Zuzu Bollin was born A.D. Bollin, but earned the nickname "Zuzu" in his early days as a musician from his band mates because he loved a particular brand of ginger snap cookies, called ZuZu's. 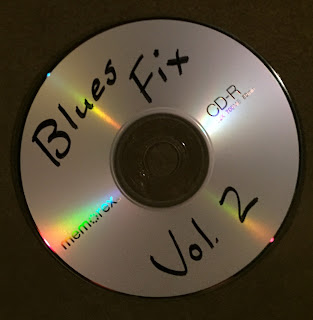 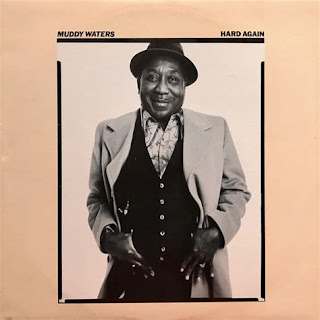