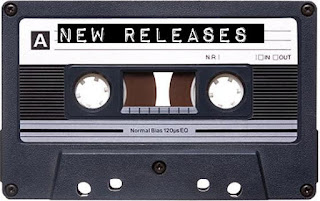 After a bit of a forced hiatus, Friday Blues Fix is back with more new blues for you.  As always, expanded versions of these reviews can be found in past, current, or future issues of Blues Bytes, THE monthly online magazine of blues CD reviews.  This week, we will look at seven more new, or fairly new releases that deserve a spin on your CD player or iPod or the media player of your choice. 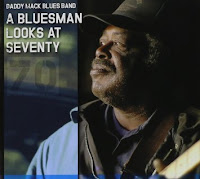 Daddy Mack Blues Band - A Bluesman Looks at Seventy (Inside Sounds):  Okay, so this one is not so new....it actually came out last summer, but I just picked it up, so it's new to me.  Longtime readers here at FBF have heard me singing the praises of Mack Orr and his rock solid Memphis band ever since the beginning of the blog.  From the first time I heard Daddy Mack, I have been enthralled by his down-home greasy, gritty blues style.  There's nothing fancy here at all, just the old school blues played extremely well.

As you might have guessed, this disc celebrates Orr's 70th birthday, and it's pretty easy to hear that he gets better with age.  With 14 excellent tracks, backed by his fine band (and guest stars Brad Webb, Carl Wolfe, and GTBB's Matt Isbell), there's plenty to enjoy from fans of traditional blues artists like Magic Slim, Muddy Waters, Albert King, and B.B. King.  I hear a lot of these guys when I play a Daddy Mack Blues Band CD.  You can't go wrong with any of his recordings, but this one is a great place to start. 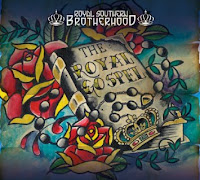 Royal Southern Brotherhood - The Royal Gospel (Ruf Records):  The line-up may change from album to album, but the musical vision remains in place for RSB.  This time around, in addition to returning members Cyril Neville, guitarists Bart Walker and Tyrone Vaughan, and drummer Yonrico Scott, there's a new bass player (Darryl Phillips).  Guest Norman Caesar really fattens the band's sound with some tasty Hammond B3 on assorted tracks, too.

The band's combination of Southern rock and Crescent City-fueled R&B/funk continues unabated with this great new release, which features tracks that focus on each of the styles individually, plus a few that combine the genres with excellent results.  Many of the tunes were written by the band members, with Neville contributing several of his songs that focus on modern issues, along with a couple of strong ballads.  Walker proves to be a pretty effective partner in songwriting and vocalizing.  This one is my favorite of RSB's already impressive catalog (five releases in four years). 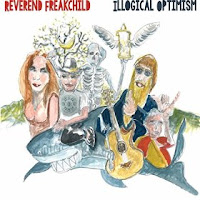 Reverend Freakchild - Illogical Optimism (Treated and Released Records):  I really dug the Reverend's previous release, Hillbilly Zen-Punk Blues.  He's quite a talented guitarist and has a versatile vocal style.  He's not afraid to take the blues in different directions either, mixing different genres together.  I promise that you've never quite heard anything like Reverend Freakchild and you get a full taste of his talents on this entertaining 3-CD set.

Disc One is called "Odds, Ends and Other Amazingness," which is appropriate, as he mixes a few new songs with some uniquely reimagined cover tunes....from Lennon to Dylan to the Meters to Blind Lemon Jefferson to Bo Diddley, with some gospel covers to boot.  Disc Two, called "Everything Is Now," features a dozen reworkings of "All I Got Is Now," a tune from his previous release.  The reworkings go from funk to country to reggae to punk to French and German versions.  Disc Three, "Kairos," is a short disc that showcases Florida's Ramblin' Jennings, a former preacher who now plays the gospel blues on South Beach.  It's raw and ragged and righteous!!

This set was a lot of fun to listen to.  You never really know what direction a Reverend Freakchild song is going to take, but you can be assured it won't be dull whatever he chooses. 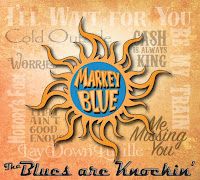 Markey Blue - The Blues are Knockin' (SoulOsound Records):  It's been a big couple of years for the Nashville-based duo.  They advanced to the semi-finals at this year's I.B.C. and several of the songs from their previous CD, 2014's Hey Hey, gained spots on TV with one making a motion picture.  They've been nominated for Blues Blast Awards the last couple of years, too.  Singer Markey and guitarist Ric Latina's brand of blues combines elements of the Mississippi Delta with Memphis soul and the Chicago blues.

Their latest release features a bevy of well-crafted original tunes, and really showcases Markey's impressive versatile vocals and Latina's standout fretwork.  Among the songs are a couple of tribute tunes to two of their influences, B.B. King and Little Milton Campbell.  This pair has released two winners in a row and certainly deserve to be heard by a wider audience. 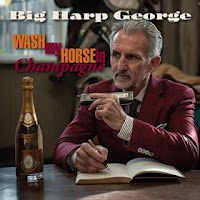 Big Harp George - Wash My Horse in Champagne (Blues Mountain Records):  While it certainly will finish in the Top Ten for Most Unusual Album Title this year, there's a lot of great music for blues harmonica fans on this disc.  Big Harp George Bisharat's specialty is the chromatic harmonica, but he doesn't play it like anyone else, preferring to play it through a voice mic instead of the traditional harp mic.  The result is a rich, liquidy sound that you don't ordinarily hear from a chromatic.

Bisharat is also a very good vocalist and songwriter, displaying a lot of range in his original tunes, moving easily from blues to rock to jazz to Latin influences.  He gets plenty of help from guitarists Kid Andersen and Little Charely Baty, a solid rhythm section, and a tight horn section on several tracks.  If you're wondering, "Where in the world did this guy come from," Bisharat was a criminal defense attorney and professor of law in California and has been a commentator on law and the Middle East for years, but he recently turned to playing his music full time.  Blues fans are happy that he made the transition. 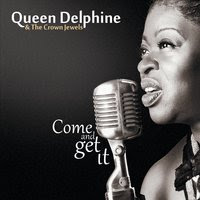 Queen Delphine and the Crown Jewels - Come and Get It (Juke House Records):  This is a great 5-song EP that serves as an introduction of sorts to Queen Delphine (a.k.a. Harriett D. Ellis).  The Queen has a big powerful voice that will remind listeners of classic singers like Big Mama Thornton and Koko Taylor, and she's backed by an excellent band.

The EP features four original tunes, written by Ellis and her husband Lee, and one sizzling cover of Koko Taylor's "I'm A Woman."  Three of the original songs touch on Southern soul/blues, jazz, and gospel, and the fourth is an instrumental that gives the band a few minutes in the spotlight.  This is a very good set of traditional and modern blues and show Queen Delphine to be quite a compelling vocalist.  Hopefully, we will hear more from her soon. 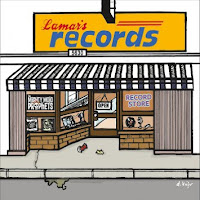 Mighty Mojo Prophets - Record Store (Mojo King Music):  The Prophets issued their third album on their own label, and it's a doozy.  Packed with thirteen originals, all penned by singer Tom Eliff and guitarist Mitch Dow, this one will please those listeners who dig the blues the way they used to do them.....straight-forward, no frills, just rock-solid performances that never disappoint.

These guys know their way around an old fashioned shuffle for sure, but they also venture into soul territory and the swampy sounds of Excello show up, too.  One thing about the Mighty Mojo Prophets is that they stick to original material exclusively and it consists of old style tunes that would be a perfect fit in the era that they recall.  The title track will definitely make baby boomers wistful for the days when they could walk into their local record store and thumb through the albums in the rack.

More to come in a few weeks.

R.I.P. Willie Seaberry, owner of Po' Monkey's juke joint in Bolivar County, MS, who passed away last week.  He was 75 years old and truly a blues icon.  I never had a chance to visit Po' Monkey's and I regret not having the opportunity to meet him. 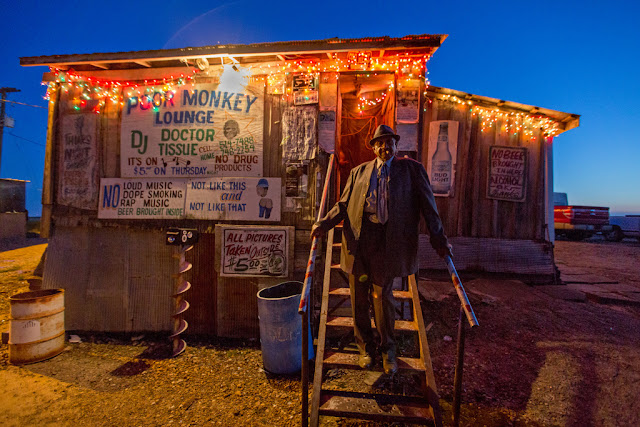