If you're a blues fan at all, chances are that you've heard a song that either originated from or was influenced by Excello Records.  Many of the songs from the Nashville label's catalog have been covered by the Rollling Stones, the Fabulous Thunderbirds, Omar & the Howlers, Dwight Yoakum......and were a huge influence on John Fogerty during his Creedence Clearwater Revival days.  Just about any blues band worth their salt has at least one Excello song in their repertoire. 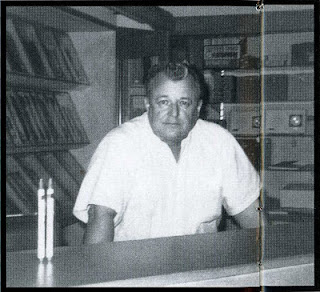 The man responsible for putting Swamp Blues on the map was Jay Miller.  Miller started out as a musician, playing guitar with several area Cajun bands.  He started recorded Cajun musicians in the late 40's, and started recording Swamp Pop artists, like Warren Storm, Johnny Allen, King Karl, and Rod Bernard in the 50's.  He also began to record many blues artists for Excello, becoming one of the first to use interracial bands in the studio.  He was also responsible for the nicknames given to most of his recording artists. 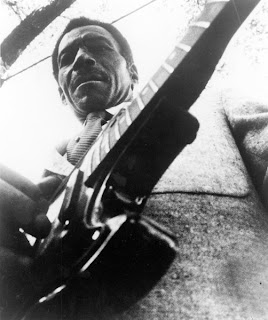 In 1954, Miller recorded a Baton Rouge guitarist named Otis Hicks.  Hicks recorded "Bad Luck Blues," using the name Lightnin' Slim.  Slim recorded around 12 years for Excello, producing such classic tunes as "Rooster Blues," "I'm Evil," "Bad Luck and Trouble," "It's Mighty Crazy," and "Hello Mary Lee."  Slim played on many Excello sessions and was one of the label's most recorded performers.  In 1965, he migrated to Michigan and started working in factories up north (actually, he left Louisiana after wrecking Miller's truck).  He was eventually rediscovered and re-signed with Excello, making a few more recordings before dying in 1974 from stomach cancer.  There was nothing pretty about Slim's music, just the basics, but it was the basics done well.  Here's one of Lightnin' Slim's biggest hits, "Rooster Blues." 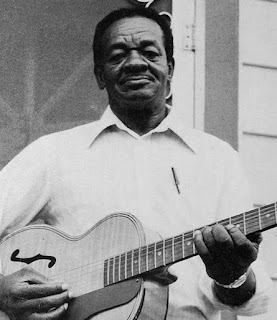 Another find for Miller was Clarence Green, AKA Lonesome Sundown.  Sundown got his start playing guitar, along with Phillip Walker, with Clifton Chenier's band.  Sundown's blues were more closely linked to Muddy Waters than Jimmy Reed and he released several standout tunes, including "I'm A Mojo Man," "Gonna Stick To You Baby," "My Home Ain't Here," and "My Home Is A Prison."  Though he was pretty popular and sold records locally, he never had a charted hit.  He gave up on music in the mid 60's, went to work in construction and became a minister.  He did make a brief comeback, recording a disc for Joliet Records (Been Gone Too Long

), produced by Bruce Bromberg and Dennis Walker, and he also recorded a disc with Phillip Walker, but soon walked away for good, passing away in 1996.  Here's Sundown's "My Home Is A Prison," written by Miller after hearing Sundown and his wife have a heated argument over the studio phone. 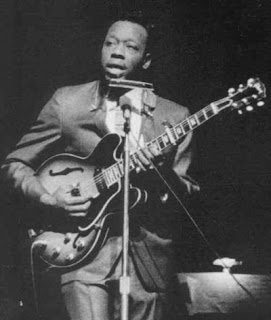 The most successful of the Excello artists was James Moore, AKA Slim Harpo.  Harpo played guitar and neck-rack harmonica in a style similar to Jimmy Reed.  Like Reed's, it was pretty laid-back, but with a different sort of rhythm, mixing in elements of rock and roll and country into his sound.  He had a lot of chart success, and many of his songs have been covered by artists like the Rolling Stones, Van Morrison, Hank Williams, Jr., the Fabulous Thunderbirds, and the Blues Brothers.  He was a rarity at the time because his music appealed to both black and white audiences and black and white bands equally.  Some of his songs that remain favorites for blues fans today are "I'm a King Bee," "Shake Your Hips," "Tee-Ni-Nee-Ni-Nu," "Rainin' In My Heart," and "Baby, Scratch My Back."  Harpo passed away suddenly in 1970 of a heart attack at the age of 46.  For a study of Harpo's versatility, check out "Baby, Scratch My Back" and "Rainin' In My Heart." 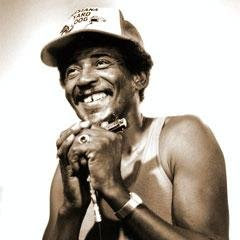 One of the surviving links to Excello now resides in Michigan.  Harmonica ace Lazy Lester (Leslie Johnson) was influenced by Jimmy Reed and Little Walter and almost accidentally became a part of the Excello family.  He encountered Lightnin' Slim, who was looking for a harmonica player, on a bus trip.  The two became musical partners and Lester appeared on nearly all of Lightnin' Slim's recordings.  He started making his own recordings in the mid 50's and recorded many classic sides, including "The Same Thing Could Happen To You," "If You Think I've Lost You," "Sugar Coated Love," and "I Hear You Knockin'."  In addition, Lester was a key component in Excello's recording process, playing percussion on anything from cardboard boxes to rolled up newspapers.  Lester took a twenty-year break from music, but resurfaced in the late 80's and still performs and records today.  One of his biggest Excello hits was "I'm A Lover Not A Fighter."


Excello recorded many other artists, too, including Lonnie Brooks, Silas Hogan, Arthur Gunter, Guitar Gable, Carol Fran, Tabby Thomas, Charles Sheffield, and Jerry McCain.  Here's a list of definitive recordings that are definitely worth a listen if your Swamp Blues collection is lacking.

(Volumes 1 - 4) - These came out in the late 90's and were absolutely excellent.  Even friends of mine who had the old Excello records loved this set.  Volume 1 was a "Best Of" set and included most of the hits and favorites.  Volume 2 was appropriately subtitled Louisiana Hoodoo Party

.  Volume 3 focused on guitar and Volume 4 on harmonica.  Added up, it's a 72-song collection of the label's best.  You could stop right here and be happy, but you would miss out on these others.....

The Best of Slim Harpo

- There are several "Best Of" collections of Slim Harpo.  This one is currently in print and is a bargain price and has all the familiar tracks.

The Best of Lightnin' Slim

I'm A Mojo Man: Best of the Excello Singles

- Lonesome Sundown - Out of print, but still can be had on eBay.  Sundown never hit big with his music, but it wasn't because the music was bad.  This set testifies to his excellence.

Trouble: Best of the Excello Masters

- Silas Hogan - Country Blues artist Hogan had already enjoyed some success before signing with Excello in the late 60's.  His "Trouble At Home Blues" was a big favorite, hitting especially big overseas.  It was later covered by Larry Garner as "Rats and Roaches In My Kitchen," in the mid 90's.  This set (also out of print, unfortunately) is a great representation of Hogan's later period of mixing his country style with the modern touches of electric blues and R&B.


Been Gone Too Long

- Lonesome Sundown - This was recorded in the mid 70's after Excello had folded.  Bruce Bromberg and Dennis Walker (later of Robert Cray fame) produced this wonderful set of new recordings for Sundown.

- Lazy Lester - All of Lester's post-Excello recordings are worth having (particularly the out-of-print Rides Again from Kingsnake Records), but this recording done in the late 90's for Antones Records really stands out, teaming Lester with a killer band (Sue Foley and Derek O'Brien on guitars, Sarah Brown on bass, Mike Buck on drums).

Really interesting. Do you know who drummed on Slim Harpo's King Bee?

Clarence "Jockey" Etienne was the drummer, according to the liner notes of The Best of Slim Harpo. Etienne is still active as a member of the Creole Zydeco Farmers.

Thanks for that. He sure can deliver a back beat!