Back in 2009, I reviewed Ronnie Earl's CD, Living in the Light, for Blues Bytes.  As most blues fans know, since Mr. Earl doesn't do vocals, he usually employs a skilled vocalist for a few tracks on each of his CDs.  On this CD, he enlisted Fabulous T-Bird Kim Wilson and New Englander Dave Keller.  Keller sang on two tracks, the funky opening track, "Love Love Love," and a mesmerizing version of Bob Dylan's "What Can I Do For You," where he was backed by members of Earl's church choir.  While Bob Dylan may have written that song, Earl and Keller make it their own.  Their version is one of my favorite songs of any genre.

A few months later, I was able to review Keller's own release, Play For Love, and I discovered that in addition to being a great singer, he was also a fine guitarist and songwriter who had released a couple of previous albums....now out of print, sadly. In 2011, he teamed with producer Bob Perry to release Where I'm Coming From...., a fantastic set of soul and blues covers which won the 2012 I.B.C. Best Self-Produced CD Award.

In 2013, Keller released Soul Changes, an excellent album of half originals and half covers which was recorded in Memphis with the original Hi Records rhythm section that graced 70's albums by Al Green, Otis Clay, Syl Johnson, Ann Peebles, and O.V. Wright.  That album was nominated for Best Soul/Blues Album at the 2014 Blues Music Awards.

A few months ago, Keller released Right Back Atcha, an album he recorded in Vermont with his working band (Ira Friedman - keyboards, Gary Lotspeich - bass, Brett Hoffman - drums), along with the Mo' Sax Horns (Jessica Friedman, former Wilson Pickett sideman Joe Moore, and Terry Youk), and mostly original songs written by Keller or co-written with Darryl Carter and Ira Friedman (plus a wonderful cover of Willie Clayton's "It's Time You Made Up Your Mind," which was written by Carter, Don Bryant, and Earl Randle back in the early 70's).  To these ears, this is the best Keller release that I've heard and it made it onto FBF's Top 20 Albums for 2017 last week.


Friday Blues Fix thanks Dave Keller for agreeing to sit down for Ten Questions.  This is one that I've been hoping to do for awhile, so without further ado, please sit back and enjoy..... 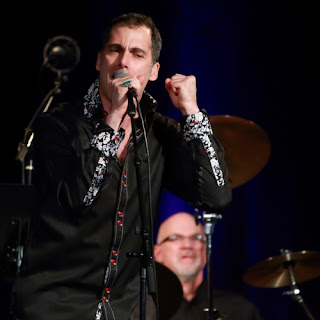 Friday Blues Fix:  Growing up, did you dream of becoming a musician, or was it something that just happened along the way?

Dave Keller:  When I was about 10 or 11, I used to play air guitar in my room, and pretend I was in the spotlight. I don't think I ever imagined it would be a career for me, though. In college, I was an English major, and figured when I graduated I would get a job writing about environmental issues, and just play gigs on the weekends. Of course, the more I 'got into' playing music, and became a better singer and guitarist, the more money I was able to make, and the more I was able to shift into becoming a full-time working musician.

Did you listen to or perform soul and blues initially or did you gravitate to those styles?

I started learning guitar at age 16, but didn't join my first band and start playing out until age 20. That first band was a rock and punk cover band, with some originals, called “Cup O' Pizza”. Around that time I discovered blues, and started really focusing on learning it. A year later, I started a blues band called “Rhythm Method”. These were both college bands at Wesleyan University in Middletown, CT. For about 10 years, all I played was blues, all I listened to was blues (radio, albums, live shows, etc.). Eventually I really fell in love with deep soul music.

You started out playing guitar, and later became a singer, which amazes me because you’re such a natural and soulful singer, I would have thought that came first…….what led you to start singing?

I grew up singing in Hebrew school and around the house. But I really never considered myself a singer. In my college bands, I sang a few songs out of necessity, but I was horrible. A couple years after graduating, I moved out west to Kettle Falls, WA. There wasn't much blues out there, and I realized that if I wanted to perform blues, I would have to learn to sing the songs myself, rather than rely on finding a singer. So every day on my lunch break, I had a little spot on a mountain road where I would park my car, and sit on the hood, and crank my tape deck up, and sing nice and loud where nobody could hear me (or criticize me). I imitated Son House, Ray Charles, the Dixie Hummingbirds, the Staple Singers. Over time – we're talking 20 years - I got better. 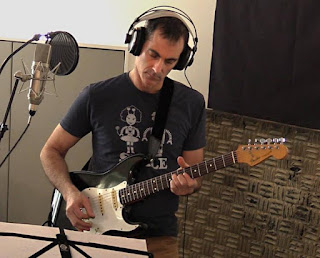 Ronnie Earl is my biggest influence as a guitarist. I used to see him all the time back in my 20s. I loved his intensity, and his wide dynamic range. Also it was cool to know that you could be Jewish and play the blues so soulfully. Robert Ward was another big influence on my guitar playing. I love the little 'Chinese' double-stops he played, and his quavering Magnatone sound. I think I have a lot of Robert Cray in my electric style as well. For my acoustic fingerpicking stuff, Paul Rishell showed my 80% of what I know. Lightnin' Wells showed me most of the other 20%.

My biggest influences as a singer are Mighty Sam McClain and O.V. Wright. Also Johnny Rawls, for his stage presence and ability to connect with an audience. I also love Solomon Burke, Wilson Pickett, Sam Cooke, Arthur Alexander, David Ruffin, Otis Clay, the Patterson Brothers, and so many other soul greats.


Can you share with us any interesting stories about your career as a musician? Are there any musicians you have worked with or met that have helped shape your career in a particular way?


Getting to know the great soul singer, Mighty Sam McClain, as a friend, really helped me believe in myself as a singer and a bandleader. Before I met him, I remember that his 'comeback album', Give It Up to Love, was my favorite CD back in the mid 90s. I knew a booking agent who was putting together a blues fest in VT, and I begged him to get Mighty Sam on the bill. But I made him promise to put me on as an opening act. I didn't even care about getting paid. I just wanted to hear Sam live, and get to meet him. Well, I did get to meet him, and handed him my debut CD, Faith. A few days later I got a call on my answering machine from Sam, saying how much he loved the CD, and asking me to give him a call. Ever since that moment, up until he passed away in June 2015, we were friends. He was always there when I needed advice, and was a true friend. Intense, funny, spiritual, loving. A beautiful person, just like his music.


How did you get together with Ronnie Earl for his album Living In The Light? Your cover of Bob Dylan’s “What Can I Do For You” is awesome.

Thank you. I met Ronnie at a Stevie Wonder concert! I was walking in the front gate and Ronnie was sitting there waiting for his wife. He was wearing a Marvin Gaye t-shirt that said “War Is Not the Answer”. I have the same t-shirt. That's how I noticed him. I introduced myself, and told him he was a huge inspiration to me. We ended up chatting for 10 minutes or so, and exchanged addresses. I sent him my CD, Play for Love, and he loved it. Not long after, he asked me to sing on his record. I've since gotten to sing with him on many occasions, including at the Blues Music Awards ceremony, and it's always a thrill. He's been very gracious and generous, and like his music, he's full of love.

Several years ago, you released an album of soul and blues covers (Where I’m Coming From....). I’ve always been intrigued as to how artists choose cover songs for their albums. How did you choose some of these songs…….were they just favorites or did they speak to you in a personal way?

Some of the songs were songs that I'd loved for years. And some were ones my producer Bob Perry thought would fit me. All of them spoke to my situation, which was being in an unhappy marriage, that unbeknownst to me, was about to implode. So the tension was there, and the songs were ones that spoke to that tension I was feeling. (Strangely, the songs I'd selected ended up as the even-numbered ones on the CD, and the ones Bob suggested were the odd-numbered ones.)

Your album from a couple of years ago (Soul Changes) mixed originals and covers, and was also released while you were going through some difficult times in your life. However, your most recent album, RightBack Atcha, is nearly all original songs…..and from listening, it seems like you’re in a much better place. How hard or easy is it to channel your personal feelings into your songwriting? Is it more difficult for you to write songs when things are going well than when things are going bad?

It's definitely easier to write when I'm struggling with things. But it's also been fun to write happier, fun, sexy songs. Kinda new for me, honestly. I definitely write from my own experience. Writing songs from a made up perspective would seem weird. I certainly won't run out of experience to write from anytime soon! 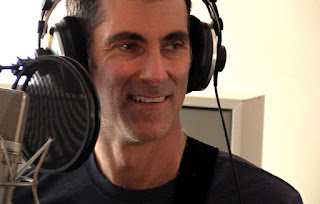 What are your future plans? Do you have any special projects in the works? Is there anyone that you would like to work with that you haven’t worked with?

No exact future plans, other than to keep writing, keep recording, keep playing out. I'd love to tour beyond New England more regularly, but I'm committed to being a good father to my two girls. I'd love to record with my buddy Johnny Rawls. I'd love to get to work with Candi Staton, or William Bell, or Mavis Staples.

Suppose I’m putting together a Best of Dave Keller CD…….which ten or twelve songs would you want to include on it…..originals or covers?


What kind of music do you listen to in your spare time? Who are some of your favorites?

If you weren’t a musician, what do you think you would be doing?

I'd love to be a writer.  If that didn't work, maybe a tour guide.  I like people and traveling! 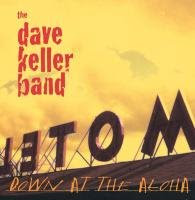 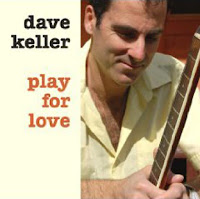 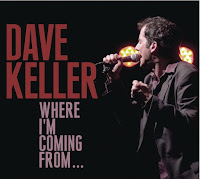 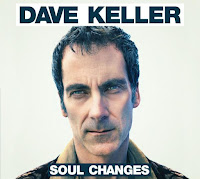 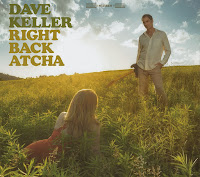