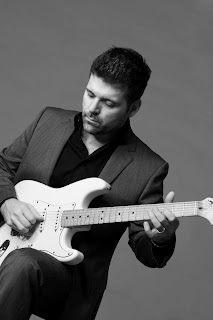 Chris Antonik made waves in 2010 with the release of his self-titled debut recording, a stunning mix of traditional and contemporary blues that showed him to be an exceptional performer, songwriter, and interpreter of classic blues.  The disc enjoyed a year-plus stay on the Roots Music Top 100 Charts, and garnered the young guitarist/singer/songwriter a Best New Artist nomination at Canada's Maple Blues Awards.  The album received numerous accolades from listeners and critics alike, and Antonik has spent the last couple of years touring and appearing at numerous blues festivals.

Antonik's latest CD, out next week (March 26th), is called Better For You.  He wrote ten of the eleven tracks, most of which deal with topics like heartbreak, various stages of relationships, life on the road, and separation from his family, and he also sings on the majority of the tracks this time around.  His guitar work is as strong and compelling as on his debut.....even more so this time around.  There are also some fine guest stars that appear as well, such as vocalists Shakura S'Aida, Monkeyjunk harmonica ace Steve Marriner, Derek Trucks Band vocalist Mike Mattison, and vocalist/keyboardist/harmonica player Josh Williams, who also helped out with vocals on Antonik's debut.  This release has been one of my favorites so far for 2013 and I can't wait until it goes "live" next week and everyone gets to hear it.  If you're a blues fan, you will dig this CD from start to finish.  I guarantee it!

The talented Mr. Antonik was kind enough to endure Ten Questions from FBF this week.  We greatly appreciate his time and patience and hope you enjoy reading this, then go out and buy his new disc.  You can thank me later.


1.  Can you tell us about the first time you met the blues? 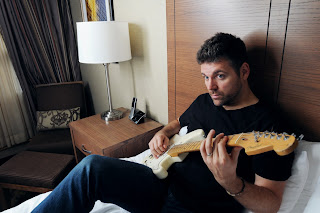 I started playing blues guitar around age 19 or 20.  Something about that age, lots of life changes.  The blues allowed me to handle the ups and own of life around me in a positive way.  I was in university at the time.  I remember locking myself in my dorm room for hours and practicing obsessively.  I probably kept a lot of people awake.  From my early twenties until early thirties, I was mostly just playing in blues cover bands.  It wasn’t until my early 30’s that I started writing my own material and recording seriously (I am 37 now).  It took me a while to find my way first as original artist and now as a singer.  But it all happened that way for a reason.


2.  What was the first blues album you heard? 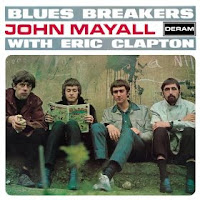 My first real blues experience was the John Mayall’s Blues Breakers album with Eric Clapton.  That was the record that got me hooked on blues guitar.  Clapton’s playing had such an impact on me.  The Robert Johnson box set and a Buddy Guy Greatest hits album also solidified things for me.


3.  What types of music did you start out listening to?

I have had many phases and I am appreciative of all kinds of music.  Growing up in the 80's and 90's, I went through a metal phase, a hip-hop phase, and, of course, the early 90's grunge phase.  I think once I found Neil Young, I found classic rock, then all the blues that informed classic rock.  Neil Young was the first person I admired as a guitar soloist.  His ability to tell stories and be so sincere with the notes is awe-inspiring.


4.  When did you decide you wanted to be a musician?

Music has always been a part of me and I have always been playing music in some form or another.  However, it’s only since 2010 that I have been getting recognition and doing it on a somewhat bigger scale.  I am still new to the business side.  I figure it’s a long road and I’ll keep working at it.


5.  Did you start out playing the blues or did you gravitate to it?

A bit of both I think.  Once I got the taste of blues guitar soloing and how the “rules” work so-to-speak, I started improvising and finding my natural voice.  It pulled me in once I got close.  There is also the emotional side too – the note bending and progressions allow me to channel a whole range of emotions, form anxiety, stress, pain, fear and joy.  Blues is full of happiness too.


6.  Who are some of your influences on guitar?

My main influences include: Clapton, Buddy Guy, Duane Allman, the Three Kings (BB, Freddie and Albert).  Clapton has always meant the most as a songwriting guitarist.


7.  A lot of your songs on the new CD, BetterFor You, seem to be inspired from personal experience.  Is there a particular method that you use to do your songwriting or do they just come naturally? 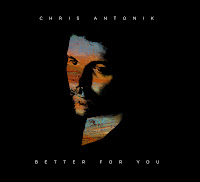 On Better For You, yes, some of the songs are very personal.  I think it comes down to having had certain experiences and being willing to talk about them in song.  I didn’t have the confidence to do that a few years ago.  Some of the songs, however, are “blues-fiction,” or short stories not based on my life (e.g. "Broken Man," "SoTired," "Long Way To Go").  I also co-write a lot.  Some of the co-writing on this album took place between Ben Fisher and I, a great songwriter friend of mine in England.  Together, we wrote "Turn toShine," "Come From a Good Place," "Broken Man," "Better For You," and "So Tired."  We sent a lot of partly-finished demos back and forth, trying to finish each other’s songs over email and these songs resulted.  I would have half of a song completed and he might be in the same situation.  We would trade back and forth.  We actually never met until after I started recording.  Our co-writes were all over email, some phone discussions.   I am pretty honest with myself when I hit a wall and can’t seem to finish a song.  Co-writing, at least for me, helps to ensure that interesting ideas aren’t left to whither on the vine.  They can find a home.

8.  You take a lot more of the vocals on the new CD.  Who are the vocalists who inspire and/or influence you, in any genre? 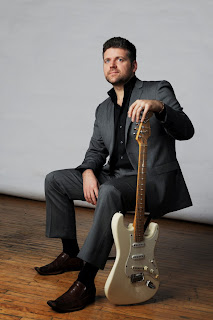 It’s interesting in that I don’t really have many influences like I do for guitar.  Your question has just pointed that out to me!  I did take some lessons in 2012 to prepare for recording, so I should give a plug for my vocal coach based in Toronto, a guy named Orville Heyn.  Blues artist Suzie Vinnick also told me once to just come from the heart (thanks Suzie). However, I do admire Clapton because he is so sincere – he means everything he says, just like his guitar playing.  He is a very intimate singer and I like that approach.

I think that on the songs where I sound a bit more weathered (e.g. "Long Way to Go"), I would cite Muddy Waters as an influence.  On more intimate numbers (e.g. "Tell Me What You Need"), perhaps John Mayer and Clapton.

9.  What are some of the blues albums that are mainstays of your collection? 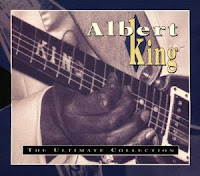 10.  How has becoming a parent changed your life and the way you approach your music and career?

Being a parent keeps things in perspective.  Family is more important than music.   That much is clear.

In terms of songwriting, I think I have more to write about.

In terms of touring, believe it or not, I don’t tour that much in terms of consecutive days on the road.  I am still at a stage where people are learning about me so it’s not like I have every opportunity out there.  What I do is usually book a festival somewhere and then add a few dates around it, and then come home.  It works for me.  If more opportunities present themselves, I will go with the flow I guess.

I think being so busy and juggling all these things at once makes you better at all of them.   I really do.  The challenge is keeping your energy up.

Bonus Questions:  What’s your next project?  Are there some things you would like to try in the future?

At this point, I really want to support this album as much as I can, and play live in as many new markets as I can.  My European agent and I are trying to set up something in Europe down the road and I will keep pushing my way into the US - know any festival bookers, Graham? J

From a creative perspective, after finishing a new album, I am pretty burnt out in terms of ideas.  The creative mind will come back in the cyclical, natural way that it does, but for now it’s time to focus on the live work.   However, I do have some “sketches” for songs for the third album already.   I always have ideas floating around.  They’ll hopefully find a home one day! 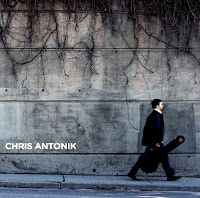