Recommended Reading - When I Left Home - My Story 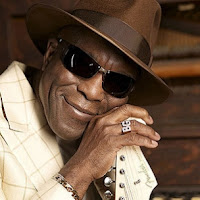 I started listening to the blues seriously in the mid 1980's, and as I listened to various blues artists (and blues/rock artists), I also read about them.  Many of the guitarists I read about, such as Eric Clapton and Stevie Ray Vaughan, cited similar musical influences, including Jimi Hendrix, Albert King, B.B. King, and Buddy Guy.

Buddy Guy showed up on many guitarists' lists.  They all mentioned his showmanship, but they talked more about what he played.  I remember one of them saying that he was "Hendrix before there was a Hendrix."  I had been listening to Jimi Hendrix since my last year of high school and had picked up several of his compilations.  He was an amazing talent, for sure, but this talk of Guy being "Hendrix before Hendrix" really piqued my curiosity.

Unfortunately, being curious was about all I could do because I couldn't find very many recordings of him.  Being a college student on a tight budget, it wasn't like I could hit the mail order circuit at the time and the local record stores near home and at school didn't have the biggest blues sections either, so it took me a while to track any of his recordings down.  I did hear other artists cover his songs, like Eric Clapton and Stevie Ray Vaughan, but I wanted to hear the original....the source.

I managed to find a few here and there on various collections.....Chess had started reissuing a few compilations and Atlantic Records had issued a four-volume series of their huge blues catalog that featured some tracks with Guy and Junior Wells.  I liked what I heard, but really wanted to hear more before I formed a definite opinion.

I finally managed to track down a few albums, a pretty wide-ranging set.  I first picked up Stone Crazy, Guy's recording done in France with his brother, Phil that was picked up domestically by Alligator, then the Guy/Wells Blind Pig collaboration, Drinkin' TNT & Smokin' Dynamite.  After those, I found one of my favorites, Vanguard's A Man & The Blues, then MCA Records reissued a couple of his Chess albums.

In a matter of a few months, I had a pretty good idea of how Buddy Guy sounded. The Chess recordings were more restrained.  There were flashes of brilliance on the occasional song ("Leave My Girl Alone," "Stone Crazy," "Let Me Love You," "First Time I Met The Blues," etc...), but there was also a lot of material that was geared more toward R&B that really didn't suit Guy.  I much preferred A Man & The Blues (discussed here) and the manic energy of Stone Crazy.

When I got to see Buddy Guy live, just prior to his big early 90's comeback, it was a mixed bag.  At JazzFest in the late 80's with Junior Wells, I was really impressed with his playing and his overall manner onstage.  When I saw him solo, just over a year later, he was sort of frustrating as he stopped playing songs in the middle, jumping to something else and just generally treating it as a big goof.  He did catch fire on "Five Long Years," but it wasn't enough for me, as far as that show went.  Hopefully, I just caught him on a bad night.


Of course, since then, he has really taken off.  He released his breakthrough, Damn Right I've Got The Blues, right after that and has enjoyed lots of success since then.  Now, there is plenty of Buddy Guy product out there.  He releases a new disc every couple of years, plus most of his old releases are still available.  He appears on TV, whether it's the late night circuit or appearances on the Food Network with Emeril.  He's won countless BMA's and Grammy Awards.   Probably after B.B. King, he's the most beloved living blues man out there.

It only makes sense that at the height of his fame and fortune, Guy would write his autobiography.  Really, there's not a more appropriate time for When I Left Home to hit the bookstores.  I was looking forward to reading it, mainly because Guy was collaborating with David Ritz.  Ritz has assisted with several excellent musical biographies and autobiographies, including Ray Charles (Brother Ray), Etta James (Rage To Survive), B.B. King (Blues All Around Me), the Neville Brothers (The Brothers), and Marvin Gaye (the biography, Divided Soul).  Ritz does a fantastic job of letting the artists tell their stories, and they really seem to open up to his approach.

Guy begins in Louisiana, working in the fields with his parents.  He talks warmly about his mother, who battled health problems, but never stopped loving her son, and his father, who encouraged him when he developed an interest in music and playing guitar.  He came from a loving family who worked hard to help him achieve, sending him to live with his sister in Baton Rouge to help him earn a better living.  Guy also talks about the mysterious stranger who bought him his first guitar and his greatest influence as a guitarist and performer, Guitar Slim (the subject of a future FBF post). 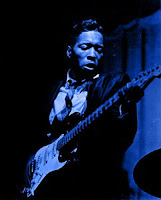 Guy developed as a musician well enough to record a demo and received enough encouragement to pursue his dream in Chicago.  We experience the ups and downs Guy encountered after settling in Chicago..his frustration at finding a job, and, finally, his opportunity to play his music.  Though he was doing what he'd always wanted to do, it was still a struggle making ends meet with a growing family, low-paying wages at gigs and in the recording studio, and unscrupulous people in the music business.

To me, the best part of When I Left Home is when Guy talks about his fellow blues men....Otis Rush, Willie Dixon, Earl Hooker, Magic Sam, Little Walter, B. B. King, Sonny Boy Williamson, Otis Spann, John Lee Hooker, Howlin' Wolf, and Muddy Waters.  There are dozens of anecdotes sprinkled throughout the book, some sad, some frightening, several hilarious, and all entertaining.

Of course, there are several sections devoted to Guy's longtime partner and friend, Junior Wells (a relationship we discussed here).  The two worked together for nearly 20 years, but their relationship was tempestuous at times.  Guy really doesn't pull any punches dealing with any of his musical associates, particularly Wells, Dixon, Waters, Chess Records boss Leonard Chess, and several others.  At the same time, he acknowledges his debt to each of them for helping to make him the artist and legend that he is.

He also talks fondly of the artists who have been influenced by his music, such as Jimi Hendrix, Eric Clapton, Stevie Ray Vaughan, Paul Butterfield, Mike Bloomfield, and Janis Joplin.  The sections recalling Vaughan's death at Alpine Valley, and Waters' decline and death are especially poignant.

If you're not a fan of Buddy Guy's before you read When I Left Home, you will be before you finish reading it.  Guy has a real knack for telling these stories and you get the feeling that he's talking to you.  Though he comes off as flashy and sometimes cocky onstage, you don't get a lot of that in this book.  If you are a fan of the post-war Chicago blues and even the modern era blues, you will want to read this book.