Merry Christmas, everybody!!!  This year saw the passing of many familiar blues musicians, including several Muddy Waters Band alumni.  Most of us have been following these people for a long time and will feel a definite void with their absence in the coming years.  Here are just a few of the noteworthy passings in the blues world from 2011. 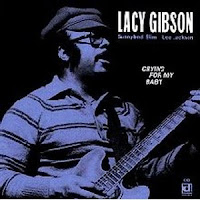 Lacy Gibson, who died in April at age 74, was an underrated bluesman from Chicago who played with Son Seals on several of his recordings, but he was also a pretty good solo artist, too........a great vocalist and guitarist.  Check out his reissued 70's session on Delmark Records and his recording for Black Magic, Switchy Titchy, along with his set on Alligator's Living Chicago Blues series.  Several of his tunes are fondly remembered....particularly his vocal debut on Chess Records during a Buddy Guy session.  The tune, "My Love Is Real," was mistakenly attributed to Guy upon its initial release.  Another tune was a show-stopping version of Ray Charles' "Drown In My Own Tears," that was his opening tune for his appearance on Volume 3 of the LCB series. 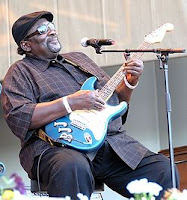 One of the first bluesmen I got to hear was Big Jack Johnson, who died in March at age 70.  Few artists today brought the level of intensity to their performance that Johnson did.  His guitar cut to the bone, his raw vocals sometimes brought chills, and his unique songwriting covered topics as far-ranging as ice storms, the AIDS virus, divorce, and country music.  What always amazed me about Johnson was that on record, he always improved on what he had done previously.  For his fans, there was never the likelihood that he was going to sit back and release The Oil Man, Part 2.  He always moved forward, both as a songwriter and a guitarist.  This made Johnson's death all the more depressing.......he had a lot more left to say.

The first track I ever heard from Pinetop Perkins is still my favorite.  That was his fun-filled romp through the classic "Caldonia," recorded as part of the blues club Antones' 10th Anniversary celebration.  The former Muddy Waters piano man started out as a guitarist as a youngster, but switched to piano after being stabbed in a fight.  The guitar world's loss was our gain as we got to enjoy over half a century of some of the finest blues piano and one of the true characters of the blues.  He was also proof positive that a steady diet of McDonald's food is not necessarily bad for your health, lasting almost 98 years. 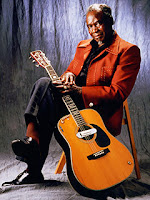 I am so glad that I got the opportunity to see Honeyboy Edwards this winter at the Riley Center as part of the Big Head Blues Club show.  He retired a few months later and then passed away in late August at 96.  Because of Edwards, blues fans have a greater sense of what it was like to live as a bluesman during the first half of the century.....the endless travel, hoboing, and the danger.  Edwards also crossed paths with many of the great bluesmen of the early years and because of that, we have a better feel about those musicians.  Edwards' autobiography is essential reading for any blues fan and his recordings often include tracks where he recounts many of those old times.  Every blues fan should want to know about Honeyboy Edwards and we all owe him a huge debt of gratitude for his musical and historical contributions.

You may not know who Cornell Dupree was, but if you've ever listened to blues, jazz, or R&B, you have heard him play before.  The Fort Worth native, who died in May at age 68, got his start with King Curtis' band in the early 60's before becoming a session musician, appearing on 2,500 sessions.  He played guitar on Brook Benton's classic "Rainy Night in Georgia," and recorded sessions for artists as diverse as Lou Rawls, Paul Simon, Barbra Streisand, Mariah Carey, Michael Bolton, Donnie Hathaway, Bill Withers, and Joe Cocker.  He was part of Aretha Frankin's band from the late 60's to the mid 70's (playing the opening riff of "Respect") and moved toward the jazz circuit from that point, exploring fusion, acid jazz, and funk.  Dupree was a versatile and highly underrated and underappreciated artist. 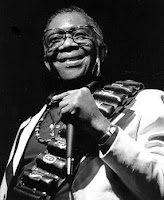 When Muddy Waters tabbed George "Mojo" Buford to play harmonica in Waters' ensemble, the Hernando, MS native had some big shoes to fill in Little Walter and James Cotton, but he not only survived, but thrived, serving several stints with Waters during the 60's, 70's, and 80's, including holding down the post in Waters' last band.  Buford, who died in October at age 81, did record several albums on his own for labels like JSP, Mr. Blues, Vernon, and Folk Art, all the time rarely straying from the classic Chicago sound. 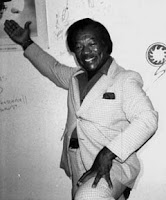 New Orleans R&B singer Benny Spellman passed away in June at age 79.  Spellman had a brief career in the 60's, recording on many Allen Toussaint sessions during that time.  He provided the bass backing vocals to Ernie K-Doe's major hit, "Mother In Law," but he also recorded several hits of his own, later covered by soem familiar artists.  "Lipstick Traces (On a Cigarette)" was covered by Delbert McClinton, Ringo Starr, the O'Jays, and Snooks Eaglin.  The flip side of "Lipstick Traces" was "Fortune Teller," which was later recorded by the Rolling Stones, the Who, and most recently by Robert Plant and Alison Krauss.  In the mid 60's, he left the music business to become a beer salesman, but made regular appearances at the New Orleans Jazz & Heritage Festival for many years.

Hubert Sumlin was responsible for many of the wild, unpredictable, darting and twisting guitar leads that punctuated Howlin' Wolf's 60's recordings.  Songs like "Spoonful," "Hidden Charms," "Killing Floor," "Wang Dang Doodle," "Do the Do," and "300 Pounds of Joy,"  Sumlin became the Wolf's primary guitarist in 1955 and, except for a brief stint with Muddy Waters in 1956, served in that capacity until Wolf's death in 1975.  He resurfaced in the late 80's and, after shaking off some initial rust, soon started sounding like the old Hubert Sumlin and enjoyed a fairly successful solo career until health problems surfaced in the mid 2000's when he nearly died after a massive heart attack.  He died in early December at age 80.  Mick Jagger and Keith Richards paid the expenses for his funeral.  I got to see Sumlin with Honeyboy Edwards earlier this year and even though he was strapped to an oxygen tank, he was still scattering those unpredictible guitar lines all over the place with ease. 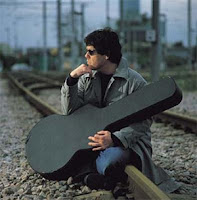 British guitarist Gary Moore died in February from a heart attack at age 58.  Moore was well-known as guitarist for the groups Skid Row and Thin Lizzy, before he embarked on a solo career that shifted to blues/rock in the 90's, as he appeared on recordings with B.B. King, Albert Collins, and Albert King, and collaborated with numerous rockers over the span of his career, successfully jumping between the blues and rock over the past couple of decades.  Though he was popular in the U.S., he enjoyed a huge following overseas and deservedly so with his powerful guitar attack which, whether playing rock or blues, was completely immersed in the blues. 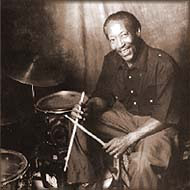 Willie "Big Eyes" Smith was surrounded by the blues as a youngster.  As a boy in Helena, Arkansas, his neighbors included Robert Nighthawk and Pinetop Perkins.  He taught himself drums and harmonica after moving to Chicago, playing and struggling throughout most of the 50's in the Windy City before taking over the drum kit in Muddy Waters' band in 1960.  He stayed with Waters for nearly 20 years before forming his own group, largely consisting of former Waters' sidemen who quit the band en masse in 1980, called the Legendary Blues Band.  Smith finally started his own solo career in 1995, playing harmonica and singing, and releasing some consistently fine recordings, including his swan song effort released earlier this year with Pinetop Perkins.  Smith died at age 75 in September, about six months after Perkins. 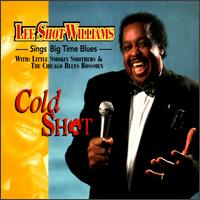 Lee "Shot" Williams, who died in November at age 73, also grew up around the blues, growing up with Big and Little Smokey Smothers in Mississippi.  He later moved to Chicago at age 20, meeting up with Little Smokey Smothers in the Windy City and singing in his band, and also with Magic Sam's band.  He recorded a few singles in the early 60's that were regional hits, and later toured with Earl Hooker, Little Milton Campbell, and Bobby Blue Bland.  He started recording in the late 70's and started hitting the soul/blues circuit in the South, building a big following throughout the 80's.  In 1995, Black Magic released Williams' magnificent Cold Shot album, which featured Little Smokey Smothers on guitar and a seasoned group of backing musicians like bass player Johnny B. Gayden and keyboardist Tony Z.  Williams ended up with the Memphis-based Ecko Records after that and continued to be a success on the soul/blues circuit, ending up with CDS Records during the past few years.