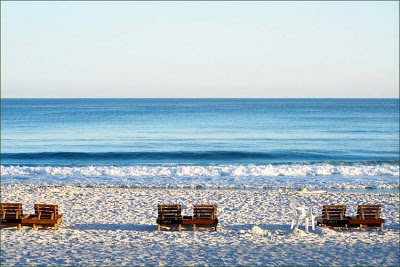 Your humble correspondent is traveling south for some rest and relaxation this week.  The last time I was in this area a couple of years ago, there was very little internet access.....I ended up having to write up the blog in a  McDonald's parking lot about five miles from where I was staying.  With that in mind, here's an emergency stand-by substitute post that will go live on Friday, if that's the case this time around......never let it be said that I wasn't thinking of you, faithful readers.


To start things off, here's Santana from one of their 1968 Fillmore appearances.  The band didn't release their first album until 1969, so this performance was one of their earliest.  Carlos Santana is one of the most distinctive guitarists you'll ever hear.  His style is almost instantly recognizable.  As a musician, his style took in many genres, most notably rock and jazz, but Santana always paid, and still pays, homage to the blues in everything he plays.....his first incarnation of Santana was actually called The Santana Blues Band.  I have to admit that I've been a huge fan and one of the best concerts I ever saw was when Santana played at the New Orleans Jazz Fest in 1989.  I've been listening to him a good bit this week and was pleasantly surprised to find this song, a gorgeous cover of "As The Years Go Passing By," with vocals from keyboardist/co-founding member Greg Rolie.

"As The Years Go Passing By" originated in the late 50's, from the "pen" of Deadric Malone.  As we discussed awhile back during our look at Duke/Peacock Records, "Deadric Malone" was a pseudonym used by label chief Don Robey.  Robey had a crew of songwriters, most of whom would sell him their songs for $25 to $50 upon completion.  Robey then attached the Malone name to them and kept the royalties for himself.


It is widely believed that guitarist Peppermint Harris was the actual composer of the song, writing it for Fenton Robinson, who released the original version of the song in 1959.  "The Mellow Blues Genius" went on to enjoy some success with his easy-going jazzy blues, even playing guitar behind Larry Davis on the original version of "Texas Flood."  Here's a later live version of "As The Years Go Passing By," from Robinson during a 1976 performance.


Of course, Albert King's version is considered one of the definitive versions.....just one of many classics from his incredible Born Under A Bad Sign album.  King recorded the tune several times over his long career, but this version, backed by Booker T & the MG's and the Memphis Horns, is my favorite Albert King version.  King's tenure at Stax Records was his most productive, and the above-mentioned album is loaded with classic blues tunes that you've heard reproduced over and over by other blues and rock artists.


Next, here's Jeff Healey's version of this blues classic.  Healey lost his long and courageous bout with cancer in 2008.  His unique style of playing (with the guitar in his lap) gave him an amazing versatility, and he was gifted in a variety of styles, which made him a fan favorite in blues and blues/rock circles.  Though most of his albums focused on more mainstream rock-based blues, his live appearances were almost always blues-oriented, and ear-opening and he really blossomed onstage.  This track is no exception.


Finally, here's my favorite version of the song, from Otis Rush.  Rush's guitar style was influenced quite a bit by Albert King and that's pretty obvious on this recording of the song, taken from Rush's 1994 release, Ain't Enough Comin' In.  While Rush's guitar work was always noteworthy, his powerful and soulful vocals take him to another level on most of his recordings, and they do so on this tune as well.  This is just a great performance all around.