A little over a year ago, I posted about the history of one of the blues' classic songs, "Sweet Home Chicago."  The inspiration for that post came earlier that week when the local community college concert band, The Collegians, held their annual Spring Concert.  Last year was really special because their instructor, Tom Carson, was retiring at the end of the school year to focus on his ongoing battle with cancer.  Mr. Carson always played guitar with the group and the Spring Concert was no different, and it was made even more special because his kids, all former or current Collegians, joined him on stage and they sang "Sweet Home Chicago."

Tom battled cancer with fierce determination.  He was not going to let "the alien" win the war.  His daughter helped him start a page on Caring Bridge and he posted nearly every day about how things were going, pulling few punches and leaving out few details in the battle, making us all a part of his daily adventures (if you happened to know Mr. Carson pretty well, or read his posts on Caring Bridge, you'll understand today's post title).  He rallied support for his war by starting The Army of Tom and soon, t-shirts were printed, wrist bands created, a Facebook page was created and people from all over the country were soon posting pictures in all sorts of locations, wearing their Army of Tom t-shirts, pledging their loyalty and support for the cause....to help Mr. Carson battle cancer. 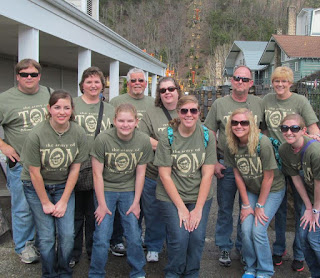 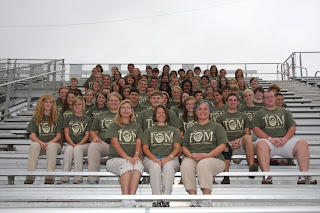 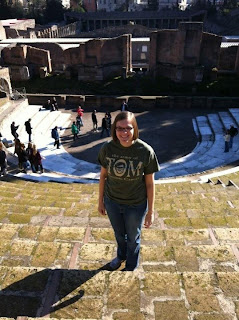 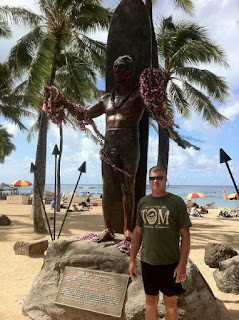 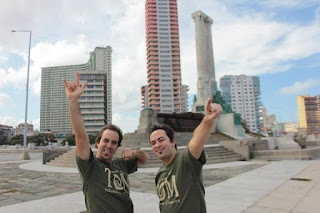 Many of his supporters helped drive him to his various chemo and radiation treatments, they cheered for him when the news was good from his doctors, and offered encouragement when the news was not so good.  A benefit was held late last year, with Country Music superstar Randy Houser (another former Collegian) as the headliner, and, yes, Mr. Carson played guitar with the band.  In addition to his semi-retired status at the college (he stayed on to work with The Collegians this year), he was also a guitarist in the local band, The Deluxe Southern Impalas.  He did all this while undergoing surgeries, chemo and radiation treatments, and battling fatigue on a regular basis, his enthusiasm, sense of humor, and determination never wavering.


Unfortunately, in recent weeks, he ended up having to go to the hospital and spent the last three weeks there.  More cancer had been found and he was undergoing more treatments.  Still, he was determined to have this year's Spring show as scheduled.  It was moved and then re-scheduled for this weekend, but finally had to be cancelled.  However, Tom was determined that he would be returning home on Monday and said so on his final post at Caring Bridge.

Tom did go home on Monday, but to his eternal home.  He passed away on Monday morning.  The outpouring of love and support on Facebook was huge.  He touched so many lives during his thirty-plus years in this town, working with thousands of college students from throughout the state via the marching band and his concert bands.  He also was an inspiration to so many of the non-performing students that crossed his path.  His quick wit and ready smile were always apparent.  Finally, during the last couple of years of his life, as he battled cancer, he was a source of inspiration to so many people with his boundless enthusiasm, his determined faith, his sense of humor, and his courage. 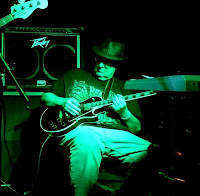 Tom was a regular visitor to Friday Blues Fix.  One day, I saw him and his wife, Brenda, at the post office and we talked while Brenda went in to get the mail.  He said that without the blues, you wouldn't have any of the other music that young people listen to today.  He let the kids he taught over thirty-plus years know that, too, letting them know that the blues was all right.  He did his part to help keep the blues alive by sharing it with all those young folks, who shared it with their friends, and so on.......

We local folks will miss Tom Carson, a lot.....you have no idea how much.  Please keep his family in your thoughts and prayers. 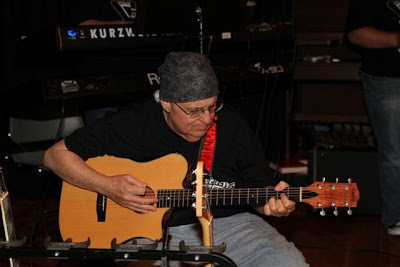