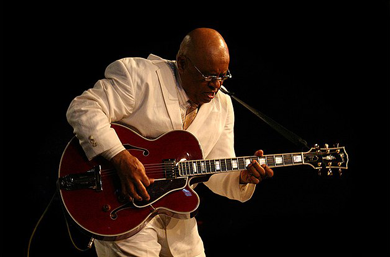 This week's selection is a bit different from the others.  When I started putting this together several years ago, I decided that I wanted to include a few songs that were maybe a little bit off the beaten path as far as blues goes, but they had to be tunes that I enjoyed listening to regularly.  During the first incarnation of the blues fix mix tape, I was really listening to Texas/West Coast blues.  Most of the guitarist who made up the West Coast blues sound came from Texas......T-Bone Walker, of course, along with Pee Wee Crayton, Lowell Fulson, and many others.

Guitarist Roy Gaines was also in that group, though maybe a generation behind.  Gaines was born in Texas in 1933 and actually backed Walker as a teenager in the Houston area.  He later moved to Los Angeles, and also served as a session guitarist for acts like Bobby "Blue" Bland, Junior Parker, Big Mama Thornton, and Chuck Willis.  He also worked in the bands of Ray Charles, Stevie Wonder, the Supremes, the Everly Brothers, Stevie Wonder, and Gladys Knight, and was in demand as a session guitarist. 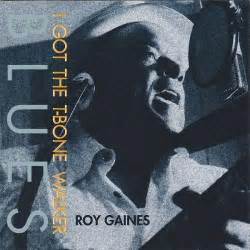 Gaines worked closely with T-Bone Walker over the years, he was even billed as "T-Bone Jr." and occasionally teamed up with the legendary guitarist in the years before he passed away.  One can hear a lot of T-Bone Walker in Gaines' guitar playing, which can also be said of many other guitarists, but Gaines took what he learned from the older guitarist and built upon it.  Over the years, he has recorded solo albums and is a fine vocalist in addtion to his guitar skills.

One of my favorite releases of Gaines' is his tribute to T-Bone Walker, 1999's I Got The T-Bone Walker Blues on Groove Note Records.  The album consists of eleven songs, nine T-Bone Walker songs (two versions of "Stormy Monday"), plus one track that's a bit of an variation.....Hank Williams' "Honky Tonk Blues." 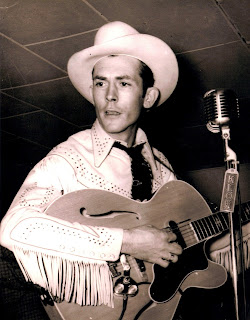 People who might scratch their heads at the inclusion of this tune on a T-Bone Walker tribute album don't really know about the contributions Hank Williams made to not just the country music genre, but multiple other genres, including country, blues, rock, rockabilly, folk, and gospel music.  He was one of the most influential singers, songwriters, and performers in modern American music.  Most of the great Texas-born guitarist were exposed to a variety of musical styles while growing up in the Lone Star State, but blues and country were probably the most prevalent, and Hank Williams was probably one of the most heard by a lot of blues men during the 40's and 50's.

Gaines does a magnificent job with this classic country tune, one of his personal favorites that he'd always wanted to record.  His guitar work is fine and his vocals are equally effective, but what really raises this song above the norm is the presence of Alejandro Velasco on pedal steel and the fiddles.    Gaines' "Honky Tonk Blues" mixes blues, country, and swing to excellent effect.  Just check it out below......