Jammin' With The Stones 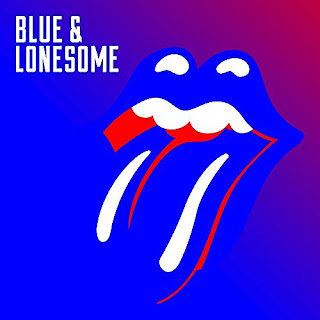 A couple of months back, it was announced that the Rolling Stones would be releasing an all-blues album on December 2nd of this year.  Called Blue & Lonesome, it's their first album in over a decade, and will feature their versions of a dozen classic blues tunes from legends Jimmy Reed, Willie Dixon, Eddie Taylor, Little Walter, Howlin' Wolf, Otis Rush, and others.   The band.....Mick Jagger (vocals, harp), Keith Richards (guitar), Charlie Watts (drums), and Ronnie Wood (guitar) are joined by longtime collaborators Darryl Jones (bass), Chuck Leavell (keyboards), and Matt Clifford (keyboards), plus Eric Clapton on a couple of tracks.

Years ago, I probably would have made some kind of snide remark about how it would be nice if the media and the major record labels would publicize the release of an album by an actual blues artist or band with even half the fervor that they promote the arrival of a Stones blues album.  Okay, I actually did make that remark a few weeks ago somewhere.....probably on Facebook......but think about who the major blues recording artists of the past few years are.  You could come up with names like Buddy Guy or B.B. King for sure, and yeah, they got some publicity about their upcoming releases, but you don't really see it for any other artists, at least on a nationwide level.....even blues rockers like Joe Bonamassa, Devon Allman, or Gary Clark, Jr., although they do get a bit more exposure, still lag behind. 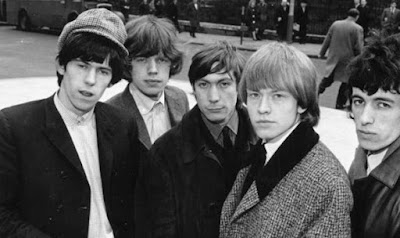 I think most blues fans are aware of this and don't really have an issue......they use other methods to track down new releases, even though they probably wonder the same thing that I have at times.  However, in recent years, I've come to the realization that the Rolling Stones have been a positive force for the blues during their fifty-plus years of existence.  Think about all of their fans who have had the opportunity to hear songs that they've recorded or performed by blues artists.  Think about how many of those fans were curious enough to backtrack and seek out the original versions of those songs and then started listening to the artists who released those original versions.

I think about that now because I was once one of those fans......a rock fan who dug artists like the Rolling Stones, Eric Clapton, the Blues Brothers, the Allmans, Hendrix, and Stevie Ray Vaughan.  One thing that the Stones and all of these other artists always did was pay tribute to the musicians who influenced them.  The Stones did this to the point that they invited many of their heroes to open for them on their massive tours, where these artists were exposed to thousands more listeners who became fans.  That's what will happen when Blue & Lonesome is released, which is something that ALL blues fans should appreciate. 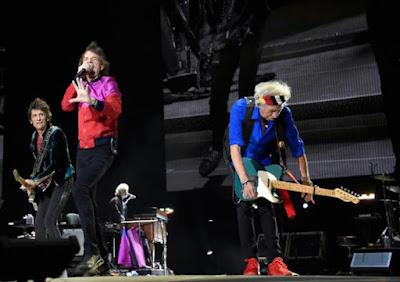 The Rolling Stones' sound, which started out as rock n' roll with a heavy blues backdrop, has changed over the years, as they began to absorb influences from pop music, R&B, funk, and modern rock influences.  However, they never completely abandoned the blues and it still remains at the core of everything that they play.

Today, FBF will look at some of the best of the Rolling Stones' blues recordings, along with the original versions of each.

"That's No Way To Get Along" was recorded by Robert Wilkins in the late 20's. Wilkins later became a preacher and revamped this song into a retelling of the Prodigal Son Biblical parable, re-titling it as "Prodigal Son."

"Little Red Rooster," released as a single by the Stones in 1964, and later appeared on one of their compilation albums.

"Little Red Rooster," by Howlin' Wolf (1961), was a latter-day masterpiece for the Wolf.

"Love In Vain," by Robert Johnson (1937), one of the finest tracks from the King of the Delta Blues.

"I Can't Be Satisfied," by Muddy Waters (1948).  Waters also recorded this in the early 40's, too, as part of his Plantation recordings with Alan Lomax.

Of course, the Rolling Stones recorded several fine blues of their own over the years.  One of their very best is "Midnight Rambler," which appeared on their 1969 release, Let It Bleed.

In a bit of turnabout, here's the great Larry McCray's version of "Midnight Rambler," from the late 90's "tribute" album to the Stones released on the House of Blues short-lived record label.  The label released five albums of blues and soul artists covering tunes by rock n' roll artists of the 60's and 70's (the Stones, Clapton, Dylan, Joplin, and Led Zeppelin).

Before we go, let's check out a clip of one of the songs from the new album, Blue & Lonesome......

So, check out the Rolling Stones' new release when it goes live in December, and be sure to thank them for their part in helping keep the blues alive for over 50 years.  Hopefully, a new group of fans will get to hear some of these great old blues classics and will be encouraged to check out the original releases.