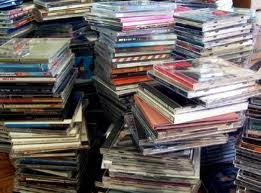 Your humble correspondent has been bombarded with great new releases during the first few weeks of the summer.  I've been reviewing CDs for over fifteen years and I can't remember this many great albums being issued at one time.  Let me tell you, it's a nice problem to have.......listening to all of them.  Below are just seven of the new releases, with many more to come over the next few weeks.  As always, expanded reviews of these albums can be found in current and future issues of Blues Bytes, THE monthly online magazine of blues CD reviews.

Before we get started........FBF had the opportunity to hear a couple of sneak previews from new albums that you definitely need to put on your "Must Buy" list.  First up is Buddy Guy's new release, Born To Play Guitar will be hitting the stores on July 31st, and it looks to be a good one, based on this preview of the title track, which is a biographical track that features some potent string bending from Mr. Guy.  Check it out below.  FBF will have more to say about this one when it goes live, so stay tuned. 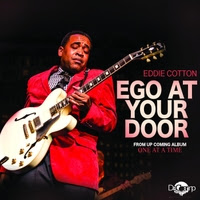 The second upcoming release is from Eddie Cotton on DeChamp Records, and is entitled One At A Time.  The track FBF got to hear was called "Ego At Your Door," and it sounded for all the world like a long-lost track from Al Green's days at Hi Records, with the horns, funky keyboards, and Cotton's amazing vocal.  If the rest of the album is as good as this track, then it will be Cotton's best yet, which is really saying something given the quality of his previous releases.  This guy is the total package.....world class guitarist, excellent singer, and great songwriter. 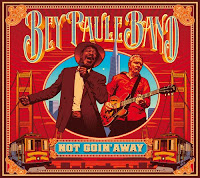 Bey Paule Band - Not Goin' Away (Blue Dot Records):  Formerly, The Frank Bey & Anthony Paule Band, their name has changed, but the music has most definitely not......they are still serving up some fantastic old-school blues and soul.  Frank Bey is one of the best musical "re-discoveries" of the past five years and he has found his musical soulmate in guitarist Paule.  Their new release consists of a dozen tracks, with ten originals that sound just like they used to back in the day, and covers of tunes from Candi Staton and George Jackson.  With great songs, a master soul man behind the mic, and a band that will knock your socks off, Not Goin' Away is just what every fan of soul blues needs to add to their collection. 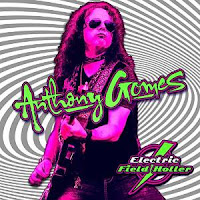 Anthony Gomes - Electric Field Holler (Up 2 Zero Entertainment):  Hard to believe that this is the Toronto blues rocker's 12th release.  I haven't heard all of his recordings, but this is the best one I've heard so far. This is pure, undiluted blues rock that starts right out of the gate with a roar and only lets up for an acoustic track about midway (about the current state of the blues) and cranks right back up again.  Throughout, Gomes pays his respects to his influences and offers up some of his best songwriting and singing to date.  If this one had been release in the mid 70's, instead of the mid 10's, they'd be playing it to death on FM radio and Gomes would be the darling of the music periodicals of the day.  As it is, Electric Field Holler will make older fans reminisce about those days and make newer fans crank up the volume. 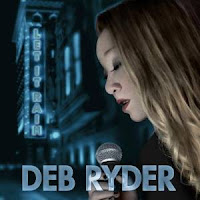 Deb Ryder - Let It Rain (Bejeb Music):  Ryder's second release picks up where her debut (Might Just Get Lucky) left off.  The talented vocalist worked for years as a studio musician singing TV jingles, backing vocals on several albums, and opening for a lot of blues stars who played at her father's club, Topanga Corral.  She's also fronted the Bluesryders with her husband, bass player Rick Ryder for 20 years.  She's covered a lot of musical territory in her career, and this new release focuses on the blues and R&B side of her talents with a strong set of original tunes and some great musical support from the likes of Kim Wilson, Kirk Fletcher, Johnny Lee Schell, Albert Lee, Mike Finnigan, and Tony Braunagel.  This is an excellent sophomore release for a singer who deserves to be heard by a larger audience. 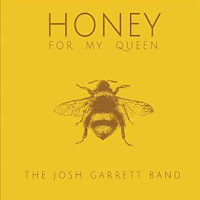 Josh Garrett - Honey for my Queen (self-released):  This CD was a pleasant surprise.  I wasn't familiar with Garrett, but he plays a brand of blues that has deep roots in his native Louisiana, but also gives a nod to the music of the Mississippi Delta.  He's also a great songwriter, penning all but one of the eleven tracks here.  With a roster of musicians that includes Tab Benoit's bassist Corey Duplechin, Waylon Thibodeaux, and guitarist James Johnson (the guitarist on Slim Harpo's "Baby Scratch My Back"), you know this has to be a good one, and it is.  I'm looking forward to hearing more from this guy in the future. 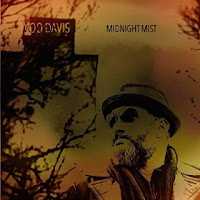 Voo Davis - Midnight Mist (Butter & Bacon Records):  This disc covers a lot of ground.....blues, jazz, rock, country, jam band, and roots.  Davis is based in Chicago, but was born and spent a lot of time in Alabama.  He toured with Eddie King, who worked as Koko Taylor's guitarist for a long time.  He's a talented guitarist in a number of genres and his vocals are equally potent.  He's as comfortable tearing through a blues rocker as he is unplugging for a country blues or funk and soul.  This is a release that will satisfy a lot of music fans in different genres, but Davis' versatile guitar work and his seasoned vocals are the main selling points, regardless of genre. 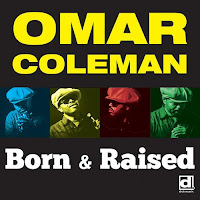 Omar Coleman - Born & Raised (Delmark):  One of Chicago's rising stars, Coleman has played on several Delmark albums backing other artists (Mike Wheeler, Toronzo Cannon), plus releases by Ray Fuller and Sean Carney.  This time around, he's at center stage, fronting a great band with guest appearances from guitarists Cannon, Wheeler, and Dave Herrero, and pulling out all the stops.  Coleman not only plays the blues, Chicago style, but he also ventures into Southern Soul and funky R&B.  Growing up in Chicago in the 70's and 80's, he was influenced as much by Bobby Rush and O.V. Wright as he was by Muddy Waters and Junior Wells.  He's as strong on the soulful stuff as he is the down-home blues.  Those of us who have heard him already (check out Severn's 2005 set Chicago Blues Harmonica Project, or the Louisiana Swamp Stomp benefit album, which was previously reviewed here at FBF) knew he would be something special if he got the chance to show it and this album proves he's got the goods. 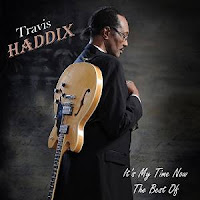 Travis Haddix - It's My Time Now:  The Best of  (Blues Critic Records):  The Moonchild has been playing the blues since the early 70's, but started his recording career in the late 80's.  He's one of the most prolific artists since that time, as reflected in this 18-track set that collects Haddix tunes from albums by multiple labels from the early 90's Ichiban releases through his own Wann-Sonn label to his current label, Benevolent Blues, plus four new songs.  What's most remarkable about this collection is how consistently good Haddix has been over an extended period of time.  He hasn't lost a inch off his fastball.  He's still playing those crisp B.B. King-like leads and his songs are as interesting and entertaining.  In fact, he may be getting better with age.  I've been listening to Haddix for a long time, and I have to say that seeing a new release from him always puts a hop in my step.  If you're not familiar with this unsung hero of the modern blues, this is a great place to get started.

We'll have reviews of more great new releases in a couple of weeks, so stay tuned.