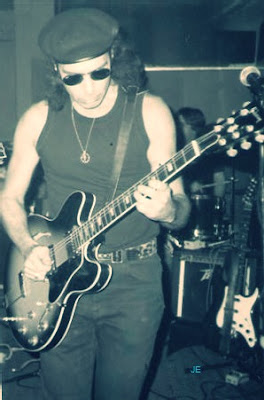 NYC blues guitarist and vocalist John Earl Walker has been playing music for over 50 years.  His band Creedmore State backed many legendary blues artists in New York in the 60's and 70's at the NYC club Unganos as the house band.  Creedmore State eventually evolving into the band Plum Nelly.  Plum Nelly signed with Capitol Records in the early 70's and even played Carnegie Hall in support of the James Gang.  After the band broke up in the mid 70's, Walker formed the first incarnation of the John Earl Walker Band.

Since the early 2000's, Walker has released an EP and six CDs, including his latest, Mustang Blues, which is his best to date.  Walker's guitar work has garnered praise from fellow musicians like Jimi Hendrix, B.B. King, and Buddy Guy, and is always a highlight on his albums.  His songwriting is pretty creative and witty, too, putting new twists on familiar blues themes.  All in all, Walker is a pretty cool guy, and not just because he agreed to answer Ten Questions for FBF.  After you get to know him below, I highly recommend that you check out his website and his catalog for more information. 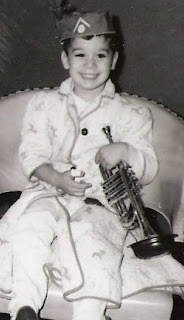 Friday Blues Fix:  What kinds of music did you listen to when you were growing up?  How did you gravitate to the blues?

John Earl Walker:  Growing up in the 50's I mostly remember hearing whatever was on the AM radio, and before rock and roll hit the airwaves there wasn't much.  Once Rock & Roll hit in the mid 50's and I heard Little Richard, Bo Diddley and especially Chuck Berry, I knew what turned me on was the rhythms and the guitar leads in the songs!  Of course Chuck Berry's songs also had great stories!  It would be about 10 years later that I realized that the leads that Chuck was playing when he did his "duck walk" were T-Bone Walker riffs!  My sister was 3 years older than me and she brought home lots of 45's and I played the hell out of them listening for the guitar parts!  When I heard Jimmy Reed doing “Big Boss Man,” It hit me like a ton of bricks and I knew what kind of sound I wanted to make someday! 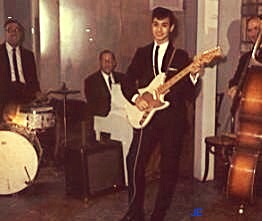 FBF:  How old were you when you started playing guitar?  Which guitarists influenced you?
JW:  I was 13 in 1964 when I started playing guitar.  My mother wanted me to play guitar and I was ready long before my father brought home an acoustic guitar and I made him take it back.  We exchanged it for a Harmony Rocket, which is a hollow body electric and that was my first guitar! I loved that guitar and would fall asleep playing it every night in bed!

My main influences at first were Chuck Berry, The Ventures, Steve Cropper, and James Burton.  Then the British Invasion hit and I liked the Stones and the Animals best because they were mostly imitating the blues artists that they looked up to. It took me a couple years to realize that songs I was covering like “I'm Mad,” by the Animals was really “I'm Bad,” by John Lee Hooker, and there are many similar examples.  A few years later around 1968, I discovered the three Kings, T-Bone Walker, Otis Rush, Magic Sam, Buddy Guy, Jimmy Dawkins, Howlin' Wolf, Muddy Waters and they all really got to me, of course.  John Mayall had Eric Clapton, Peter Green and Mick Taylor and I loved the sound and approach they all had as well!

FBF:  Which songwriters serve as inspirations?  Can you describe your songwriting process?  Do you write mostly from personal experience?

JW:  The biggest inspiration as a writer came from Willie Dixon and Chuck Berry.  You can't top them in my book as writers.  As for my songwriting it's mostly from experiences with a touch of artistic license and imagination!  Sometimes I'll have a theme or subject I want to write about and sometimes I'll have just a chord groove.  Other times the melody comes first or just the first line of lyrics.

FBF:  Your band Plum Nelly opened for the James Gang at Carnegie Hall in 1971 and signed with Capital Records…….what were some of the highlights of your time with the band and how did it shape you as a musician and performer?

JW:  Plum Nelly started out as Creedmore State which was a mental institution in Queens, NY.  We were still teenagers and thought it was fun to have a crazy name but changed it to Plum Nelly when we signed with Capitol Records.  Creedmore auditioned for Ungano's, a small club on the upper west side of NYC where all the top named acts played, as it was a record industry hangout.  The Ungano brothers, Arnie and Nicky, became our managers and told us we would open for all the top acts playing there.

At the time, most acts did 2-4 nights there, and between 1969 and 1970 we played with Buddy Guy and Junior Wells, Muddy Waters, John Mayall, Dr. John, Fleetwood Mac, Bo Diddley, The Kinks, Tony Williams’ Lifetime, and even Jimi Hendrix, who came in with the Band Of Gypsys after his NYE show at the Fillmore and played through my amp!  That was the ultimate.  Anyone who was there will never forget it, but we didn't know the rug was about to come out from under us!  We all learned a lot from playing and hanging with all the groups and we quickly tightened up! 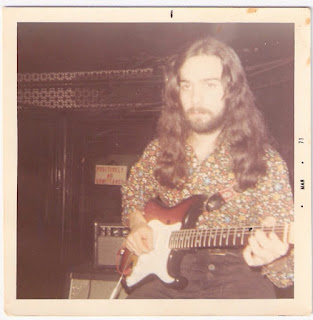 FBF:  You’ve been in the music business for over 50 years……do you have any stories that you would like to share with us?

JW:  In 1974, Plum Nelly reformed with some new members and moved out to LA.  We had some connections at A & M Records and we used their soundstage to get ourselves together whenever George Harrison wasn't using it.  We also did session work for their publishing company, which used to pay about fifty dollars a song and boy, did I need the money!

One day when I knew they had a check waiting for me, I walked over there, as we lived close by the studio, and who did I see come walking up to me, in LA where no one walks, right near A &M Records but Chuck Berry.  I went right over to him and introduced myself and asked him where he was going.  He said to the airport and there weren't any cabs cruising around either.  Very funny, but I loved it!

About a year later, December of 75, I was asked to go to the Guitar Center in Hollywood to film a pilot for Channel 9 KHJ playing guitar with BB King.  It all went great and we jammed two blues instrumentals.  BB was the nicest but the pilot never was aired and they say it was in the can in Vegas.  Hope it gets released, especially now that BB has left us!  It still was one of my happiest days getting to play with BB. RIP!

FBF:  You and your band have played together for many years, something that’s fairly unusual for most bands.  How do you all manage to keep things fresh and interesting after so many years?

JW:  After so many years, I've managed to keep things because I've been a frequent visitor to Australia, where I've been playing with many different players who bring a different slant to the music, which helps me to get new ideas for songs when I get back to my band in NY. I usually have a bunch of new fresh songs to try out! 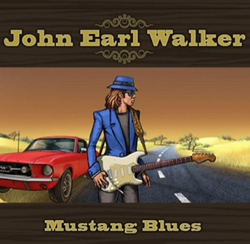 FBF:  Mustang Blues is your best recording yet.   All of your albums have been great, but the songs really stand out.  You and the band faced a lot adversity in the years before its release.  Can you tell us about some of the songs and what inspired them?

JW:  Mustang Blues is getting a great reaction and I came up with most of the songs last year on my stay in Australia.

“The Devil Follows Me” is about the anxiety every man faces when he wakes up each day you just know sometimes that the devil is gunnin' for you that day and wants you to make the wrong choices!

“Mustang Blues” is the true story of me and my Mustang GT in the 90's! Just the sound of the 5.0 engine roaring down the block made cops want to give you a ticket! This is why it took me nearly 20 years to make a joke out it!

“Superstorm Sandy Blues” was of course a real life trauma for me, being displaced and losing almost everything I owned! What hurt most was losing my memorabilia and all my old lyrics, pictures, and masters to a lifetime of recordings!  Only someone who has gone through it can imagine what it's like!  In the song I tried to color the disorientation in the solos!

“Even Up The Score” is a song that I wrote and have been performing since the mid 90's about a girl I had an obsession for and kept running into her on purpose, never getting anywhere but never giving up either! 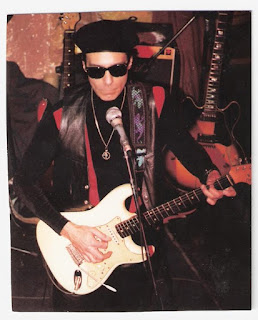 FBF:  What’s next for you and the band?  Do you have any future projects in the works that you can share with us?

JW:  What’s next for me is I will be going to perform in Sweden for the first time at the Kristenhamn Blues Festival in July but not with my own band with the Mess Around Band led by my good friend harp player Bruno Yxenholt.

Future projects I have in mind to do are an all-instrumental album and an acoustic album.  These are possible and even a bio type book where I can tell the really juicy stories!

FBF:  If you weren’t making music, what do you think you would be doing?

JW:  If I wasn't making music I think I would have been a retired baseball or tennis player turned sports sports announcer, but gave up sports for the guitar!

I ran marathons from ‘88 till ’98, when my back blew out around 2001, but I was just taking out my frustrations on myself in my first year of high school at an all-boys Catholic school (Nazareth).  The football/track couch saw me beat my friend at a half mile 2x around the track and said, “You’re gonna join my track team, aren't you?”  Brother Russell was a huge monster football/track couch and I told him no, because I had band practice every day after school.  Well, then I was on the shit list.  He called me “farmer boy” because I had longer hair, and would have put up with it if I won races for his team, but not as a musician, so I always ducking him when he patrolled the cafeteria at lunch break (I left after the 10th grade for a public school with girls!

FBF:  What music do you like to listen to in your spare time?

JW:  What I listen to is still mostly blues 24/7 since around 1968!  I used to also like country music in the 80's and 90's when it was heating up.....now, no way!  Also some smooth jazz if it has a groove!  I still love to listen to BB King, Bobby Blue Bland, Albert Collins, Albert King, Son Seals, Freddie King, Lightnin' Hopkins, T-Bone Walker, Otis Rush, Robert Cray.....these and many others are the ones that I still listen to and always will! 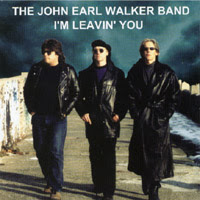 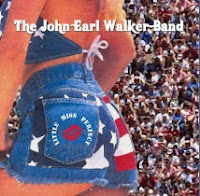 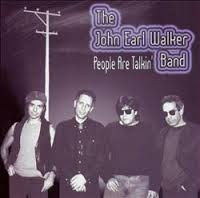 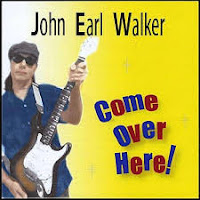 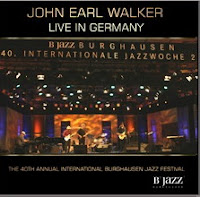 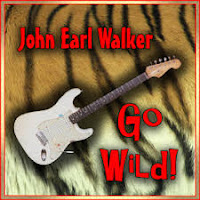 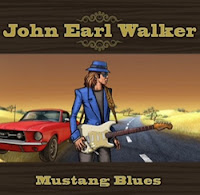