Last week, Friday Blues Fix discussed some classic old recordings that you might have missed the first time around.  This week we will briefly discuss some new releases that you will not want to miss.  So far, 2014 has been a treasure trove of exciting new releases.  This week, FBF will look at a half dozen of the latest and greatest that have crossed our path over the past few weeks, and hopefully, we will be looking at more in the next few weeks.  You are encouraged to check all of these new releases out because they are worthwhile listening.  As always, expanded reviews of each of these discs will be found in a forthcoming issue of Blues Bytes, the best blues review site out there, bar none. 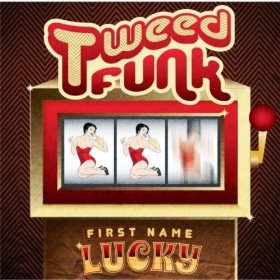 Tweed Funk - First Name Lucky (Tweed Tone Records):  Tweed Funk's last CD, Love Is, was one of my favorites of 2012, and with good reason.....I really liked the combination of blues, soul, and funk.  I loved the horns, I loved the swagger of lead singer Smokey Holman and the funky guitar of J.D. Optekar.  I could go on and on.  It's great when you find a recording that puts a hop in your step like that one did.  So what if I tell you that First Name Lucky is even better??!!!  Well, it is!  The band recorded their latest disc after an inspiring trip to Memphis with the intent of capturing the sweaty intensity and excitement of their live performance.  With a great set of original songs and several great covers, I would have to say that they succeeded.  This set just bursts at the seams with energy and power.  If I had any musical talent whatsoever, this is the type of band and the kind of music that I would want.  This one is a keeper, folks.  If you're not familiar with Tweed Funk, this is a great place to get started. 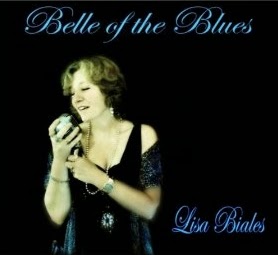 Lisa Biales - Belle of the Blues (Big Song Music):  I've been listening to Biales, a 20-year vet of the music scene, playing bluegrass, rock, Americana, folk, and blues during that span.  Over the past couple of albums, Biales has teamed up with the Georgia Songbird, E.G. Kight, who has produced her last few discs, which have been showcases of American roots music.  Belle of the Blues has more of a focus on blues, with Kight writing most of the material, allowing Biales to focus on vocals.  She is one of the most impressive vocalists that you will hear, with amazing range and pitch, and she makes it seem almost effortless on these songs.  She's joined on this release by an outstanding band that includes guitarist Tommy Talton, keyboardist Randall Bramblett, and co-producer Paul Hornsby on piano.  This is a breathtaking release by a lady who deserves to be heard. 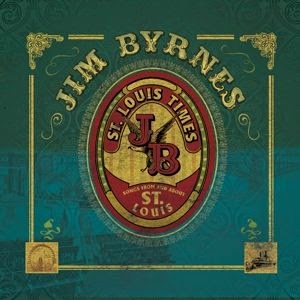 Jim Byrnes - St. Louis Times (Black Hen Music):  Jim Byrnes has done a lot of living in his nearly 66 years.  He lost both legs after being hit by a passing car while helping a buddy move a truck in the early 70's.  He worked for years as an actor, notably in the 80's series, Wiseguy, and Highlander:  The Series, and providing voices for several animated films and series.  However, his first love was music and during that time, he has also won acclaim as a blues musician, releasing several award-winning albums since the early 80's for Canadian labels Stony Plain and Black Hen.  His latest release pays tribute to the music of his hometown, mixing original songs and classic tunes by artists like Albert King, Chuck Berry, W.C. Handy, Lonnie Johnson, and Little Milton that are associated with St. Louis.  Byrnes' own songs work really well with his reworking of the classic tracks, and his voice is a great, gravelly mix of blues and soul.  He gets plenty of support from the extraordinary guitarist Steve Dawson (who also produced), John Hammond, and Colin James, who plays guitar on one track.  This is a nice birthday card for the city of St. Louis, which is celebrating its 250th birthday this year. 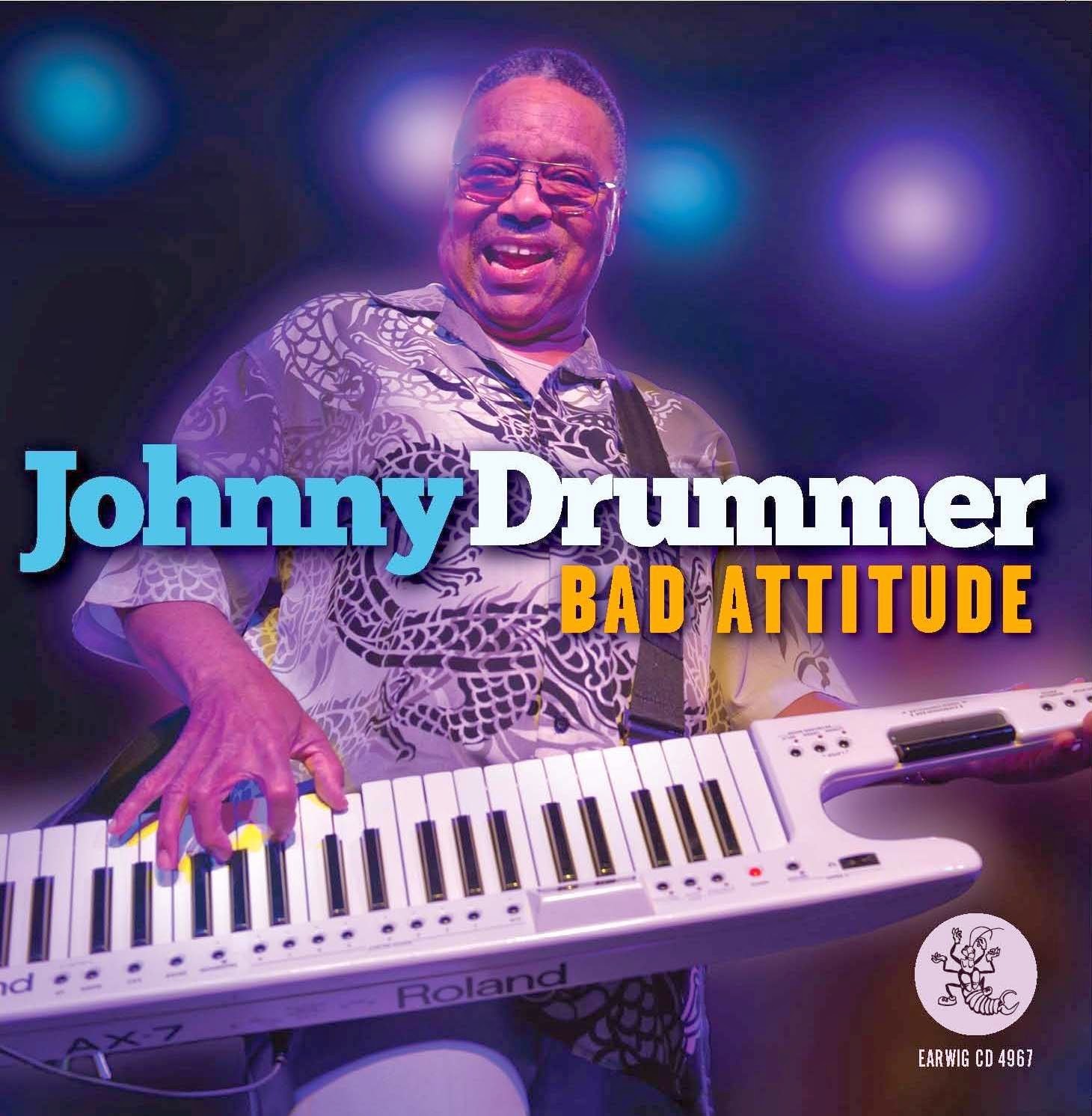 Johnny Drummer - Bad Attitude (Earwig Records):  Johnny Drummer has been wowing Chicago audiences for over 50 years, mostly in the clubs on the South and West Sides.  His smooth soul-based vocals are top notch and his songwriting is pretty original, too, as he expresses his views on love and life in general with a robust (and sometimes ribald) humor.  His songs touch on blues, soul, and funk.  How he's managed to avoid more recognition is a mystery.  This is his fourth release on Earwig Records, and he's as strong as he ever was, backed by a set of the Windy City's best musicians.  Check out Mr. Drummer and see what you, and a lot of others, have been missing. 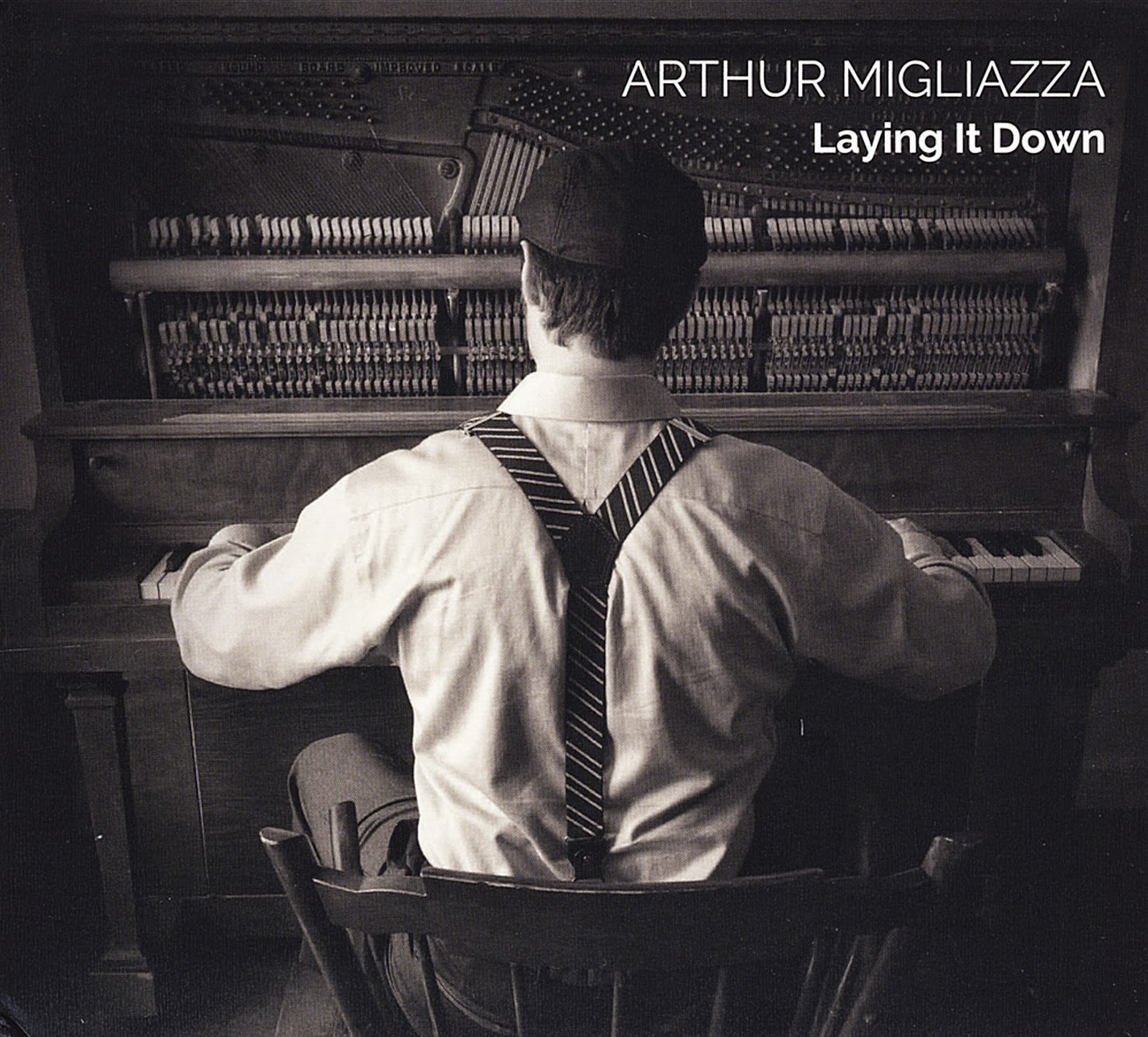 Arthur Migliazza - Laying It Down (Hobemian Records):  This is the biggest surprise in my current stack of CDs to review.  I was not familiar with young Migliazza, who's been playing piano since he was a kid, and became interested in the blues after seeing the Jerry Lee Lewis biopic, Great Balls of Fire.  In his formative years, a piano teacher introduced him to jazz and blues, and he met Ann Rabson at a music camp.  Rabson became his mentor and was teaching classes at the music camp when he was 18.  This disc is a dream come true for blues piano fans, with Migliazza tearing through classic tunes from legends like Meade Lux Lewis, Hersal Thomas, Professor Longhair, Albert Ammons, Fats Domino, and Huey "Piano" Smith.  He also contributes four of his own tunes as well.  As if his amazingly nimble keyboard skills weren't enough, he's also an above-average vocalist, too.  If you're a piano fan, you need this disc.  Come to think of it, everybody should have this disc.  It's a rollicking ride from start to finish. 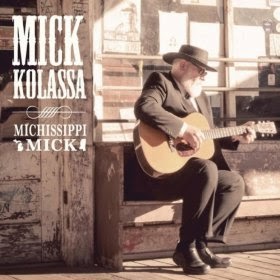 Mick Kolassa - Michissippi Mick (Swingsuit Records):  There are three reasons why you should own this disc.  (1) Proceeds from the sale of this CD.....the gross sales, in fact.....go toward a pair of worthy programs sponsored by the Blues Foundation, of which Michigan native Kolassa is a member of the Board of Directors.  The programs are the HART Foundation, which helps pay medical bills and expenses for ailing blues men and their families, and Generation Blues, a "Blues in the Schools" program that offers scholarships to young blues musicians.  (2)  It features some of Memphis' finest musicians, including producer/lead guitarist Jeff Jensen, Eric Hughes, Brandon Santini, and Victor Wainwright, backing Kolassa.  (3)  It's an excellent CD.  Kolassa, who has been making music on the Memphis scene for over two decades, is a talented songwriter, penning seven diverse tunes, and a strong vocalist.  He also offers fresh takes on the five covers included, making them seem like brand new tunes, in some cases.  Good music for a great cause.....you can't ask for much more than that.

There you have it......six new releases that are well worth your time.  We'll check out a few more new ones in a couple of weeks.