I told you a few weeks ago that there were some great new blues releases that were worth your attention.  This week, we will be looking a few more of them, with more to come in the next few weeks.....there are that many great new albums out there to hear and I am still working through a bunch of them.  FBF is strongly encouraging all of you to check these out at your earliest convenience.  As always, you will be able to read more about each of these (and many others) in future issues of the best online blues CD review source available.....Blues Bytes. 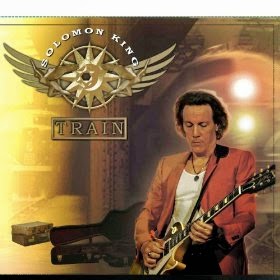 Solomon King - Train (JLM, Inc.):  I have always enjoyed King's brand of blues, which mixes soul, funk, and rock in pretty equal doses, and it works really well this time around.  The music is great, with blues rockers, country-flavored blues, soulful ballads, etc......King's songs are impressive and his guitar work is great.  Vocally, he has a lot of soul, sometimes sounding like a blues version of Lou Reed.  You may not know who he is, but chances are you've heard his music before, as he's had a couple of songs that were featured on the HBO series, True Blood, a few years back.  To me, Train is the best album he's done so far.....probably the best expression of his musical vision to date. 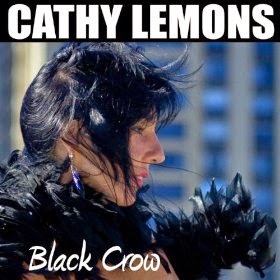 Cathy Lemons - Black Crow (VizzTone):  Ms. Lemons is regarded as a blues legend in the San Francisco Bay area, where she has entertained audiences for over 25 years.  She brings a soulful and understated vocal style to the plate, a welcome relief from the screamers that usually pack them in these days.  She's adept at blues, soul, country, and gospel styles and her new release features her tackling all of those genres and more.  She wrote most of the tracks, but also adds four effective cover tunes from the O'Kanes, Earl King, Kim Wilson, and James Brown (now THAT'S diverse, folks).  As I said, I really like her voice and I wish some of these up-and-coming blues singers would listen and learn from her approach.  Good stuff. 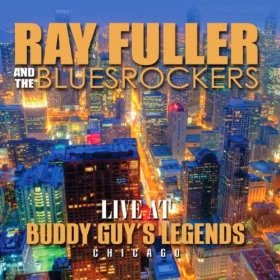 Ray Fuller and the Bluesrockers - Live at Buddy Guy's Legends Chicago:  Fuller has been around with his Bluesrockers since 1974, with some critically acclaimed releases dating back to the 80's.  Currently, he's a headliner at Legends on Saturday nights and he blows audiences away with his slide guitar and gritty vocals.  Last year, about this time (April, 2013), he captured one of his powerhouse shows at Legends for public consumption (with the esteemed Mr. Guy in attendance), and now those not familiar with Fuller and band can see (or hear) what all the fuss is about.  This is what a live album should sound like, gang.  It's absolutely relentless with a few well-chosen covers from Fuller's influences like Elmore James, Otis Rush, John Lee Hooker, Billy Boy Arnold, and Eddie Clearwater, plus some pretty good originals that mix well with the classics.  Blues-rock fans definitely need to get their hands on this one.  Now, here's a bit of Fuller in action to give you an idea of what to expect. 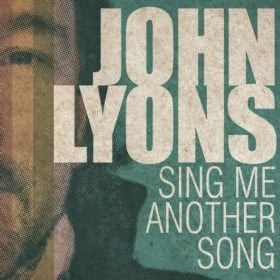 John Lyons - Sing Me Another Song:  The first thing you will notice about this guy is that he has a real knack for catchy hooks and melodies.  You will find yourself humming a lot of these tunes after the fact.  He's not just adept at playing the blues, but he also dabbles in rock, pop, and soul.  I can see Lyons moving into several different genres with relative ease.  His songwriting deals mostly with various affairs of the heart and his soulful delivery makes great songs sound even greater.  Lyon is a Michigan native who relocated to Switzerland over a decade ago, and over time he has developed into a fine singer/songwriter.  With any luck, this fine release will get the attention it deserves. 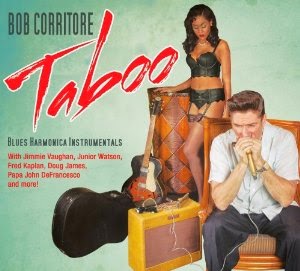 Bob Corritore - Taboo (Delta Groove):  Last year, harmonica wizard Corritore appeared on discs with John Primer and Dave Riley.  This year, he will be issuing this excellent all-instrumental harp showcase on April 25th.  Joining him on many of these tracks are a premium list of musicians including Jimmie Vaughan, Junior Watson, Fred Kaplan, Papa John DeFrancesco, and Doug James.  There's plenty of diversity in these tracks, which lets Corritore cover a lot of ground and he's more than up to the task, so the excitement never lets up.  Harp fans will dig it for sure, but there's some mighty fine music here that will appeal to a lot of folks. 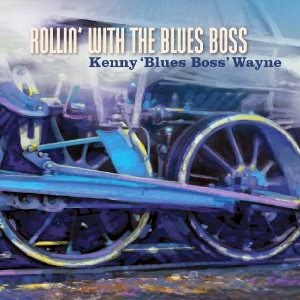 Kenny "Blues Boss" Wayne - Rollin' With The Blues Boss (Stony Plain):  I'm always glad to see a new release from a blues piano man.  The past few months, we've had several keepers from artists like The Claudettes, Arthur Migliazza, and this one from Kenny "Blues Boss" Wayne.  Wayne is a monster piano player, moving effortlessly from boogie woogie to old-school rock &amp; roll to the down home blues.  He has a great voice and gets some solid assistance from Eric Bibb and Diunna Greenleaf on selected tracks.  This is a highly enjoyable set and fans of blues piano need to seek this one out.  It will remind longtime blues fans of those classic piano blues tunes of the old days.

I told you......some fantastic new music that covers a broad range of blue styles.  In a few weeks, we'll be looking at several more recordings.  There's still plenty of springtime left for more New Blues For You.