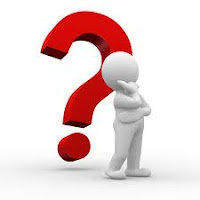 This week, Friday Blues Fix introduces a new topic that we hope everyone will enjoy.  We're calling it The Burning Question of the Week.  Our first subject is FBF favorite, Larry Garner. A few weeks ago, we were listening to one of Garner's albums, and since Garner is one of the best songwriters in the blues right now, there was a burning question that crossed our minds.  Since Mr. Garner has always been more than willing to sit down with FBF in the past (go here and here), we shot the question his way and he was gracious enough to give us a reply.  So, without further ado, here we go.....

FBF's Burning Question of the Week:  You're given the opportunity to do an album of nothing but cover tunes.  Which songs would you choose to do? 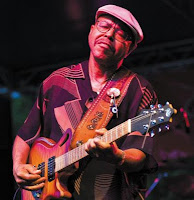 Larry Garner:  "Yeah, that's a thought that's traveled through my mind for some time....I would like to do..."

"As Long As I Can See The Light," by Creedance Clearwater Revival 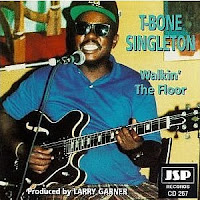 "When The Fat Lady Sings," by the Norman Beaker Band

"Option On You Baby," by the Norman Beaker Band

"Let Me Be Your Hatchet," by Silas Hogan


"Rock This House," by Tabby Thomas


So there you have it.....all in all, not a bad list of songs at all.  I would definitely be listening.  I love the swamp blues sound that Garner grew up with, and there's plenty here with tracks from Tabby Thomas, Clarence Edwards, Silas Hogan, and T-Bone Singleton.  There's a nice mix of old favorites from different genres that helped influence his sound and his songwriting (Sam Cooke's "Chain Gang," CCR's swampy "As Long As I Can See The Light," and Anne Murray's pensive "A Little Good News," actually sounds like a Garner composition).  Finally, there's good old traditional blues favorites from Garner's touring partner, Norman Beaker, Roomful of Blues, and Lonnie Mack.

Garner has mixed in the occasional cover on his previous releases with excellent results, so I would love to hear his take on some of these songs. 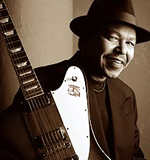 Many thanks to Larry Garner for taking the time to answer our Burning Question.  Hopefully, if you like this topic, we will revisit it again with a different question for a different artist in the near future.  In the meantime, take a few minutes to check out Larry's awesome body of work.  You will not be disappointed.

Here's Garner's tour schedule for the next several months, U.S. and European dates.  Be sure and catch him live if you're anywhere near these locations.