The Do Right Man Returns 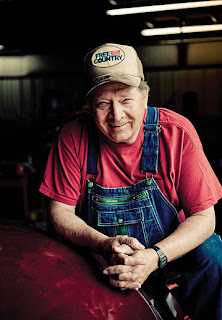 I’ve wanted to write about Dan Penn since I started this blog.  He is truly one of the unsung heroes of soul music, no question.  Peter Guralnick gave a wonderful account of Penn and the rest of the cast of characters who came in and out of the soul music scene in Memphis and Muscle Shoals during the 60’s at FAME and American Studios in his book Sweet Soul Music (I’ll say it again…..if you only read one book about soul music, though I can’t imagine why you would limit yourself in that way, THIS is the book you should read) back in the mid 1980’s.  I was already into R&B and rock, but I ventured deeply into southern soul music after reading it and from there it was a hop, skip, and a jump to the blues (with Guralnick showing the way with two other books, Feel Like Going Home and Lost Highway).

Penn was born in Vernon, AL and was a performer as a teen in local bands around Muscle Shoals.  He soon became a regular at FAME as a performer, songwriter, and producer, writing and selling “Is A Bluebird Blue?” to Conway Twitty in 1960.  The song became a hit for Twitty, and encouraged Penn to keep at it.  In 1966, he ventured to Memphis to work with Chips Moman at American Studios, and teamed with organist Spooner Oldham.  The pair produced a number of hits, including Bobby & James Purify’s “I’m Your Puppet”, a few for the Box Tops (“The Letter,” “Cry Like A Baby”), “A Woman Left Lonely” (recorded by Janis Joplin and, later, Charlie Rich), “Out of Left Field” (recorded by Percy Sledge and, on his last album, Gregg Allman), and “Sweet Inspiration” (recorded by the Sweet Inspirations and, later, by the Derek Trucks Band).

Two of his most memorable efforts were collaborations with Moman.  In 1967, James Carr recorded “The Dark End of The Street,” a song that has been recorded by numerous soul and blues artists.  Penn calls it “the best cheatin’ song.  Ever,” and it’s hard to argue with his thinking.  Over the years, I’ve heard it performed by soul, blues, country, and pop artists and it’s a perfect fit for all of those genres.  Around the same time, Aretha Franklin recorded Penn and Moman’s “Do Right Woman, Do Right Man.”  Franklin almost didn’t record it because her husband/manager, Ted White, had a major argument with FAME Records owner Rick Hall and the couple angrily departed the Muscle Shoals  studios with the song not quite completed.  She ended up finishing the song in NYC a few weeks later with her sisters singing backup.

Besides the ones listed above, most folks have heard “You Left The Water Running” (recorded by Otis Redding, James & Bobby Purify, Barbara Lynn, the Amazing Rhythm Aces, and Wilson Pickett) and “It Tears Me Up” (recorded by Percy Sledge).  Penn’s name comes up frequently when discussing great soul tunes of the 60’s, and many that should have been.

What's not as well known about Dan Penn is that he’s as good a singer as most of the artists who covered his songs.  James Carr battled emotional issues that eventually sidelined him as a performer, but he turned himself inside out to record “The Dark End of The Street” for Moman, who commented “What would I do if I wanted James to cut one of my songs?  Easiest thing in the world.  Just get Dan Penn to sing it.  He’d sing it, and all of a sudden James Carr could sing it.  He had to sing it, ‘cause Dan sung it so good.”  Penn recorded numerous tracks while with FAME and they were the stuff of legend for years since few, if any, were ever released.  Fortunately, Ace Records in the UK has issued these sides on a pair of CDs and listeners can hear for themselves what the fuss was about.

Penn has recorded sporadically over the years, releasing Nobody’s Fool in the early 70’s and the magnificent Do Right Man in 1994, where Penn returned to Muscle Shoals and recorded some of his classic tunes from the 60’s, along with some pretty impressive newer songs.  Penn and Oldham teamed up for a series of shows in the UK in 1998 and Proper Records released a live CD and DVD, called Moments From This Theater that’s one of my favorite live recordings.  Penn’s vocals are just amazing, blending grit, sweetness, vulnerability, and most of all…..soul.  Penn has also released a few “demo” albums on his own Dandy label over the past fifteen years that he recorded at home.  I’ve only been able to track down one of these so far, Blue Nite Lounge, which was very enjoyable. 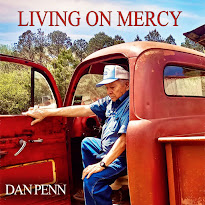 A few weeks ago, Penn released Living On Mercy, his first full-blown studio release in 26 years.  Recorded in Nashville and Muscle Shoals, Penn sounds as good as ever.  The session is relatively laid back and relaxed and the songs, mostly new, are very strong.  At 78 years old, he’s still got it.  He sounds just as good as he did on Do Right Man...if anything, his voice is an even better fit for this music.  If you're reading this, more than likely, you've heard some of Dan Penn's songs from other artists.  I'm telling you now that no one does Dan Penn's songs better than Dan Penn.