In my spare time (such as it is), I contribute CD reviews to Blues Bytes, a music site sponsored by the Phoenix Blues Society.  I've been contributing reviews for almost 21 years and I really enjoy it...it's as close to a hobby as I have, I guess....other than listening to the blues.  I've gotten to hear a lot of great music that I probably would have missed otherwise.  Occasionally, I like to tip my fellow FBF'ers off to some great new releases, and while the ones I'm discussing today aren't exactly new, they definitely deserve to be heard by as many blues fans as possible.  Extended reviews of each of these will be up in a week or so in Blues Bytes' September issue, but this will give you a sneak preview.  Here we go....... 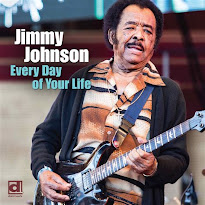 When I started listening to the blues in the mid-80's, one of my first purchases was an Alligator Records sampler called Genuine Houserockin' Music.  It featured a track from Jimmy Johnson called "You Don't Know What Love Is," and I loved it because it was such a great mix of blues and soul with Jimmy's distinctive guitar and his soulful, gospel-influenced vocals.  Over the years, I managed to track down most of his albums and was never disappointed.  Every Day Of Your Life (Delmark) was his first album in at least 20 years and it came out late last year.  Johnson does nine tunes here, four songs with two different bands, and one song with him singing and playing piano.  He wrote half of the tunes and they're all keepers, and he does a marvelous job on the cover tunes.  The album came out around the time that Johnson celebrated his NINETY-FIRST birthday.  He sings and plays like a blues man half his age.and I get the feeling he's not close to hanging up his guitar.  Blues fans don't know how fortunate they are to still have Jimmy Johnson making music and I hope he doesn't stop anytime soon. 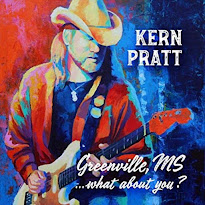 A few years ago, I got to review this great album called Broken Chains by a singer/songwriter/guitarist named Kern Pratt, from Greenville, MS.  His latest release, Greenville, MS...What About You? (Endless Blues Records), is even better.  Pratt wrote three of the songs and the other seven tracks are covers of some of his favorite songs.  He grew up in the Mississippi blues scene and met a lot of the area's blues legends when they shopped in his dad's hardware store, becoming immersed in their music at a very young age.  He's a very expressive singer with a lot of soul and his guitar playing is superlative, really standing out on some of the slow burners on the album.  He's assisted on these tracks by producer Bob Dowell, who plays a host of instruments as well, along with slide guitarist Chris Gill and Memphis-based guitarist Jeff Jensen, along with Gregg Allman's horn section (Marc Franklin and Kris Jensen), and Muscle Shoals legend Clayton Ivey.  Check out Pratt and Jensen wailing away on Bobby Rush's classic, "Chicken Heads." 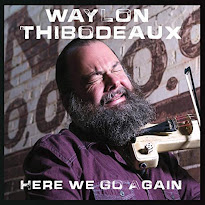 Waylon Thibodeaux, known as Louisiana's Rockin' Fiddler, has released a couple of entertaining albums on Rabadash Records over the past decade, both of which deftly blend Cajun music with rock, soul, Swamp Pop, and the blues.  His third release for the label, Here We Go Again, focuses firmly on the blues, with guest appearances from bass player Benny Turner, guitarist Josh Garrett, harmonica player Johnny Sansone, and Rabadash head man and keyboardist John Autin, who also produced.  Thibodeaux is a great singer in a variety of genres and his fiddle playing is always a pleasure to hear...he even used an effects pedal to great effect on several tracks.  His own songs cover a wide range of styles from Cajun to country with an emphasis on the blues and he covers songs from the late, great David Egan, J.J. Cale, Edgar Winter, and Willie Nelson.  Few people realize what an effective instrument the fiddle is when playing the blues, but everywhere I've heard it was a perfect fit.  Thibodeaux certainly doesn't do anything to disprove my previous thoughts.  If you like the blues, or any of the great music that's found in the Pelican State, you will love this disc.
In Case You Missed It..... 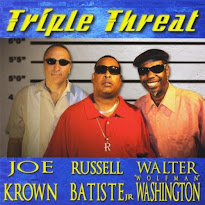 Longtime readers of FBF are aware that Walter "Wolfman" Washington is one of my favorites, ever since I saw him perform at Jazz Fest in 1987.  He's the total package for me, a fierce guitarist, a dynamite singer, and comfortable playing blues, soul, funk, and jazz.  He has a rock solid catalog of music dating back to the mid 80's and there's not a clunker in the bunch.  A few years ago, I found Triple Threat, a collaboration with Washington, organist Joe Krown, and drummer Russell Batiste, Jr. that I'd never even heard of, at Amazon and snatched it up.  All three artists are mainstays of the Crescent City music scene and this album shows why.  It's a mix of blues, funk, and soul, fairly evenly split between instrumentals and vocals from Washington.  After listening, I can't understand how I let this one slip by me the first time around.  The trio have released a couple of additional albums, including a live set at the fabled Maple Leaf, that I definitely have to track down, but this one will do for now.
Posted by Graham at 12:01 AM