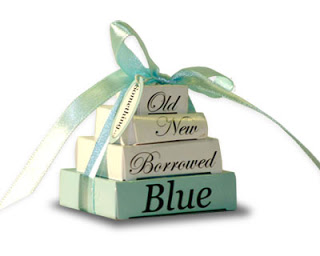 It's been another one of those weeks, fellow FBF'ers.  Your humble correspondent has been working nights for most of the week, so as a result I have fallen even further behind on my blues-related duties (writing reviews for Blues Bytes and writing this blog), so this will be another last minute edition of Friday Blues Fix.  This time, we're going to go the Something Old, Something New......route, so without further ado, let's proceed.


(For newcomers, this post will include four artists:  One that hails back to days of yore (Something Old), a relative newcomer to the genre or a new release (Something New), a blues artist taking a song from another genre, or vice versa (Something Borrowed), and finally, an artist who, to me is the essence and epitome of the Blues (Something Blue).) 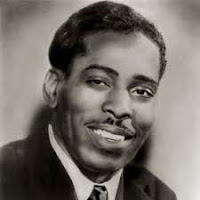 For Something Old, here's the ORIGINAL version of "The Thrill Is Gone," which was released in 1951 by Roy Hawkins on Modern Records.  His style was similar to artists of the time like Ray Charles and Charle Brown and he struggled until he broke through in the early 50's with this song and another one called "Why Do Everything Happen To Me?"  That song was inspired by a car wreck which paralyzed his right arm  He wrote a number of songs that were later popularized by other artists.  B.B. King actually recorded "Why Do Everything Happen To Me?" in addition to "The Thrill Is Gone."  Hawkins' version made it to #6 on the R&B charts in 1951, but King's version has long eclipsed it.  Hawkins' bad luck streak continued with King's release because he was not credited at the composer on early pressings of the record.  Not much is known about the rest of Hawkins' life, other than he passed away in the early/mid 70's.  Here's the original version of "The Thrill Is Gone."

For Something New, check out this smoking hot track from JJ Thames' brand new release, Raw Sugar on Grady Champion's DeChamp Records.  Regular FBF visitors met Ms. Thames a couple of years back when she sat down with us for Ten Questions.  We thought she was on the way to becoming a big name in the blues world with her powerful and versatile vocals, but Raw Sugar verifies that great things are ahead for this wonderful and talented lady.  Raw Sugar was produced by Eddie Cotton, who co-wrote many of the tunes with Thames and provides some exceptional guitar work throughout.  A lot of the tunes deal with the effects and aftereffects of a failed relationship, and Thames really pours her heart into these tunes.  She recently won her third consecutive Female Vocalist of the Year award at the 2016 Jackson Music Awards.  Check out "I'm Leavin,' just one of the standout cuts on Raw Sugar. 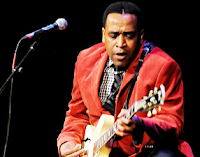 For Something Borrowed, let's check out the above-mentioned Eddie Cotton from this year's Legendary Rhythm & Blues Cruise, as he covers the legendary Albert King's blues standard, "I'll Play The Blues For You."  Cotton remains one of the best kept secrets in the blues, but this clip shows that he's quite a performer as a singer in an Al Green mode and one of the finest guitarists currently practicing.  So sit down, take your shoes off and let your hair down while taking in one of the blues' finest performers.  When you're done, head over to iTunes or Amazon or wherever you buy your music and check out some of Cotton's excellent recordings, including his most recent, One At A Time, which to these ears is his best studio release yet. 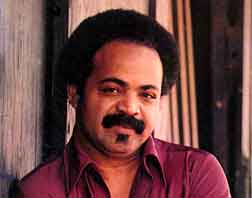 For Something New, look no further than one of the genre's most familiar anthems, "Down Home Blues," from the late, great Z.Z. Hill, who would have been 81 years old today (September 30, 1935).  Hill recorded the song for Malaco Records back in 1982, and it became one of the best known blues songs ever and has become a regular part of many soul-blues artists' set lists.  The album Down Home, which included "Down Home Blues," stayed on the Billboard Soul Chart for almost two years.  Sadly, Hill didn't get to enjoy success for very long because he passed away in April of 1984 from a heart attack.  Hill had been in a car accident a couple of months earlier and a blood clot formed after the accident, causing the heart attack.