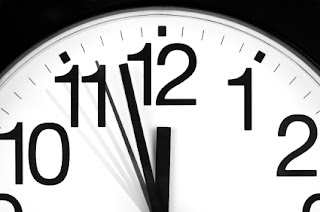 It's been a pretty hectic week around here....lots going on at work and at home.  I spent a couple of nights wrapping up reviews for the upcoming issue of Blues Bytes (hopefully, out next week).  Usually, I work on the blog on Wednesday nights, but I had to work that night until midnight, so I'm scrambling around trying to get it done at the last minute.

Since time is winding down this week, FBF will do a quick "old school" post, like in the olden days when I did if via email to co-workers.  Most of the time, I did these in about ten - fifteen minutes before work and sent them out to give my friends as a little pick-me-up on the last day of the work week.  I would usually send a couple of songs with a brief description about the song and artist.

This week, FBF will look at a couple of my favorite blues men who really deserve to be much better known than they are.  Chances are that you already know them and love them, but there's always somebody who will be hearing them for the first time, so here we go....... 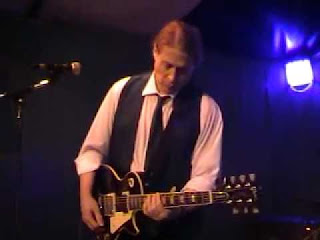 Let's get started with the amazing Bobby Radcliff, one of New York City’s powerhouse guitarists.  Radcliff fell under the spell of the blues at a young age and even ran away from home at 16 to Chicago to meet Magic Sam.  Radcliff’s style is reminiscent of Sam’s and Buddy Guy and the rest of those Chicago West Side guitarists and he’s got a killer voice to boot.  He made some great recordings in the late 80’s and early 90’s, but has been away from the studio since then for various reasons.

Radcliff still keeps a high profile on the club circuit along the east coast, and released a CD on his own label after a decade-long absence from the studio a few years ago.  This year, he guested on several tracks of blues fiddler Ilana Katz Katz's Movin' On album (you'll be hearing more about her in a few weeks).  This track is from his debut CD way back in 1989, which was called Dresses Too Short and it’s a powerful rendition of Dyke & the Blazers’ “Ugh!”  If there was any justice in the world, blues fans would be singing his praises from every mountaintop. 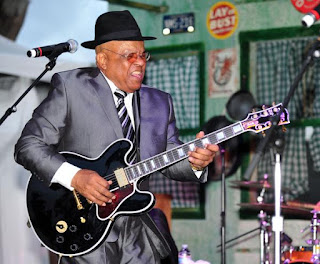 Another FBF favorite, Roy Gaines, has achieved some measure of popularity over the years since he’s recorded mostly in California after moving from the Houston, TX area as a fledgling guitarist taken in by the sounds of T-Bone Walker and determined to follow his path.  Gaines played with Bobby Bland, recording some electrifying sides with the blues legend, and he did do some great recordings of his own in the 50’s, but sort of fell off the radar for the most part until resurfacing in the late 80’s on his brother, former Little Richard saxophone man and band leader Grady Gaines’ album Full Gain.

Gaines also played guitar on several movie soundtracks, including The Color Purple (he also had a small role), and has appeared in many commercials for Coca Cola, Heineken, KFC, AT&T, Coors Light, and Krystal, over the years playing, of course, a blues man.  He was seen pretty frequently in one of those arthritis medicine commercials that played during the Olympics back in the early 2000's, playing, of course, a blues man, but a very active one in this case as he jumps all over the stage.  Though he’s now 82, Gaines still cuts a powerful figure on stage and is one of the best guitarist out there as he mixes blues, jazz, and sometimes even country.  One of my favorite albums of his was 1999's I Got The T-Bone Walker Blues, where he paid tribute to his musical mentor.  This song, one of my favorites, comes from that CD, a neat remake of Hank Williams’ “Honky Tonk Blues,” and features Gaines with steel guitarist Al Velasco and gives the old country tune the T-Bone treatment.  It's pretty hard to listen to this one without at least tapping a toe.  Interestingly enough, Gaines was managed at one time in his early career by Williams’ ex-wife and remained friends with her over the years.

That's all for now.  See you next week for your Friday Blues Fix.