It's time once again for Friday Blues Fix's look at five discs that might have slipped through the cracks upon their first release.  If you're like me, you might have missed them because you weren't listening to the blues at the time, or these albums might have been overshadowed by other new releases, or hard to track down, or maybe they went out of print before you could find them, or maybe you just flat missed out the first time around due to total cluelessness, which is usually my excuse.  Don't look now, but this is your golden opportunity to make up for lost time and track down these great albums.  Some of them may be out of print, but they can be found pretty easily online at eBay or Amazon.  You can thank me later. 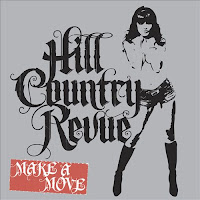 Hill Country Revue - Make A Move (Razor & Tie Records):  This is a spin-off group from the North Mississippi Allstars, or as the group calls it.....an "extended band."  When Luther Dickinson took a break to join the Black Crowes for their 2008 tour, brother Cody Dickinson moved from drums to guitar and fronted this ensemble, which included NMAS bass player Chris Chew, and includes appearances from a pair of Burnsides (bass guitarist Garry, who also wrote seven of the ten songs here, and guitarist Duwayne).  While this set encompasses a lot of the sound of NMAS, there's more of a Southern blues rock edge to these tunes, really more rock-edged than the usual Allstars fare.  Think of a fusion of R.L. Burnside (the group covers two of his songs) and Duane Allman and you have the idea.  Fans of  either of those artists will really dig this one. 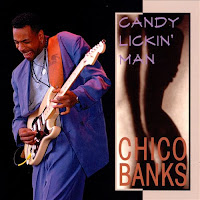 Chico Banks - Candy Lickin' Man (Evidence Records):  In the late 90's, Vernon "Chico" Banks was mentioned with many of the young blues guitarists taking the genre by storm.....Bernard Allison, Melvin Taylor, Rico McFarland, etc.  His father, Jesse Banks, was guitarist with the Mighty Clouds of Joy, and the younger Banks paid his dues backing and performing with a bunch of blues artists, including Taylor, James Cotton, Buddy Otis Clay, Little Milton, Buddy Guy, and Mavis Staples, but he was also influenced by other non-blues artists, like Hendrix, George Benson, Ahmad Jahal, the Isley Brothers, and Parliament/Funkadelic.  All of those sounds are present in this album, which was released in 1997.  Banks covers tunes by Albert King, another influence, King Floyd, Elmore James, and Detroit Junior., but he also acquits himself well as a songwriter, co-writing several tunes with his brother, keyboardist Stanley Banks.  He plays some pretty impressive guitar on these 14 tracks, and seem poised for stardom, but he developed health problems, undergoing surgery for a faulty heart valve in 2007 and passing away in December of 2008 at the young age of 47.  Check out some of his dynamic fretwork below. 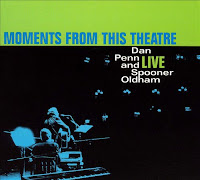 Dan Penn and Spooner Oldham - Moments From This Theatre (Proper Records):  Longtime readers here at FBF are well aware of that Dan Penn is one of my favorite songwriters.  He's composed hit tunes for dozens of soul/blues artists.....Solomon Burke, Aretha Franklin, James Carr, the Box Tops are just a few of the artists who have covered Penn tunes, many of which were collaborative efforts with keyboardist Spooner Oldham.  The duo recreate many of their classic tunes on this live recording, which collects performances from several appearances in Ireland in 1998.  In addition to being a great songwriter, Penn is one of the finest blue-eyed soul singers to ever step behind a mic and his talents are on full display on these 14 tracks.  He strums guitar, while Oldham provides a cushy backing with his Wurlitzer piano.  Newcomers to both will not only be surprised that Penn wrote so many familiar songs, but they'll also be amazed at his voice.  This is one
discs that is well worth seeking out, especially for soul/blues fans. 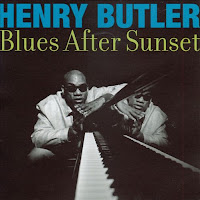 Henry Butler - Blues After Sunset (Black Top Records):  Prior to this CD's release in 1998, I was familiar with New Orleans' Henry Butler as a jazz pianist......an incredibly talented one.  Having become familiar with other New Orleans piano masters over the years, I often wondered what Butler would sound like if he chose to do a full-fledged blues album.  This amazing disc provided the answer.  Butler did everything on this disc, producing it, writing 8 of the 12 tracks, did all the arrangements, and played piano and sang (he's also a classically trained vocalist who just tears these tunes up).  He's joined on several tracks by another Crescent City master, guitarist Snooks Eaglin, and harmonica player Mark "Kaz" Kazanoff.  This is just an extraordinary release that fell by the wayside after Black Top folded in the late 90's, but is one that would fit in any music lover's collection. 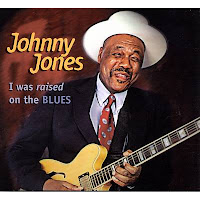 Johnny Jones - I Was Raised On The Blues (Black Magic Records):  In the late 90's, longtime Nashville-based blues/R&B artists made a bit of a comeback, notably singers Earl Gaines and Roscoe Shelton.  Guitarist/singer/songwriter Jones also resurfaced in 1999 with this fine comeback effort, actually his debut as a leader.  Born in Tennessee, he had moved with his family to Chicago and played with a small group that included Freddy King and Junior Wells, After leaving Chicago in the late 50's, he worked regularly in the 60's and 70's in the Nashville area, playing with Hendrix for a couple of years and "Gatemouth" Brown during that time, but pretty much retired in the late 70's after becoming frustrated with the music business.  He resurfaced in the late 90's, backing Shelton and singer Charles Walker.  This release is very enjoyable.  Jones had a piercing guitar style that occasionally brings to mind Albert Collins and was a very good singer as well.  Jones recorded two additional albums before passing away in October, 2009 at age 73.