Well, as the late, great Gary B.B. Coleman once sang, "Romance without finance is a nuisance."  Truer words were never spoken, and not just with romance-related items.  It's hard to get by without some money in your pocket and it seems like it happens quite a bit for most folks these days.  Today, let's take a listen to a few songs that reflect the state of the pocketbook. 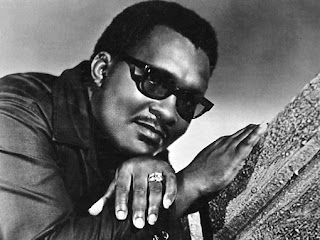 First up, let's visit the soul side of the blues with O.V. Wright's "Nickel and a Nail."  Now I don't care how broke you've ever been, you've probably never been this broke or this heartbroken.  Wright was one of the all-time great soul singers, and we discussed his music here at FBF a few years ago.  He recorded in Houston for the Peacock label's subsidiary Back Beat and later in Memphis on Hi Records, produced by the legendary Willie Mitchell at both stops.  He scored with a lot of tunes that are frequently covered today by soul and blues artists, including "You're Gonna Make Me Cry" and "I'd Rather Be Blind, Crippled, and Crazy," but "Nickel and a Nail" is among his best efforts. 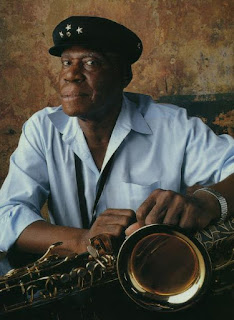 A.C. Reed was a vital part of the Chicago blues scene for nearly 60 years.  Born Aaron Corthen, he took his stage name from his friend, Jimmy Reed, and played and recorded with many of the Windy City's greats......Junior Wells, Son Seals, Earl Hooker, Willie Mabon, Ricky Allen, Buddy Guy, and Albert Collins.  He also released several 45's and albums of his own over the years, fronting a band cleverly named the Spark Plugs.  A lot of his own songs dealt with being broke or fed up with the music business and one of his best was from his appearance on Volume 3 of Alligator Records' essential Living Chicago Blues series.  It's called, naturally, "Hard Times." 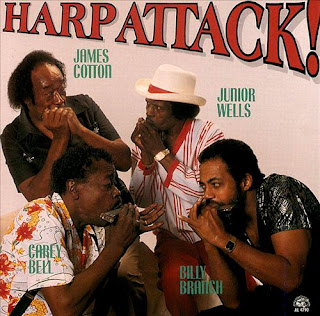 In 1990, Alligator Records released Harp Attack, which featured a "Dream Team" of Chicago blues harmonica masters......Junior Wells, James Cotton, Carey Bell, and Billy Branch.  Each were featured on several tracks paired with one or more fellow harp wizards accompanying them.  It was really noteworthy because it was Wells' first recordings in at least ten years.  He was in pretty fine form, like he's never been away and this track was one of my favorites on the album, teaming him with Branch.  Here's "Broke and Hungry" for your listening pleasure. 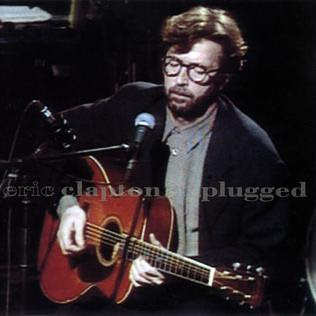 Here's an old favorite, originally done by Bessie Smith back in the 20's, "Nobody Knows You When You're Down and Out." This smooth blues has been recorded by many over the years, but this version is by Eric Clapton and is taken from his 1992 MTV Unplugged appearance and subsequent album. Clapton has always moved between blues and other styles, but on this session, one of the biggest selling albums of the 90's, he really embraced the blues, covering a variety of blues classics from artists like Big Bill Broonzy ("Hey Hey"), Muddy Waters ("Rollin' and Tumblin'"), a couple from Robert Johnson ("Walkin' Blues" and "Malted Milk"), and this classic. It served as a great intro to the blues for a lot of fans in the early 90's.

Next up, we have Lonnie Shields, from the Mississippi Delta.  Twenty to twenty-five years ago, some believed that Shields was in line to becoming the "next big thing" in the blues, with his mix of soul and blues being looked at as the next phase beyond the "big thing" at the time.......Robert Cray.  A lot of this was based on his early 90's release, Portrait, which was released by Rooster Blues Records.  Shields started out playing R&B and funk, but was encouraged by Sam Carr to take up the blues and soon he was playing with Carr, Frank Frost, and Big Jack Johnson.  Shields has recorded several other albums since, and continues to perform all over the U.S. and Europe, but never really got the big break that was expected, which is a shame because he certainly deserves to be heard.  If you've never checked out Portrait, put it on your "To Hear" list.  In the meantime, check out this poverty-related tune, which is one of the disc's highlights, "Fistful of Dollars."


A lot of blues fans are familiar with Muddy Waters' son, Mud Morganfield, who has released several excellent albums on Severn Records, including an award-winning effort last year with Kim Wilson, but Waters' has another son who plays the blues who made his debut in the late 90's and continues to perform and record today.  Big Bill Morganfield was raised in Florida by his grandmother and had little contact with his dad.  The music bug bit him relatively late.....he earned a degree in English at Tuskegee University and one in Communications from Auburn University, and didn't start playing music until after Waters passed away in 1983.  After taking six years to learn his craft while paying his bills working as a teacher, he won over an audience at Center Stage in Atlanta, which encouraged him to work harder.  He eventually signed with Blind Pig Records and released a couple of acclaimed albums, also winning a Handy Award as Best New Blues Artist.  Morganfield's contribution to our post is called "Dead Ass Broke," from his first album, Rising Son.

Louisiana Red, a.k.a. Iverson Minter, was one of the more creative performers and songwriters in the blues.  He was also very prolific, recording over 50 albums for a multitude of labels, including Chess, Earwig, Severn, Ruf, and Tomato .  He lived a tough life, losing his mother to pneumonia when he was just a week old.  His father was lynched by the Ku Klux Klan when he was five.  One of his biggest tunes was called "Too Poor To Die," released in the mid 60's on the Glover label, and it features his creative and often humorous knack with a blues theme.  Red moved to Germany in the early 80's and built a big following in Europe over the next thirty years, regularly returning to the U.S. to record and perform.  His recordings are all great, and he was still pretty active up until his death in February, 2012. 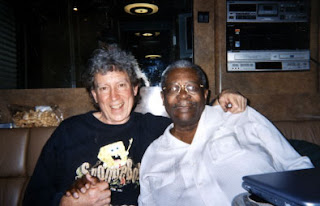 Let's close on a more positive and upbeat note.  Money isn't everything, but it doesn't hurt to keep a dollar in your pocket, just in case.  Back in 2008, Elvin Bishop released The Blues Rolls On, which featured Bishop with a veritable who's who of blues musicians, including Tommy Castro, John Nemeth, George Thorogood, Derek Trucks, Warren Haynes, R.C. Carrier, and the Homemade Jamz Blues Band.  One of the coolest tracks was with one of Bishop's idols, B.B. King.  It started out as an interview and led into a wonderful cover of Roy Milton's "Keep a Dollar in Your Pocket."  Sounds like they had a fun time recording it.

That's all for this week, but when you're digging through your pockets or the sofa cushions for loose change this week, just remember that it could always be worse.