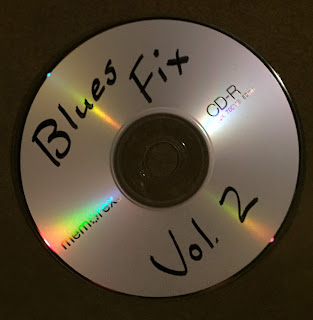 Well, we've come to the end of Volume Two of our Blues Fix Mix CD series.  It took a bit, with a few delays and interruptions thrown in, but we've reached the conclusion at last.  I recently put together Volume Six for a friend of mine, so there's still a chance we will revisit these in the future, but not for awhile.

After this post, we will be posting a year-end Top 20 Favorite Albums of 2018 in a few weeks, but the blog will be going on a bit of a hiatus after that.  We still have our FBF Facebook page and I will be sharing a few items there......album reviews and such.......but sometimes it gets pretty hard to put together a post that's worth stopping for in the time allowed.  I will post from time to time here and promise to let you know via Facebook when that happens, so by all means, please stop by our FBF FB page and join up. 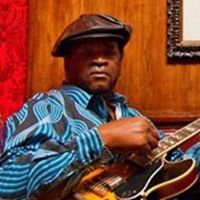 This week's track comes from an artist that I discovered about 15 years ago named Dave Riley.  Riley was born in Hattiesburg, MS, but moved with his family to Chicago as a teen.  His dad was a preacher and, like many blues men, Riley started out in gospel as part of a family band.  His family moved from the West Side to the North Side near Maxwell Street, where young Dave heard live blues for the first time.  He sang and played guitar as a teen, mostly gospel and Motown.  After high school, he was drafted for duty in Vietnam.  While stationed in Seattle, he got to hear another musical influence........Jimi Hendrix.

After he was discharged, Riley played in a gospel group, occasionally playing soul and the blues, but quit the music business to help raise his son, working  as a prison guard at Joliet State Penitentiary.  He worked for 25 years in the prison system, developing an addiction to drugs and alcohol, two habits he kicked in the late 80's.  When his son was grown, he began playing the blues again, but suffered a broken neck in a car crash in the late 90's, which ended his career at the prison and greatly limited his ability to play guitar.  Through hard work and perseverance, Riley regained his guitar-playing ability.  He's released a few CDs, my favorite being his Fedora release, Whiskey, Money and Women from 2001.  He's also released three excellent albums with harmonica master Bob Corritore, the last one being Hush Your Fuss! in 2013.  He also performed with the late John Weston and Sam Carr in the Delta Jukes, a slight variation of the famous Jelly Roll Kings.  They released a very good album called Working for the Blues in 2002. 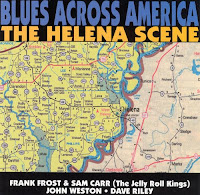 However, the song that closes Volume Two comes from an earlier release on the late, much-missed Cannonball Records, Blues Across America:  The Helena Scene, one of a series of albums that highlighted blues artists from different cities.  Similar to earlier anthology sets that featured three or four artists per album each contributing three or four songs, this album featured Riley, along with Weston, and Carr with Frank Frost (these were Frost's last recordings).  It's a pretty solid set, as you can imagine if you're familiar with any of these artists, but Riley really shines on his four songs, my favorite being "Automobile," a hard charging blues rocker that will close our Volume Two with style and pizzazz.  Enjoy and thanks for stopping by!!