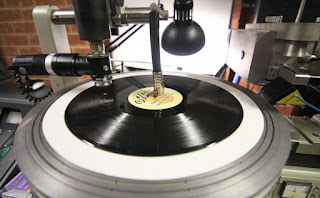 It's time once again for a new batch of mini-reviews of new releases over the last few months.  As most readers know, your humble correspondent also writes reviews for Blues Bytes, THE monthly online magazine of blues CD reviews.  I'm looking at a huge stack to review over the next few months, but I'm taking a little time to give you a sneak preview at a handful of the cream of the crop each month, so you can get your hands on them as fast as you can.  Hopefully, each month FBF will be offering up a few reviews of new and upcoming blues albums, so be sure to check back in on a regular basis. We appreciate your support, as always. 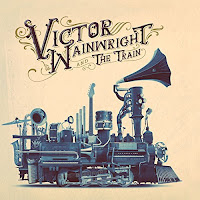 Victor Wainwright picked up another couple of awards a couple of weeks ago at the 2018 Blues Music Award - his second consecutive Pinetop Perkins Piano Player of the Year and Blues Band of the Year.  Recently the keyboard master put together a new band called The Train, and their new self-titled release (Ruf Records) will probably result in Wainwright returning to the stage for a couple more BMA's next spring.

The new release features a dozen new songs that touch on a variety of music styles.  Of course, there are several furious piano workouts that will have listeners moving whatever they're able to move, but there's also a couple of songs that find Wainwright mining the swampy blues territory of Dr. John and Leon Russell.  He also ventures into the deep soul arena on a couple of tracks and there's also a positively Allmanesque instrumental and a fine tribute to B.B. King that features guitarist Monster Mike Welch.  Wainwright is a great songwriter with a updated perspective on old blues subjects and several of these will make listeners smile knowingly, whether procrastinating on going to the doctor, keeping a positive outlook, or thinking about the one you love.  Blues fans should track this one down because anything from Victor Wainwright is a sure thing. 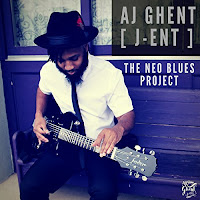 It only makes sense that young A J Ghent [J-ent] is a formidable steel guitarist.....his father is Aubrey Ghent, one of the current Sacred Steel guitar masters who has emerged over the last 20 years, his great uncle, Willie Eason is considered to be the creator of the Sacred Steel Tradition, and his grandfather, Henry Nelson, is the founder of the Sacred Steel rhythmic guitar style.  Young Ghent is not only carrying on their traditional Sacred Steel form, but he can also tear it up a slide guitar or resonator guitar) and he has expanded his sound to take in elements of blues, funk, pop, rock, and R&B.

His latest release, The Neo Blues Project (Ropeadope Records), is a six-song EP that not only shows off his mad guitar skills, but also reveals his talents as a singer, songwriter (he wrote five of the six tunes), and musician (he played all the instruments on the album).  Several of the songs mix the blues effectively with heavy doses of funk, There's one raw house rocker that folks will be talking about which combines the best qualities of Hendrix, Lenny Kravitz, and Gary Clark, Jr.  There are a pair of deep soul ballads that showcase his singing ability, and a straight-forward rock n' roller.  The disc is just over 20 minutes, but you won't just listen to it one time anyway.  Hopefully, this disc will lead to a future full-lengther very soon. 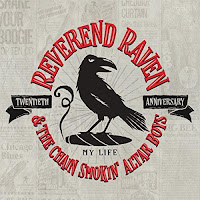 Reverend Raven and the Chain Smokin' Altar Boys recently marked 20 years as one of the hardest-working blues bands in the business.  Long regarded as one of the finest blues bands in Wisconsin, the Milwaukee-based band recently released My Life (Nevermore Records), a compilation of 16 tracks from the band's previous four albums, remixed or re-recorded as a new version.  Raven and his associates are equally adept at Chicago-styled blues, Delta blues, and Swamp blues, not to mention jazz, swing, roadhouse and jump blues.  Raven enlists several harmonica players who have played and toured with the band over the years, Cadillac Pete Rahn, Benny Rickun, Madison Slim, and Westside Andy Linderman, along with sax man Big Al Groth on a couple of tracks, and the Reverend is a veritable force of nature himself on guitar and vocals. This is a fabulous look at some of the finest work of this excellent band over the last couple of decades and it will definitely make listeners want to dig deeper into the band's catalog. 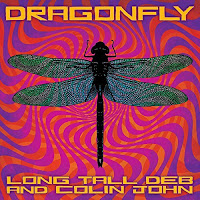 I heard about Long Tall Deb and Colin John a couple of years ago, when they released the EP, Streets of Munbai a couple of years ago.  I never had the opportunity to hear it, but I have heard the follow-up, Dragonfly (Vizztone), and I recommend it without hesitation.  The duo has traveled the world over the past couple of years, visiting much of America and also Europe, India, and Nepal.  The new album embraces not only blues, but Americana, rock n' roll, jazz, surf, pop, and world music, and it's loaded with surprises.  John is a superlative guitarist and Deb is a great vocalist with a lot of range, which works well with these tunes, which meld a lot of different styles.  One song sounds like a mash-up between surf music and a spaghetti western, while John breaks out a sitar and a baritone guitar on another tune.  Another tune blends surf guitar and Spanish influences.  This all makes for a wonderful listening experience.  While all of it is not blues, it has strong roots in the genre, and the combination of John's guitar work, Deb's vocals, the excellent songwriting, and interesting musical twists make this one that deserves to be heard.......so give it a listen!! 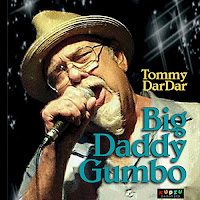 Several years ago, I met a fellow blues fan named Jim Shortt on the old Blues Access music board.  Jim was a retired computer ace at the Johnson Space Center, but he had been a lifelong blues fan, even helping Johnny and Edgar Winter book a few shows when he was in college and the brothers were in their teens.  He knew just about everybody who was anybody on the Houston music scene and introduced me to a whole lot of great music that I'd never heard before.  He loved to send me mix CDs of bands from his area, plus lots of swamp blues and pop songs from years ago....many of which I still listen to.  He also would send me songs via email that he thought I would dig.  One of those was from a guy named Tommy Dardar, who was a music legend in Houston.  He was known by all as "Big Daddy Gumbo" and he played along side nearly all of Houston's blues and R&B stars over the years, singing and playing harmonica up until his sudden death in July of 2017.

Dardar released a great album in 1999, Fool For Love, that brought a lot of attention to him....enough to encourage him to start recording a follow-up in 2001.  Sadly, he had to suspend production due to financial and health issues and never was able to get back to it. Happily, his friend and producer Tony Braunagel was able to locate the tracks Dardar recorded and finish them up with help from the original studio band (including Braunagel on drums, Johnny Lee Schell on guitar, Jon Cleary on piano, and Hutch Hutchinson on bass), plus a lot of Dardar's buddies on the music scene.....including Mike Finnigan, Joe Sublett, vocalists Tommie Lee Bradley and Teresa James.  The finished product, Big Daddy Gumbo, features Dardar's eight recorded track, an excellent set of originals written by Dardar and his friends, plus a loving tribute by the friends that closes the disc.  There's plenty of great blues, Gulf Coast-flavored R&B, and Swamp Pop in these track and Dardar's powerful vocals and harp are front and center.  It's too bad that this great artist didn't get the recognition he deserved, but thank goodness Braunagel and friends were able to get this out there to allow blues fans to hear what they missed.