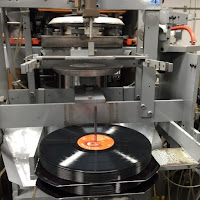 A little change of pace this week as FBF looks at a few new releases that are well worth your time.  As always, expanded versions of most of these albums will appear in upcoming issues of Blues Bytes, the monthly online magazine of blues CD reviews.  Your humble correspondent has been listening to a LOT of great new releases lately and reviews of each of these (and many others) will be available at Blues Bytes in the next few weeks.  In the meantime, here's a few quick picks to check out...... 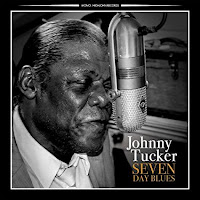 A longtime vet of the L.A. blues scene, drummer Johnny Tucker backed Phillip Walker for over 30 years, as well as other area greats, but still found time to make a few recordings of his own, showing a fine voice as comfortable singing soul as he was the blues.  His latest, Seven Day Blues (High John Records), is his first release in nearly 12 years, and has a definite Chicago feel to it with several guest musicians who know the sound very well - guitarist Big Jon Atkinson (who also produced), guitarist Kid Ramos, and harmonica ace Bob Corritore.  Tucker wrote all fifteen songs and there's not a dud in the bunch.....each tune sounds like a long-lost track from the 50's, lyrically and instrumentally.  His warm, seasoned vocals are a great fit for this style of blues and fans of old-school, traditional blues will be hitting "Replay" on this one for sure. 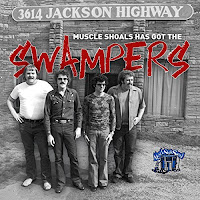 If you were a music fan in the late 60's or early 70's, chances are very good that you heard a song that was recorded in Muscle Shoals, AL with musical backing from The Swampers.  These guys (keyboardist Barry Beckett, guitarist Jimmy Johnson, bassist David Hood, and drummer Roger Hawkins) played on hits for Aretha Franklin, Wilson Pickett, Paul Simon, Rod Stewart, Percy Sledge, the Staple Singers, Bob Seger, the Rolling Stones, Delbert McClinton, and many, many others.  Lynyrd Skynyrd refers to them in "Sweet Home Alabama" (hence the title of this album).  Malaco Records discovered a set of recordings by the rhythm section.....some of them were studio jams, some were recordings they made by request.....and has collected the set as Muscle Shoals Has Got The Swampers.  It's a fine set of 14 instrumentals that cover a lot of ground......blues, R&B, Southern rock, and soul......think of a Booker T & the M.G.'s/the Meters/Sea Level merger and you've got The Swampers.  Glad Malaco saw fit to get these out to the listening public. 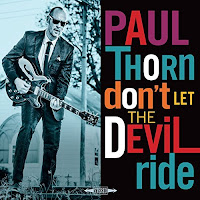 I was listening to Beale Street Caravan a few weeks ago and their featured artist was Paul Thorn.  During a short interview, Thorn stated that his next album would be a collection of gospel tunes, which intrigued me.  Paul Thorn fans are aware that the singer's dad was a Pentecostal preacher and young Paul grew up singing and playing tambourine at church.  He traveled to different churches with his dad to perform and Thorn fell in love with the music in the black churches, which were R&B-based.  Thorn's Don't Let The Devil Ride (Perpetual Obscurity Records) pays tribute to those old timey Southern gospel songs, covering 14 familiar and not-so-familiar tracks.  Thorn's gritty, weathered vocals are a snug fit with these tunes, and he gets some very complimentary backing from a prestigious list of guest artists.....the Blind Boys of Alabama, the Preservation Hall Jazz Band's horn section, and, have mercy, the McCrary Sisters. 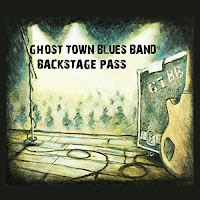 What makes a good live album?  For me, it's three things.  First, it has sound just like you're in the audience.  Second, the band really has to be firing on all cylinders.  Third, it has to be so good that you wish you had been there to experience it.  Backstage Pass, the newest release by Memphis' Ghost Town Blues Band has all three of those qualities and probably a few more to boot.  One of the things I really like about GTBB is that it's obvious from the beginning that Matt Isbell and company are having as much fun as their audience is and that really comes through on this album.  The band itself is like a well-oiled machine and their influences range from the blues and soul that's central to their home base to Crescent City R&B to the Southern rock of the Allmans and even classic rock.  Speaking of which, It's really cool the way that the band inserts bluesified snippets of rock classics into their songs, and the way that they transform songs from other artists, classic tunes even, giving them a unique GTBB makeover.  I will tell you that you will not want this 9-song, 65-minute set to end.....seriously.  This is one of the best live discs I've heard in a long, long time.

Hi Bill,
My name is Reneé Austin. I was signed to Blind Pig when in 2005 I had surgery on my thyroid. My left vocal nerve was paralyzed and I couldn't speak above a whisper. But God! Thanks to series of real miracles, I am able to sing again. I just finished my first record post-miracle. I'd like to send you one. Where could I send it? You can see my story here: www.reneeaustin.org. BTW, the first book you mention in your profile is also my favorite book :O)

Hi, Renee. I sent a message on your Facebook page a few minutes ago. Thank you. Glad you're singing and performing again. You have a wonderful story to share. As you said in your story at your site, "Don't stop praying!"