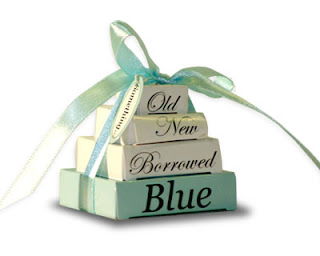 Once again, it's time for one of FBF's oldest and favorite topics, dating back to the pre-blog days when I used to email a few blues songs to my friends every Friday morning.  This week, we will look at four artists, one that hails back to days of yore (Something Old), a relative newcomer to the genre or a new release (Something New), a blues artist taking a song from another genre, or vice versa (Something Borrowed), and finally, an artist who, to me is the essence and epitome of the Blues (Something Blue).  Let's get started, shall we...... 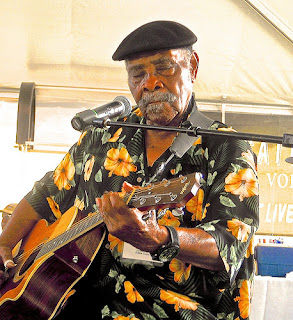 For Something Old, here's Eddie Cusic.  Cusic passed away in August, but he served as an interesting and unique link between traditional and contemporary blues.  He was born near Leland, MS in 1926 and, like many of his peers, he started out playing a diddley bow before graduating to an electric guitar, playing during the early 50's with a trio called the Rhythm Aces, one of whom was Little Milton Campbell, who Cusic taught to play guitar when he was a kid.  After serving in the army, Cusic settled down and began working days at a Ford plant and later for the USDA at a meat packing plant.  During that time, he often accompanied James "Son" Thomas and the duo actually recorded a song for an anthology in the mid 70's, but Cusic had to step away from music for financial reasons and began to work full time at a quarry, where he worked until his retirement in 1989.

Upon retirement, Cusic began playing again, this time using an acoustic guitar, so he actually transitioned from electric to acoustic, unlike many of his peers, who did just the opposite.  He appeared regularly at various festivals in Mississippi and even the Chicago Blues Festival and became quite popular.  He even released a "field recording" of sorts in the late 90's, called I Want To Boogie, which featured his interpretations of several blues classics.  If you've not heard it, you're missing a great disc of Mississippi Delta blues (It's available as I Want To Boogie on HighTone Records or as Leland Mississippi Blues on Wolf Records). Here's Cusic's cover of the Chicago blues classic "Cut You Loose."  Cusic provided a nice bridge between the old classic blues and the blues of today. 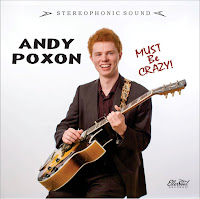 For Something New, blues guitarists don't come much "newer" than Andy Poxon, who recently broke into his 20's and already has three albums under his belt.  He may look a bit like Opie Taylor, but this youngster is a force to be reckoned with on guitar and is also a talented vocalist and a rapidly developing songwriter, having written many of the song on his albums.  He's released three albums so far, his first one at age 16, and his most recent release is Must Be Crazy, on EllerSoul Records, which was co-produced by Kevin McKendree and is a real winner.  Poxon is not only versed in the blues, but he also mixes jazz, R&B, and swing.  You are strongly encouraged to check out this great young guitarist, who is definitely on the fast track to stardom with his talents.  See below...... 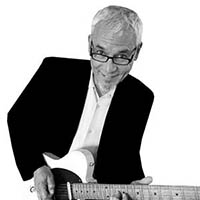 For Something Borrowed, let's check out another Andy.......Andy Santana,  The West Coast-based guitarist has been performing since the 70's.  He sings and plays guitar and harmonica.  He's fronted the West Coast Playboys and the Soul Drivers for a long time, throwing in the occasional recording, including his recent Delta Groove release, Watch Your Step.  While he plays a lot of West Coast-styled blues, which is a combination of Texas and Chicago blues, he also plays a lot of New Orleans R&B, including several great tunes on this album, including a couple of tunes by one of my Crescent City favorites, Smiley Lewis.  Watch Your Step made FBF's Top Twenty list last week, and is actually in our Top Ten.  I really enjoyed the combination of blues and R&B on this release and hope to hear more from him soon. 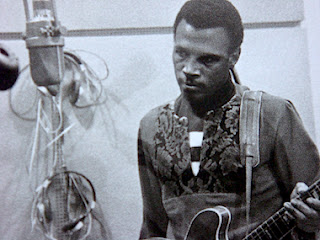 For Something Blue, look no further than the late, great Magic Sam.  Delmark is releasing a "Deluxe Edition" of Sam's final studio release, Black Magic, this Friday.  This edition features the ten original tracks remastered from the original analog tapes, six alternate tracks, plus two previously unissued tracks.  To many other listeners, Magic Sam's two Delmark albums provided the template for modern blues, mixing blues with the urban soul sounds of the day.  Friday Blues Fix will be taking a deeper look at the Deluxe Editions of both of Sam's albums in the near future, but in the meantime, here's one of my favorite tunes from Black Magic, the opening cut, "I Just Want A Little Bit," which features Sam with sax man Eddie Shaw and guitarist Mighty Joe Young.