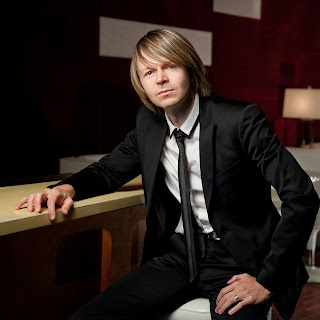 Doley split time between Sydney, Australia and New Orleans to record Bayou Billabong, which makes sense because he is well-versed in the music of the Crescent City.  Guest musicians from N.O. include several members of Jon Cleary's Monster Gentlemen, who serve as Doley's rhythm section throughout, plus the Treme Funktet, which consists of several members of the New Orleans funk outfit Galactic and Trombone Shorty's Orleans Avenue.  Doley's own Hi-Fi-Doley-T Horns more than hold their own as well, and Manx even stops by to play guitar on a couple of tracks.  There's plenty of great music on the disc that will make fans of New Orleans Blues and R&B happy, but Doley also mixes influences from Down Under as well, especially on the instrumental title track, which features Manx and Didgeridoo virtuoso Gangi Giri.

Mr. Doley graciously agreed to take part in Ten Questions with FBF, discussing his career, his influences, and his view of the Australian Blues scene, and we appreciate his taking the time to do so.  You can find out more about him and his previous, current, and upcoming projects at his website, but after you go through the Ten Questions, of course. 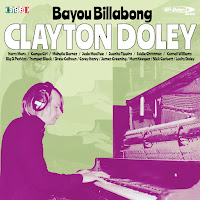 Friday Blues Fix:  Can you describe the blues scene in Australia?  There’s obviously a considerable amount of interest in the blues there. How long has this been going on and how do you explain the appeal of the music to fans down under?

Clayton Doley:  The scene is pretty healthy here in that there great bands and a community of fans that support the local talent. There are some great Blues festivals, particularly the Byron Bay Bluesfest which brings out some of the worlds best Blues artists. However having seen the scale of the Blues scenes in other countries I now realize that the Australian scene is tiny in comparison, Australia just doesn’t have the population that America and Europe has so inevitably the scene is smaller but that is probably why we support each other and try to nurture the new talent and the next generation of players.

I guess Australia was probably introduced to the blues through the British bands and then discovered the original blues after that. It’s a little before my time but I know that Muddy Waters toured Australia in the early 70’s, so there must have been a scene then. A friend of mine with whom I used to play with when I was growing up, and the person who taught me the most about the blues, actually opened for him on that tour. It would have been incredible just to get to see Muddy play, let alone get to open for him and meet him.

FBF:  What kinds of music did you grow up listening to?

CD:  I was an unusual child, I really only listened to 50’s Rock and Roll music. I was lucky enough to be introduced to that style from about age 10 when I first started playing the piano, I loved Little Richard and Jerry Lee Lewis so much and their music was perfect to bang along on the piano with.

FBF:  Can you describe how you discovered the blues?  When you became a fan, who were some of the artists that you listened to?

CD:  Discovering the Blues seemed a natural progression from the 50’s Rock and Roll that I was listening to, once I discovered 60’s Chicago Blues I become completely obsessed by it. It really was my whole life and I guess I became a bit of a blues nerd. My favorite piano player was Otis Spann and I collected everything I could of his, so I bought lots of Muddy Waters records that he played on.

FBF:  In making your latest album, Bayou Billabong, you journeyed to the Deep South to record part of it.  What were you able to get from this experience that was different than if you had remained in Australia to do it?

CD:  In the last 5 or so years I have been spending about 3 or 4 months of each year touring around North America and Europe so I have had the opportunity to visit the deep south and soak up the atmosphere see some great music. I found being in New Orleans in particular very inspiring for writing songs, it gave me the idea that the new songs should be recorded in New Orleans by local musicians. I had the Monster Gentlemen, Jon Cleary’s amazing backing band, in mind all along for this project. I have known them for many years and we have worked together a few times when they have been touring in Australia.

Recording in New Orleans was a fantastic experience, it was a bit scary being so far out of my comfort zone but I feel the nervous energy brought out the best in my playing as well as fueling the energy of the session. The other really great advantage was being able to choose the incredible horn players that are on the album. New Orleans has the Marching Brass Band tradition that seems to make all the horn players so intuitive. It was great to be able to get some of the real deal marching band flavour on the recording, it made a huge difference and really validated the project.

FBF:  What was it like for you when you made your first trip to the land where the blues began?

CD:  The first time I set foot on the ground in New Orleans I felt like I had come home. It was completely foreign and strange in one way but also strangely familiar because I have been such a student of the music and culture for so long. It’s a funny feeling when you recognize street names from songs and buildings from books and album covers. These days I know so many people there that it really is like a second home now. 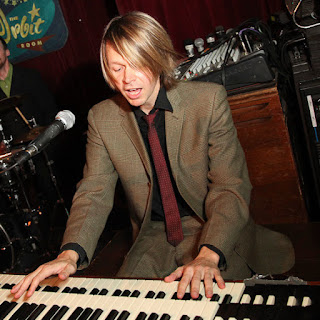 FBF:  Can you describe your particular brand of blues?  Do you blend other musical styles with the blues?

CD:  My brand of blues is on the Soul/Jazz side with a bit of New Orleans Funk thrown in. I try to stay away from the normal blues stereotype, I love the blues as a traditional art form but I also believe it needs to evolve naturally to stay current. It’s important to blend styles and I try to add some Australian flavor to my blend of blues, it’s only natural to do so when you are a songwriter and inevitably write songs about Australian experiences.

FBF:  Who are some of your influences as musicians, blues or other genres?

CD:  Booker T and the MG’s are still to this day my favorite all time band. I love all their original instrumental songs but I also love them as a backing band for other artists. Booker T is the undisputed master of getting the most tones out of the Hammond Organ, I have learned so much from him, especially his use of the spinning Leslie Speaker and volume pedal. Other Organist I love include Billy Preston, Jimmy McGriff, and Art Neville. Piano players I really love include Otis Spann, Professor Longhair, Meade Lux Lewis, and Oscar Peterson to name a few.

FBF:  Can you describe your songwriting process?  Who are some of your influences as composers?

CD:  Some of my favorite songwriters would have to be Willie Dixon, Allen Toussaint, and Bill Withers, they have a clever way with words but are also very honest and humble. I aspire to that and I often think about how they would approach a subject before I attempt to approach it. For me, I always start with chords and melody then add the lyrics later, I feel the song should have a melody strong enough to be an instrumental piece otherwise I discard it and start again. When it comes to writing lyrics I often write lots of verses describing a situation then when the subject matter has evolved enough I write the chorus and the hook, then I go back to the verses and usually I just pick the best two verses.

FBF:     What has been your biggest moment as a blues artist?

CD:  I am probably the most proud of getting to perform and be part of a great recording project with Joe Bonamassa last year, but there are plenty of other highlights. I have been very fortunate to have played with many of my heroes over the years when I have been in the backing band when Blues Artist such as Hubert Sumlin, Big Jay McNeely, Louisiana Red, have toured Australia. I also got to play with Steve Cropper and Duck Dunn when they came to Australia, that was a moment where I had to pinch myself. I have also opened for Albert Collins, BB King, James Brown and the Meters at various times.

FBF:  What would you like to do as a musician that you haven’t done yet?

FBF:  Can you tell us about any of your future projects? 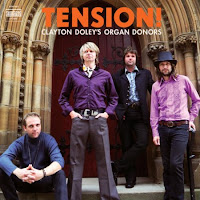 CD:  I would like to do another instrumental album, I have made one already back in 2010 called Tension by Clayton Doley’s Organ Donors and it is such a different way of making and album. When there are no vocals you really concentrate on the sounds more because you have to keep it interesting for the listener. I like to experiment with vintage equipment and tape machines for effect when I record. Using soundscapes in the blues genre has not really been explored that much and it would be fun to try some ideas out soon.

FBF:  Who are some other Australian blues artists for us to look out for?

CD:  I love Ray Beadle, if you have not heard of him, definitely look him up. I have known him since he was a young boy and he was turning heads then and now he has turned into one of Australia’s most unique blues guitarists. Over the years we have worked on the occasional project together and I have witnessed his musical growth. He is certainly a force to be reckoned with.

My other favorite is Dave Brewer, most notably from the Mighty Reapers. I have been playing with him quite regularly for almost 20 years. He is a great friend and an absolute firecracker of a guitarist, every gig is like an explosion if ideas and energy. You must look him up too.