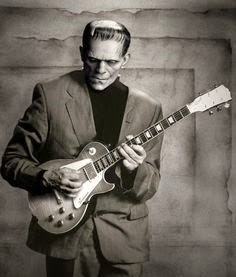 Friday Blues Fix wishes everyone a Happy Halloween!  Even though we're still battling computer issues, this week, we continue our look at some of the fall's best new CD releases on the blues scene.  Over the next few weeks, we will also devote full posts to a couple of new discs.....there are so many good ones hitting the stores......so be on the lookout for those.  In the meantime, here are a few mini-reviews to whet your appetite.  As always, full reviews of these discs are, or will be, available at THE blues CD review site, Blues Bytes.  Stay tuned, because we will be looking at many more new releases over the coming weeks. 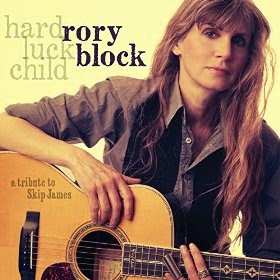 Rory Block - Hard Luck Child:  A Tribute to Skip James (Stony Plain Records):  I have enjoyed all of the previous albums in Block's Blues Mentor series (Son House, Mississippi Fred McDowell, Rev. Gary Davis, and Mississippi John Hurt), but this one is my favorite of the bunch.  I'm a huge fan of Skip James (no surprise to longtime visitors), and this is a wonderful tribute to the man and his talents.  Block actually got to meet him when he was in the hospital, as he battled the cancer that would eventually take his life, and she got a glimpse of the complex man behind this complex music.  She does a wonderful job interpreting some of James' best-known songs......her guitar playing is impeccable as always and it (along with her vocals) really captures the spirit of the music......the heartache and despair that was often a part of James' life.  His music wasn't always easy listening for the uninitiated, but Block does a great job of opening it up for new listeners, who should want to hear more from both artists after listening to this fine effort. 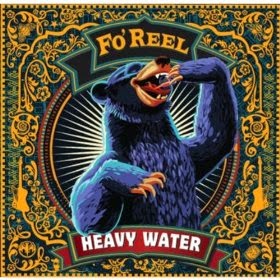 Fo' Reel - Heavy Water:  This project was conceived by guitarist Mark Domizio (Bryan Lee) and includes legendary soul singer C.P. Love and keyboard wizard Johnny Neel (Allmans, Gov't Mule, Dickey Betts) among its members.  Their specialty is Louisiana-styled blues, R&B, and funk.  The band is tight and knows how to funk things up.  They also venture into Memphis-styled soul ("Breaking Up Somebody's Home") and they've got a talented pair of singers (Love and Rick Lawson) who are up to the challenge.  There's also a dandy pair of Luther Allison covers, a couple of tunes that are reminiscent of 70's era Tower of Power, and two instrumentals that move from blues to jazz.  These guys do everything well, and it's all seasoned with that New Orleans flavor.  This is a nice debut release and will leave you wanting to hear more from these guys soon. 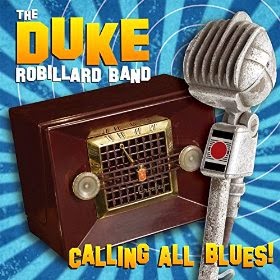 The Duke Robillard Band - Calling All Blues! (Stony Plain Records):  Robillard's latest release looks at the many facets of American blues and roots music and their places of origin.  There are several tracks that reflect a Memphis influence, a few with Texas leanings, and even a few wild cards thrown in (Robillard plays Turkish saz on one track, backed by a kitchen-sink-array of percussion instruments).  Throughout, the Duke mixes in plenty of his tasteful guitar work, as always mixing a healthy dose of jazz and swing flavor into his classic blues sound.  Robillard never disappoints and this disc is no exception.  He is in fine form and he gets great support from his longtime band mates and singer Sunny Crownover, who takes the mic for one tune, as does keyboard player Bruce Bears.  This is one of Robillard's best releases, which is really saying something. 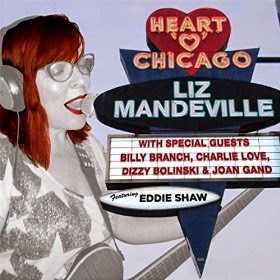 Liz Mandeville - Heart 'O' Chicago (Blue Kitty Music):  Chicago blues singer Shirley Johnson asked Mandeville to write a few songs for her upcoming album a couple of years ago.  While composing, Mandeville got on a roll and ended up writing 19 songs, deciding to use 11 of them on her own CD, which is a fantastic collection of Chicago-styled soul, R&B, and blues.  Backed by a veteran band that includes singer Charlie Love, sax legend Eddie Shaw, and harp master Billy Branch, Mandeville has released one of her finest albums yet.  She sounds great on these songs, showing a lot of range with a variety of styles, and her songwriting, which covers traditional blues-related issues with a modern touch, is good enough that you will probably be hearing others cover these songs in the near future.  Mandeville says in the liner notes that she loves Chicago blues and soul, and this release backs her up 100%. 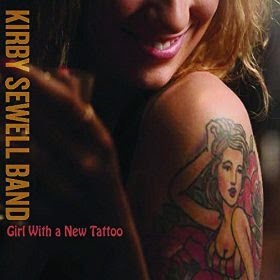 Kirby Sewell Band - Girl With a New Tattoo (Smelly Cat Records):  This five-piece Canadian band really put a hop in my step with this release.  Lead singer Sewell is loaded with soul, grit, and  charisma, and the band is just powerhouse, moving ably from blues to soul to country to rock.  The whole disc has a real 70's vibe.  Remember when a band would mix these various styles on the same album and nobody tried to pigeonhole them into one format or another.....it was just good music that everyone enjoyed?  That's what this CD reminds me of, and chances are pretty good that you will feel the same way.....if you remember the 70's anyway.  Regardless, it's a great CD and I look forward to hearing more from them. 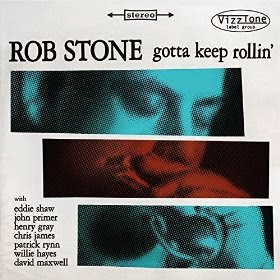 Rob Stone - Gotta Keep Rollin' (VizzTone):  Fans of the classic Chicago blues can't go wrong with any of Stone's releases.  The harmonica player has released four consistently fine release, culminating in this most recent effort, his VizzTone debut.  He's backed by his longtime band, which includes guitarist Chris James and bassist Patrick Rynn, who are also contributing mightily to keeping the Windy City blues alive and vital with a couple of fine releases of their own, plus guest appearances from Eddie Shaw on sax and keyboard studs Henry Gray and Dave Maxwell.  This well-rounded set is half fairly obscure covers and half originals, and I promise you won't be able to tell which is which....the originals are that good.  Fans who like the old school sounds with a nice contemporary flair will really enjoy this CD from an artist who deserves to be better known. 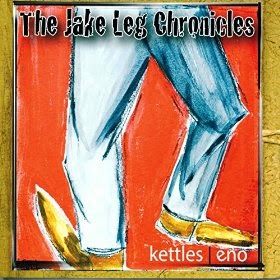 Kettles / Eno - The Jake Leg Chronicles (Indian Proud Entertainment):  You really need to give this one a listen.  It's a collaboration between Steed Kettles and Jeff Eno, both veterans of a couple of fabled Atlanta bands (Skin n Bones and Liberty Jones).  There's a little bit of everything here, from southern rock and soul to folk to roots to Americana, but it is all rooted in the blues.  With songs about falling in love and out of love, bad fortune, injustice, despair, and inspiration, most of us listeners, especially the ones down south, will have little difficulty relating to most of these songs.  It's not all heavy either, with a few songs that will tickle your funny bone, too.  The best description of The Jake Leg Chronicles would "Everyman Southern Rock."  It's really good stuff. 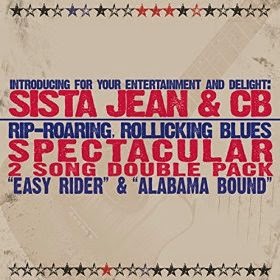 Sista Jean & CB - Spectacular 2-Song Double Pack (Freckled Bandit Records):  If you missed this duo's previous release from a couple of years ago, Back to the Root, you need to backtrack and give it a listen.  Fellow FBF'er Sista Jean (Jean McClain) combined her soulful vocals with CB's (Carlyle Barriteau) dazzling acoustic guitar were a wonderful combination (we discussed it here).  This 2-song EP will give you a taste of their upcoming album, a tribute to Odetta, one of McClain's musical idols, and should satisfy their fans until the new release hits the stores.  Both of the songs on this EP were done by Odetta (and also Leadbelly) back in the day, and they will not be on the future CD, so if you want to hear these songs, this is the only way to get them.  Based on these two tracks, I am eagerly awaiting the full album in March of 2015.