A Few Items of Note

This week seemed like a good week to catch up on news and a few items that might have slipped through the cracks during the past few weeks.....a few items of note, a couple of reviews, and a little blues news to get you up to date. 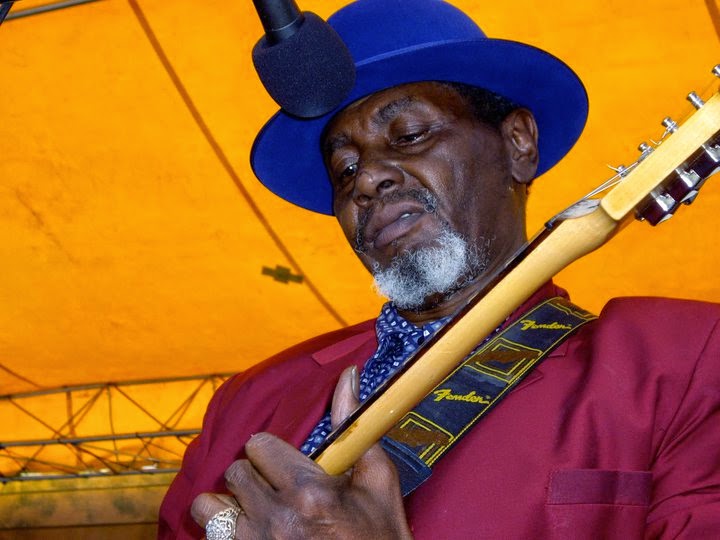 Last week, James Kinds passed away after a couple of years of battling health issues.  The Drew, Mississippi native relocated to Chicago at an early age, and was on the fast track to being one of the next "Big Things" in the blues back in the mid 70's, but the stars didn't exactly line up for him and he caught a couple of bad breaks, including an ill-fated venture with Ike Turner during Turner's dark period (Turner allegedly stole a song from Kinds, "Basketball," which later became a hit for rapper Kurtis Blow).

Kinds ended up relocating to Dubuque, Iowa.  Though he still continued to play, he didn't really receive a lot of attention until he made a successful appearance at the 2007 Chicago Blues Festival, which resulted in him catching the notice of Delmark Records, who released his excellent CD, Love You From The Top.  I really enjoyed that release.  It was a mix of soul and Chicago-styled blues.  Kinds' singing was similar to a couple of soulful Chicago blues artists to me.....Magic Sam and Syl Johnson.....and he was a solid guitarist in the West Side tradition.  Kinds' health began to decline a couple of years ago and he had faded from the music scene.  He never really got the recognition that he deserved, but I'm happy that Delmark did give him the opportunity for a larger audience before it was too late.


I must let you know about this great little internet series, courtesy of musician, and fellow FBF'er, Marshall Lawrence.  It's called Why I Love The Blues and it features Lawrence, who was working as a judge during the IBC's in Memphis earlier this year, asking blues musicians, fans, and movers & shakers why they love the blues?  Here's how he describes it.


In January 2014, I went down to Memphis, Tennessee to be a judge in the International Blues Challenge (IBC) and also to perform a set for the Blind Raccoon showcase. It was my first time down there and I had a blast. The feeling of community and fellowship in the Blues was certainly prevalent throughout the week. I highly recommend that you attend whether you are a Blues lover or not.
One thing that struck me was the enthusiasm for the Blues that exuded from the musicians and from the fans. This gave me an idea, an epiphany of sorts. I wanted to find out where this passion for the Blues comes from. Armed with a video camera I decided to ask them. Initially I thought that maybe only a few people “might” be interested in coming in front of the camera for an interview. Boy was I wrong. The response from the Blues community at the IBC was overwhelming. In just a couple of days, we filmed over 50 interviews and got some interesting perspectives.

Based on these interviews, we created a series of 13 web episodes on “Why I Love The Blues”

They are a lot of fun and you might find yourself saying, "Hey, that's why I love the blues, too."  Each episode runs around three minutes and is certainly worth any discriminating blues fan's time.  Below, you can check out all thirteen episodes below in one sitting.  Go ahead......I can wait a few minutes.  While you're at it, please visit Marshall's website for more info about the series and to check out his own music.  You'll be glad you did. 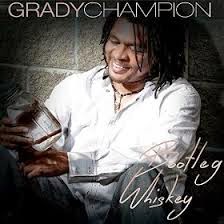 It looks to be a very good year for FBF favorite Grady Champion in 2014.  The Canton, MS-based blues man kicked off his new DeChamp Records label earlier this year with outstanding releases from Eddie Cotton and JJ Thames, he's is the cover subject of this month's Living Blues (featured with several other up-and-coming harp players), and Bootleg Whiskey, his new release on Malaco Records, will hit stores on September 2nd.   Malaco label head Tommy Couch, Jr. produced the new release and proclaims Champion to be "the next big 'blues guy.'"  I can easily see that happening, based on this new release, which showcases Champion's masterful blend of traditional, contemporary, and soul blues and may be his best release yet.  I've been listening to him since the late 90's Shanachie recordings and all the signs were there even back then.  He's a charismatic performer and there's really nobody else out there right now who sounds like him.  There's really no bad place to start listening to his music, but Bootleg Whiskey is probably the most complete picture of his talents to date, so check it out. 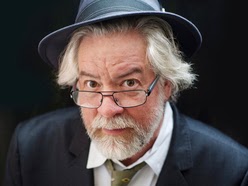 Please remember singer/songwriter/keyboardist David Egan in your prayers as he battles some serious health issues.  Egan was a member of the famous Shreveport band, A-Train, with Buddy Flett and singer Miki Honeycutt, and later was a member of Jo-El Sonnier's band, the Lafayette Cajun band, File', and the all-star Swamp Pop group, Lil' Band 'o Gold.  Over the years, he has developed into one of the best songwriters around, penning tunes for Irma Thomas, Terry Evans, Marcia Ball, Solomon Burke, Joe Cocker, Percy Sledge, John Mayall, and Johnny Adams.  He's also released several excellent albums over the years, including his wonderful self-titled release from last year, which we reviewed here.  While you're sending prayers and well-wishes his way, take the opportunity, if you haven't already, to check out some of his music.  You'll be glad you did. 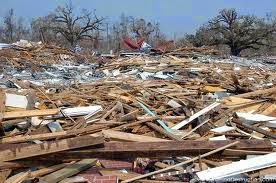 Today (August 29th) marks the ninth anniversary of Hurricane Katrina pummeling the Gulf Coast, one of the worst storms in history.  I live 150 miles from where it reached land and it was still scary here several hours later.  Since we were without power for a few days, we didn't see how bad the storm actually was until several days later, when we saw the massive damage on the Gulf Coast and in New Orleans.

Below is "Katrina," a new song describing the storm, from Generation Blues Experience, an interesting group that includes 14-year-old guitarist Ray Goren, 80-year old-guitarist Jamie Powell, and 70-something singer/harmonica player/Louisiana native Sammy Lee.  We will be discussing this group, and their great new album (Private Angel), more in the coming weeks.


Another sad anniversary this week was the 24th anniversary of the death of Stevie Ray Vaughan on August 27th.  Friday Blues Fix wrote at length about SRV and his impact on the blues and guitar players in general, as well as some of his influences, several years ago.  Most blues fans can remember where they were when they heard of his death and will gladly sit and tell you how much his music impacted their lives.  I can't add very much at all to what was written here four years ago, so just take a few minutes and listen to the man play. 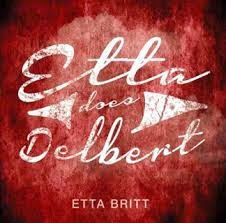 We'll close out this week with another great release.  Singer/songwriter Etta Britt recently released an outstanding collection of songs written by or made popular by Delbert McClinton.  Etta Does Delbert is such a fantastic collection that Mr. McClinton himself asked to be included in the fun, and he sings harmony vocals on several tunes and shares lead vocals with Britt on one track.  Not that she needs a whole lot of help in the vocal department.....she can bring it pretty well on her own and she has some great musical support from husband Bob Britt on guitar, Lynn Williams on drums, Steve Mackey on bass, and Kevin McKendree on keys.  This is a real standout and definitely worth a listen for fans of Delbert McClinton, who will soon become fans of Etta Britt.