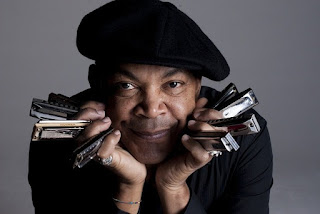 It's been a wild couple of weeks around here, both at home and at work.  Now that things have settled down a little bit, folks are trying to make up for lost time all over the place, especially at work, which is part of the reason why there was no post last week and why there nearly wasn't one this week.  Luckily, things have eased up a bit for a couple of hours, so here's a look at some of the new blues I've been listening to for review in future issues of Blues Bytes.....THE monthly online magazine of blues CD reviews!!  Here are three recent releases that showed up that have managed to stick around my listening room for awhile. 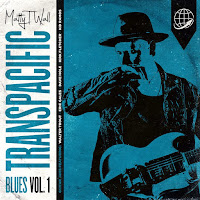 Matty T. Wall - Transpacific Blues Vol. 1 (Hipsterdumpster Records):  For his latest release, the Australian guitarist decided to take on eight of his favorite blues classics tunes.  They have to be favorites because he really cuts loose on these tracks, both vocally and on guitar.  Blues fans will be familiar with all of these tracks, previously released by John Lee Hooker, Albert Collins, Freddie King, T-Bone Walker, Robert Cray, Albert King, among others.  While Wall really doesn't need any help interpreting this classics, he invited several of his guitar-playing friends to participate.....Dave Hole, Eric Gales, Kid Ramos, Walter Trout, and Kirk Fletcher.  Wall's collaboration with Fletcher on the blues standard "Born Under A Bad Sign" is a standout among standouts.  If a modern take on traditional blues favorites is in your wheelhouse, then you must, by all means, give Transpacific Blues Vol. 1 a spin.  You'll be beating the bushes for Vol. 2 after you listen. 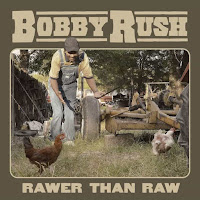 Bobby Rush - Rawer Than Raw (Deep Rush Records):  In 2007, Bobby Rush released Raw, his first foray into acoustic blues.  Since his appearance in The Blues series in 2003, Rush has mixed his raucous brand of soul-blues with the occasional stripped-down blues and widened his audience considerably in the process.  This release is a sequel of sorts to the 2007 release.  It's a bit of a change to hear him in this format, but that doesn't mean that he's not comfortable in his surroundings, in this case accompanying himself on harmonica and guitar.  Rush is a good guitarist, but a most excellent harmonica player.  He wrote five of the eleven tracks here and really puts his own distinct, personal spin on the covers.....at this point in his career, he can't help but put his own personality into any song her performs.  Longtime fans needn't worry that he's softening up in his old age (87 this November).....there's still plenty of fire left in his delivery on these tracks.  So, is Rawer Than Raw rawer than Raw???  It's a close call, but the best way to decide is to check out both of these great releases and make up your own mind. 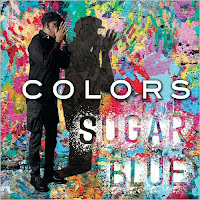 Sugar Blue - Colors (Beeble Music LLC):  If you are old enough to remember The Rolling Stones' #1 hit "Miss You" from the mid 70's, you probably remember that distinctive, piercing harmonica that wove through the track....and other tracks from the Some Girls and Emotional Rescue albums.  Sugar Blue played the harmonica on assorted tracks from both albums.....Mick Jagger discovered the young harmonica playing on the streets of Paris and invited him to play at the sessions.  Previously backing such blues luminaries as Johnny Shines, Roosevelt Sykes, and Louisiana Red, Blue's appearances with the Stones helped launch his solo career.  Though he's not been exactly prolific during the following forty-something years, his work has always been of high quality, and Colors may be his best effort yet.  He's always been able to mesh other styles into his brand of blues and with this release, he probably covers the most ground this time, with tracks of rock, jazz, world music, and a fine pair of acoustic tracks.  His songwriting is great as well and he's always been able to incorporate a bit of humor into his songs, but is not afraid to step on a few toes as well.  Sugar Blue is one of the best harmonica players currently practicing and there's plenty of great harp work here......this is one blues artist who should be better known than he is.  Check this disc out......you won't be disappointed.
Note:  The song in this video is “Dirty Old Man,” not “Man Like Me.”