One of the most familiar blues tunes to even the newest of blues fans is "The Sky Is Crying."  It has been recorded by numerous blues and rock artists since it's original release by Elmore James in 1960.  I even heard it on the 2013 Sacred Steel collaboration, Robert Randolph Presents The Slide Brothers.  I was listening to that CD this week in my truck and it occurred to me that I've probably heard more "definitive" versions of this song than any other blues song.......it's been done so well so many times by so many people.  Let's look at a little bit of the history of this song.


As stated above, James initially released "The Sky Is Crying" on Bobby Robinson's Fire label in March of 1960.  It was recorded in November of 1959 and basically made up on the spot by James, who was inspired by a rain storm which took place during the recording session.  He was backed by his longtime band, the Broomdusters, a formidable group that included James' cousin Homesick James on bass, J.T. Brown on sax, Odie Payne on drums, and Johnny Jones on piano.  James' distinctive slide guitar was even more distinctive on this recording, although no one is really sure why.  According to Steve Franz in his book, The Amazing Secret History of Elmore James, there is a debate over whether he used a different guitar or amplifier or setup.  The song was actually James' last charting hit before he passed away in May of 1963, making it to #15 on the Billboard R&B chart. 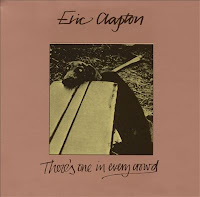 Over the years, I've heard many different versions of this song by other artists.  One of the first I ever heard, even prior to hearing Elmore James' version, was Eric Clapton's mellow cover, which showed up on his 1988 career retrospective box set Crossroads.  The song originally appeared on Clapton's 1975 album, There's One In Every Crowd, and is a unique perspective on the song.....a highly underrated song in Clapton's musical catalog, featuring some pretty torrid guitar playing and an appropriately world-weary vocal from Slowhand. 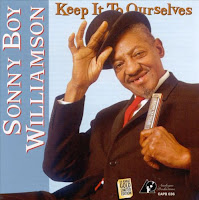 Another distinctive version of "The Sky Is Crying" was recorded only three years after the original.  Sonny Boy Williamson II (Rice Miller) recorded an intimate 1963 acoustic session with guitarist Matt "Guitar" Murphy (with a couple of appearances from Murphy's longtime musical partner, Memphis Slim) in Denmark for Storyville Records.  These guys sound fantastic together, like they'd been doing this sort of thing together for years.  I first heard this session in the late 80's/early 90's, when Alligator reissued it, and I have to say that it's pretty essential listening for any fans of Williamson or Murphy.   It's currently available on APO Records as Keep It To Ourselves.

The song later became associated with the great Albert King, in part due to his splendid version on his 1969 Stax album, Years Gone By.  King recorded the song on several of his live albums and it was a crowd favorite, probably to the point that many listeners associated it more with King than with Elmore James.  King's version was followed by several other notable blues guitarists' own versions, notably Luther Allison (on his Love Me Mama album for Delmark, also in '69), and Johnny Winter, who recorded it several times as well, most notably on his Live in NYC '97 album.

When their guitarist Duane Allman was killed in 1971, the Allman Brothers Band played "The Sky Is Crying" at his funeral.  It quickly became a staple of their live set and later on with Allman guitarist Derek Trucks and the Tedeschi Trucks Band.  I'm just amazed at the various forms this song has taken on over the years, far beyond it's humble beginnings in 1960. 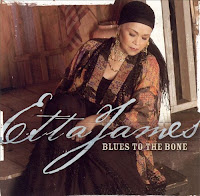 The legendary Etta James recorded the song for her Grammy-winning album, Blues To The Bone in 2004.  The album consisted of many old blues standards, traditionally done by blues men, but Ms. James breathed new life into these old chestnuts, with her version of "The Sky Is Crying" being the biggest standout on an excellent album.  It was given a stripped-down sound, but the magnificence of the track still came through loud and clear. 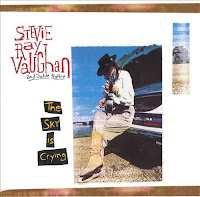 While I do enjoy James' version of the song, and many of the others presented here, my all-time favorite version is by Stevie Ray Vaughan......a track recorded during the session for his mid 80's album Soul To Soul that amazingly didn't make the cut......I could actually see it replacing a couple of songs that did make the cut.  Fortunately, it did see the light of day, albeit posthumously, on an album of the same title compiled by Jimmie Vaughan and released about a year after SRV's death.  When you listen to this version, you truly realize what an influence Albert King was on Vaughan's guitar playing.  It's probably my favorite SRV track of all, with some positively fierce string bending going on.

Here's SRV with Albert King, from an outtake taken from their In Session album.  It's 14 minutes of blues guitar heaven that, believe it or not, didn't make the album.

In 1991, "The Sky Is Crying" was inducted into the Blues Foundations Hall of Fame in the "Classics of Blues Recordings" category, and deservedly so.  This song remains a go-to track for blues artists all over the world, over 56 years after Elmore James first recorded it.

The Sky Us Crying