This week, Friday Blues Fix will look at several interesting new releases that have recently been released or will be available in the near future.  We've already discussed a couple recently, like Chris Antonik's Better For You and Ron Levy's Wild Kingdom's Funky Fiesta!, but there are so many great new discs out there right now that we will probably stretch this out over the next couple of weeks to take them all in.  As always, expanded looks at each of these discs will be available in the next few weeks at my favorite blues-related site, Blues Bytes. 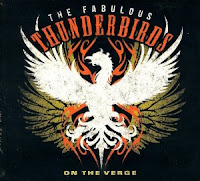 The Fabulous Thunderbirds - On The Verge (Severn):  The T-Birds haven't released an album since 2005, when front man Kim Wilson teamed with guitarists Nick Curran and Kirk Fletcher for Painted On, their finest release since the Jimmie Vaughan days.  This time around, the guitarists are Johnny Moeller and Mike Keller and they more than hold their own.

The album itself has more of a soul/blues feel than usual, sounding a lot like the greasy soul music of 1960's Memphis or maybe Muscle Shoals with horns and background singers and keyboards.  Wilson has always done a great job presenting this style of music and he really comes through on this disc.  He's in great voice, as always, and the 12 tracks, all written by the band or the production team, are very good.

It's hard to believe that it's been over 20 years since Vaughan left the group, but over the past couple of discs, the band has really evolved from that tough Texas/Swamp blues sound that defined them during the early years, to a more R&B-flavored blues sound, especially with this recording.  That's not to say that they've abandoned their roots completely....there are several of those tracks present, and Wilson's wonderful harmonica is still in the mix.....just that their sound continues to evolve.  I really like the contributions of Moeller and Keller, two of the more interesting young blues guitar slingers to come around in recent years. 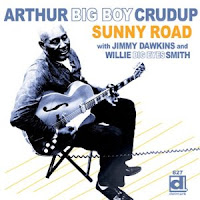 Arthur "Big Boy" Crudup - Sunny Road (Delmark):  One of the most moving stories I've read was in Dick Waterman's book, Between Midnight and Day, when Waterman discussed his frustrating efforts in trying to help Crudup get long overdue songwriting royalties from a record company.  Crudup's incredible grace and class in difficult conditions should be an example to anyone undergoing tough times.

You may not know Arthur Crudup, who was born about thirty minutes from where I live in Forest, MS, but if you're familiar with one Elvis Aron Presley, you've more than likely heard one or more of his songs.  Presley's first recording, "That's All Right, Mama," was a Crudup original, and Presley actually recorded a couple more of his tunes in the early years.  Crudup wasn't what you would call a guitar wizard or anything.  In fact, his abilities were pretty rudimentary, but he had a knack for songwriting and had a warm, relaxed vocal style.

Unfortunately, Crudup was not able to have have much success as a performer and had been off the music scene for some time, even working as a sharecropper, at the time that Delmark "rediscovered" him in the late 60's and released a couple of recordings.  This session was recorded in 1969, but for some reason, was never issued until now.  Delmark head honcho Bob Koester, produced the session and drafted Chicago blues men Jimmy Dawkins and Willie "Big Eyes" Smith to play in support.

Two things to keep in mind when you listen to these recordings.....for most of the session, Crudup plugged his guitar into the same Leslie speaker that Buddy Guy used on Junior Wells' Hoodoo Man Blues sessions....the one that gave his guitar the churchy keyboard sound on several tunes.  The same effect is present with Sunny Road on Crudup's guitar and it sounds pretty cool.  Also, Crudup's wife had recently passed away prior to these sessions, so the pain and anguish come through on his vocals pretty clearly on some tracks.  The result is one of the deepest and most personal blues discs you will hear. 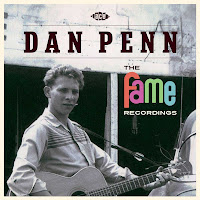 Dan Penn - The Fame Recordings (Ace Records - UK):  In his book, Sweet Soul Music, Peter Guralnick calls Dan Penn, "the secret hero" of 60's R&B.  Penn composed several R&B songs for others that are now considered classics....."At the Dark End of Street," "I'm Your Puppet," "You Left the Water Running," "Sweet Inspiration," "Do Right Woman," "It Tears Me Up," and "Rainbow Road."  However, as good a songwriter as Penn was, Guralnick contends that he was an even better performer who recorded his own demo versions of many of his classics that were so good, the performers who eventually recorded them had to go above and beyond to actually surpass Penn's original versions.

Sadly, nearly all of Penn's recorded work from the 60's remained in the can, until now.  The UK's excellent Ace label has finally released two dozen of Penn's recordings for the Fame label from the mid 60's, so the truth can be determined once and for all about how good Dan Penn was.  The answer is pretty doggone good.  He's able to effectively imitate singers like Sam Cooke and Otis Redding on some tracks, but the standout tracks are the ones that he sings in his own voice, whether he's doing deep southern soul, 60's-era pop, or the down home blues.  There are several songs here that you've probably never heard that will make you scratch your head and wonder, "How was that NOT a hit for somebody?"

Penn eventually resurfaced in the 90's as a performer, and released a couple of critically acclaimed discs, but The Fame Recordings show you that the music world really missed out on something special when Penn put down the mic and decided to focus on writing and producing. 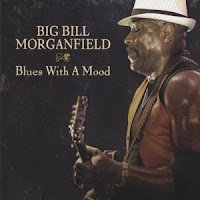 Big Bill Morganfield - Blues With A Mood (Black Shuck Records):  Muddy Waters would be proud of both of his blues-playing sons.  Mud Morganfield earned high marks last year for his release on Severn, Son of the Seventh Son, and Big Bill Morganfield's latest release continues the family's hot streak.  This is the younger Morganfield's sixth release since 1999 and with each release, he's steadily improved not just as a performer, but as a songwriter.

Morganfield, who had little contact with his famous dad growing up, worked as a teacher, only picking up the guitar after Waters' death in 1983 and spending many years learning to play...starting out with contemporary blues, but eventually gravitating toward the traditional sounds that his father helped to create.  Blues With A Mood is the most traditional-sounding of his recordings and he has some very good musicians lending a hand, including guitarists Eddie Taylor, Jr. and Colin Linden (who also produced the disc).  In addition, longtime collaborator Bob Margolin makes an appearance.

Morganfield's vocals are strong and sometimes reminiscent of his dad and he's also a great guitarist, although the three main guitarists share lead duties on most tracks.  His songwriting is very good as well, and he also does covers from tunes played by his dad, Willie Dixon, Memphis Slim, and Junior Parker.  If you like traditional blues well done, you should check out Big Bill Morganfield, who has as firm a grasp on the genre as anyone. 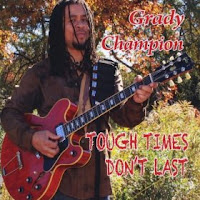 Grady Champion - Tough Times Don't Last (Grady Shady Music):  The Canton, MS resident continues his hot streak with this latest release.  Champion's brand of blues blends funk, R&B, and rock and puts a contemporary spin on traditional Mississippi blues.  He's comfortable belting out a smooth soul number, he can get down and dirty with the lowdown blues, and he's equally at ease with a gospel-styled track or a modern R&B. song.

Champion started his music career as a rap artist and DJ, then gravitated toward the blues in the mid 90's, recording his own debut in 1998, then two fine releases for Shanachie around the turn of the century.  After a near-decade long sabbatical from recording, he has returned with a vengeance since 2010, when he won the IBC.  This is his third new release since the sabbatical (plus the retrospective Shanachie Days), and he is fast emerging as one of the bright new stars in the blues.

As on all his other releases, he mixes topical subjects with good time blues and soul, and also offers some interesting glimpses into his history with songs about his own roots.  He also offers advice to young people to hang in there through tough times and adversity.  Personally, I think it's not only great to  have Champion as part of the next generation of Mississippi blues stars, but I think it's really cool that he chooses to stay in the Magnolia State to ply his trade.  It's hard to go wrong with one of his releases, and this one is no exception. 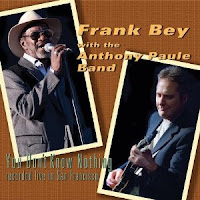 Frank Bey with the Anthony Paule Band - You Don't Know Nothing (Blue Dot Records):  Pretty cool story here.....San Francisco DJ Noel Harris (Wednesday Blues with Noel) first heard soulful singer Bey in Philadelphia, PA in '99 and was blown away by his skillful soul and blues vocals.  Several years later, after Bey recovered from a kidney  transplant, Harris was able to book him in San Francisco, where he built a large and loyal following.

In a stroke of genius, Harris decided to pair Bey with area guitarist Anthony Beale and his band, and the rest is history, or maybe it will be.  This disc was recorded live at Bey's home away from home, Biscuits and Blues, last summer in front of a very receptive audience.  The set is made up of a solid mix of blues and soul classic tunes and some impressive originals.  Bey sounds great, Paule is a first-rate guitarist, and the band sounds fantastic.  There's not a lot of new ground broken here, but it's very well done, well produced, and worth hearing if you're into vintage soul and soul/blues.  Hopefully, this duo will make it to the studio soon and give us more.

That's all for this week.  Next week, we will check out more new blues for you.  Be there.  Aloha.