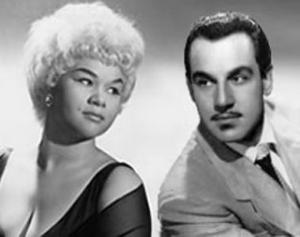 Last week saw the passing of two blues icons, Etta James and Johnny Otis.  Without one, we might never have heard of the other.  Both made an indeliable impact on the music and while most current blues fans were definitely familiar with Ms. James, Johnny Otis might not be as familiar a name, but his impact as the "Godfather of Rhythm and Blues" was even greater.

Johnny Otis was born Ioannis Alexandros Veliotes in 1921.  He was the son of Greek immigrants, but opted to live his personal and professional life as an African-American because of his love for R&B and jazz.  He changed his name to Otis as a teen and developed a passion for the drums, playing in a number of swing bands.  In 1945, he formed his own band, and had one of the year's, and the genre's, biggest hits, "Harlem Nocturne."  The band also played with Wynonie Harris and Charles Brown (as part of Johnny Moore's 3 Blazers).  He played on Brown's "Drifting Blues," and Johnny Ace's "Pledging My Love."  He also opened a nightclub during that time, the Barrelhouse Club, in Watts, and his interests moved more toward Rhythm & Blues.

Over time, Otis reduced his band's size and began recruiting singers.  Among his discoveries were sax man Big Jay McNeely, the vocal group, the Robins (who later became the Coasters), Mel Walker, and the teenage singer Little Esther Phillips, who won one of the Barrelhouse's talent shows.  That band became known as the California Rhythm & Blues Caravan and enjoyed a lot of success for the rest of the 1940's.  Otis had TEN Top 10 hits in 1949.  He also expanded his musical repertoire to include piano and vibraphone.

After 1950, Otis' own impact on the charts began to decrease, but his band continued to back some successful musicians (including Big Mama Thornton on her hit, "Hound Dog") and he became a highly successful talent scout, discovering legendary acts like Jackie Wilson, Hank Ballard, Little Willie John....and Etta James.

James was born Jamesetta Hawkins in 1938.  Her mother was 14 years old at the time and James never knew her father, but she speculated that it might be the pool player Minnesota Fats.  Her mother was rarely around either, so she was raised by several different people, including her grandparents, who took her to church regularly.  At the age of five, she became a soloist with the choir and even appeared with them on several radio shows.  When she was twelve, she ended up living with her mother in San Francisco, with little adult supervision, and started getting into trouble.  Still, her love for music prevailed and, with two of her friends, she formed a group called the Creolettes.  It was during this time that Jamesetta Hawkins crossed paths with Johnny Otis.

Stories vary on how the two actually met, but Otis took the group under his wing, changing Jamesetta's name to Etta James and the group to the Peaches, and got them a deal with Modern Records, where they recorded "Roll With Me, Henry," an answer song to Hank Ballard's "Work With Me, Annie."  The song was later released as "Dance With Me, Henry," due to the suggestiveness of the original title.  The song hit #1 on the R&B chart, but was quickly covered by pop singer Georgia Gibbs, under the title "The Wallflower."  Gibbs' version hit #1 on the Billboard Hot 100, which infuriated James. 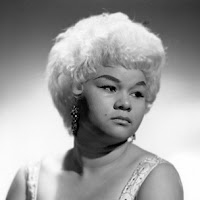 James left the Peaches soon after and eventually signed with Chess Records.  Leonard Chess envisioned James as a potential pop sensation and loaded her songs up with strings.  Many of her early hits followed this pattern, including her signature song, "At Last," but she also recorded numerous blues, R&B, jazz, and doo-wop songs along the way.  Some of her other hits during this time were "I Just Want To Make Love To You," "Sunday Kind of Love," and "Something's Got A Hold On Me."


After a brief absence from the charts, James returned with an R&B focus that resulted in two of her biggest hits, "Tell Mama" and "I'd Rather Go Blind."  She continued to record with Chess until the late 70's, branching out into rock and funk on several of her later recordings.  During this time, she struggled with drug addiction and alcoholism and basically dropped off the scene for nearly a decade.


Though she continued to perform in clubs as she battled her addictions, James resurfaced for all to see in the late 80's, as part of the Chuck Berry documentary, Hail!  Hail! Rock 'n' Roll, where she performed "Rock & Roll Music," with Berry (James contributed backing vocals to several of Berry's Chess sides).  Soon, she signed a record deal with Island Records, and enjoyed a long string of successful recordings, mixing pop, jazz, the blues, and R&B.  She also found time to release her autobiography, Rage To Survive (co-written by David Ritz), and received a boatload of honors, including induction into the Blues Hall of Fame, the Rock & Roll  Hall of Fame, a Lifetime Achievement Grammy, and even induction into the Rockabilly Hall of Fame. 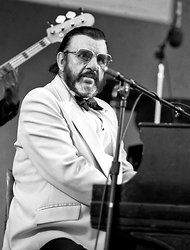 During James' run, Johnny Otis continued to enjoy success as a songwriter and producer.  In 1958, he had a hit with "Willie and the Hand Jive," which has been covered by Eric Clapton, George Thorogood, and at least a million other artists.  By this time, Otis was clearly established as a pioneer not only in blues and R&B, but also rock and roll.

He continued performing off and on, occasionally performing with his son, guitarist Shuggie (who wrote and sang "Strawberry Letter 23," later a Pop and R&B hit for the Brothers Johnson in the late 70's).  Otis also worked in journalism, tried his hand at politics, became a pastor, owned a health food emporium, and hosted a longtime radio program in the San Francisco area.  He was inducted into the Rock & Roll Hall of Fame in 1994.  He continued performing and recording well into the last decade, with Shuggie on guitar, son Nick on drums, and a couple of grandsons who also played guitar.  Otis passed away on January 17 at the age of 90. 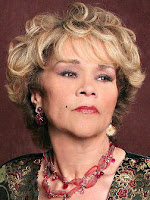 Etta James' last public appearance was in 2010, as she had to cancel her tour due to failing health.  It was revealed that she was suffering from leukemia and dementia.  Her final recording, The Dreamer, was recorded in 2009, but released this past November to critical acclaim.  James passed away on January 20, five days shy of her 74th birthday.

Etta James leaves behind a huge fan base, many of whom only found out about her in recent years and have backtracked to discover her incredible early body of work.  However, Johnny Otis, the man who started her on her path, though largely working behind the scenes since the 1960's, had an even bigger impact on the early development of modern blues and rock & roll. 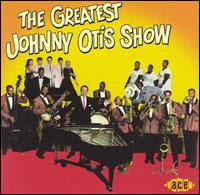 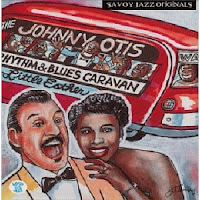 The Johnny Otis Rhythm & Blues Caravan (Savoy Jazz) - This is a three-disc set (77 tracks) covering Otis' early years from 1949 - 1951.  This was Otis' most successful period on the R&B charts and there's lots to enjoy for fans of early R&B.  It features Walker and Little Esther Phillips on vocals. 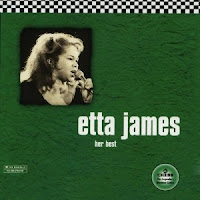 Her Best (Geffen) - 20 of James' classic sides for Chess from the 60's and 70's.  Pretty much everything you need is right here.....all the hits and should-have-been-hits.  People who want to hear more of the Chess years can opt for the Chess Box, a three-disc set. 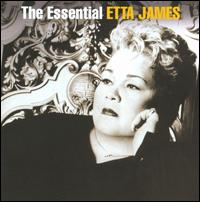 The Essential Etta James (Sony) - This is a pretty complete set of James' best moments from the past twenty years.  Unfortunately, she got next to no radio play over that time, due to the crappy situation that passes for modern radio during that time, which is sad because she had some really great recordings in that time span. 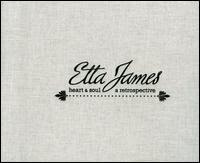 Heart & Soul:  A Retrospective (Hip-O Select) - A comprehensive set that covers James' career from "The Wallflower" in 1955 to 2008.  This four disc set is really for the die-hard fans, but you can rest assured there's some great music on it from start to finish. 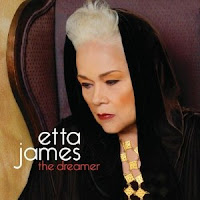 The Dreamer (Verve Forecast) - James' final disc finds her singing in a lower register than usual, but still as effective as ever.  Though she was battling numerous health problems during this time (2009), she definitely showed she was going out on a high note with this effort.