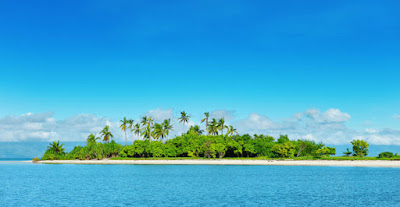 For nearly six years, Friday Blues Fix has been posting once a week about the blues.  Over that time, I've covered a lot of subjects, from profiles on blues legends and influences, to looking at several of the important blues labels, to reviewing albums, new and old, to looking at some up-and-coming blues stars, to interviewing numerous blues movers and shakers in our Ten Questions With......posts, to reviewing various books and movies that feature the blues.  I've also shared how I discovered the blues, shared information and about how I was able to learn more about them, and tried to provide resources for those who wanted to start their own collections.

One thing I haven't done very much over the years is ask our readers for feedback on any subjects.  That's not because it hasn't crossed my mind.  Over the years, I've visited a lot of different blues blogs and I noticed that not many of them had comments under their posts.  I have had a few over the years and I'm grateful for all of them.  Some kindly pointed out errors in my posts, which I promptly corrected.  Many just posted to say that they enjoyed reading.  In my posts, I don't usually ask for comments that much for fear that no one would reply, but occasionally I do hear from some people.

All of this brings me to the topic of this week's post.  A common theme on music blogs and magazines is Desert Island Discs (there's actually a BBC radio program of the same name).  If you were stranded on a desert island and could only have a certain number of albums to listen to, which ones would you choose.  I realize that most people's disc of choice would be titled How to Build a Boat to Get Off This Desert Island in real life, but just humor me.

Ron Weinstock, who hosts the In A Blue Mood blog, actually did this in a series of Living Blues articles back in the late 80's, right after I started reading, and after a year or so of collecting fans' lists, he came up with a composite list (most of which are out of print today).  They were......

It was a very interesting series of articles.  Although I hadn't really been listening to the blues long enough to come up with a Top Ten list myself, I did find out that I had four or five of the albums that made the list, and eventually picked up the rest of them along the way.  I also found out about a lot more interesting discs by checking out the many lists that were posted.

Anyway, that's what I'm proposing to do......have our visitors post their Top Ten Desert Island Discs to FBF.  If you're interested, here's what you have to do.


Sound good?  If you're not sure what to do, sometime in the next few weeks, I will post my Top Ten to give you an idea of what I'm talking about.  You can also email me at the above address if you do have questions.

It will either be a boom or a bust, but what the heck.  I'd like to see what kind of blues our visitors like to listen to.  Hope to hear from you very soon.  If not, we'll just forget this post ever happened.