More Questions For Who???? 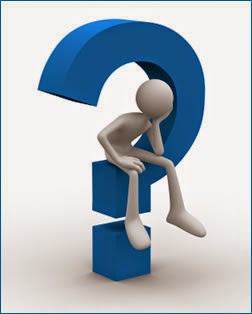 A couple of years ago, FBF did a Ten Questions With.......session with......FBF.  A couple of years ago, I had scheduled a Q&A with a musician who had just released a new disc and he requested that we do an audio interview.  Unfortunately, the only thing I hate worse that seeing a picture of me is hearing me talk in my "Gomer Pyle on Helium" voice, so I politely declined.  All of this happened on a Thursday morning, so here I was with nothing lined up for that weekend's post, so desperate times call for desperate measures and, hey, I was available.

This week, I had a great post lined up that I'm pretty sure everyone who reads would have enjoyed, but it just wasn't in the cards.  It's been an extremely busy time at work....so busy that I've been doing some of it at home.  My birthday was on Tuesday, and you know that you can't do anything constructive on your birthday.  I've also got a boatload of reviews to write for the upcoming issue of Blues Bytes (some really great music, by the way, that we have and will later discuss here).  Needless to say, the post didn't get finished, but I promise it will be done in a couple of weeks and I think you will enjoy it.

I tell you all this to let you know that on this week's edition of Friday Blues Fix, we sit down with, um, ourselves again to answer a few questions that you might or might not want to know.  Hopefully, you won't mind and maybe you can even relate to some of what we're talking about.  By the way, if you would like to answer any of these questions yourself in the Comments section below, please feel free.

If you could see any blues artists of the past perform live, who would it be? 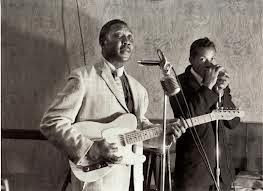 Muddy Waters with Little Walter.....I know Waters had an All-Star team of harmonica players over his long career, but his tenure with Little Walter stands out among an elite pack.  It was almost like they had a telepathic bond.  I can picture them in a recording session at Chess....Waters tearing up some slide guitar and Little Walter just bouncing off the walls with youthful exuberance.  You can almost feel that happening on their early Chess recordings.

Memphis Slim with Matt "Guitar" Murphy.....I wrote at length about this pair several years ago.  Both have done some fantastic work over the years, but I don't think they ever sound better when they're playing together.  I could listen to them all day.....and actually have a few times.

Luther Allison......Allison died just as he was hitting his career stride.  His live shows are legendary for their relentless energy and his boundless enthusiasm.  I'm glad that he did live long enough to enjoy some measure of success and I hate that I never got the opportunity to see him.

What are your top ten favorite blues recordings?

I used to ask this one to whoever I did Ten Questions with, and a few of them declined to answer.  I can understand why....it's pretty hard to limit mine to ten, but here goes....... 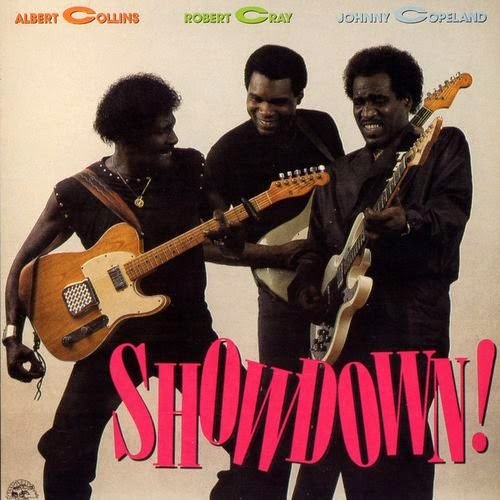 Showdown! - Albert Collins, Robert Cray, Johnny Copeland:  One of the first blues records I owned and still one I listen to a lot.

Hoodoo Man Blues - Junior Wells with Buddy Guy:  If you can only have one blues album, this is a nice choice.

Original Soundtrack:  Deep Blues - Various Artists:  I have absolutely no idea why this continues to be out of print.  A wonderful introduction to the Mississippi blues scene of the late 80's/early 90's.  Don't stop with it though.

Live and Burning - Son Seals:  I've heard a lot of live blues recordings, but this one is my all-time favorite. 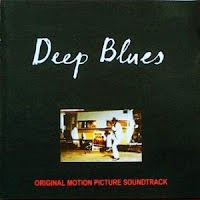 Soul Fixin' Man - Luther Allison:  The album Luther Allison waited nearly all of his life to record....and the one his fans always knew he had in him.

T-Bone Blues - T-Bone Walker:  Should be in every blues fan's collection. 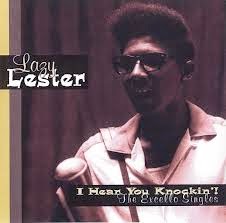 I Hear You Knockin'!  The Excello Singles - Lazy Lester:  Worth tracking down if you're able.  Some of the best swamp blues you will ever hear.

Simply The Best - Earl Hooker:  I could sit here and listen to Earl Hooker play slide guitar all day and most of the night.

Check back next week and there will be a few different ones on here, but there are six or seven that will always be on the list.

What other kinds of music do you listen to?

Most of the time, I listen to blues, but I also enjoy jazz, soul, zydeco, gospel, and classic rock from time to time.  Most of these other styles owe a thing or two to the blues, so it's not really a big stretch.

Does your family like the blues as much as you do?

They like other genres more, but they all listen to the blues.  If they ride anywhere with me, they don't have much choice, but they do enjoy it, or at least that's what they tell me.  Usually when I listen to the blues at night, our two cats will come in and listen with me.....okay, they mostly sleep, but I like to think they are listening.


Which of your blog topics are your favorites?

I've always liked to do the Something Old, Something New.....posts.  When I was doing FBF in weekly email format to my friends, that was one of the topics that I used, and it was a great way to introduce new artists to them.  Most blues fans focus on the newer stuff, so it's a good way for them to see where a lot of the music they love came from.  It's one of the most popular FBF topics.

I also like the Ten Questions.  I have met some really nice people involved in the blues business and they have all been very cooperative and patient with me.  It takes a while for me to do these because I hate to waste their time with a lot of goofy questions that they've probably heard a million times.  I try to ask questions that I figure their fans would want to know.  I plan to do more of these in the future, revisiting a few people and introducing you to some talented folks that you really should get to know.

The Mount Bluesmore series is pretty neat, too.  There's so many different ways that you can go with it, so many different subjects you can tackle.  It gets pretty good response from visitors, too.  What's really neat is that there's usually a couple that everyone agrees on, but there's at least one, sometimes two, choices that will always invite some discussion.


If you had a theme song for Friday Blues Fix.....or just for entering a room, what would it be?