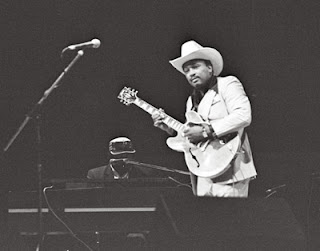 During the summer, I decided to plug a few gaps in my Otis Rush collection.  Many moons ago, when all my music was on cassette, I pretty much had everything by Rush that was available in that format.  Unfortunately, there were several Rush albums only available on CD that I missed and never went back and repurchased after changing to the CD format.

As I reported a few weeks ago, I looked into possibly writing a biography of Rush during the summer, but after talking to a few people, I decided to shelve that project for the time being.  I did, however, decide to go ahead and take in some of his music during the summer months, so with Amazon Birthday Gift Cards in hand, I filled in the gaps in my Otis Rush catalog.  Most of the gaps consisted of his live recordings.  Some of them, I had not heard, but had not heard good things about them.  Some of the others had just fallen through the cracks over the years.

Today, we'll be taking a brief look at the live recordings of Otis Rush on CD and DVD.  While in the studio, he was sometimes hampered by lack of quality material, or uninspired backing musicians, or maybe he wasn't at the top of his game, this was not usually a concern with his live performances, as is the case on most of these sets. 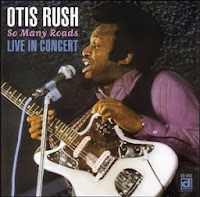 If I were starting a collection of Rush's live albums, one of the first ones I would get is his mid 70's release on Delmark Records, So Many Roads:  Live In Concert.  This set was recorded in Japan in 1975 in front of thousands of adoring fans.  It also features fellow Windy City legend Jimmy Johnson on second guitar.  Rush plays a lot of his familiar tunes here ("Crosscut Saw," "I Can't Quit You Baby," All Your Love (I Miss Loving)," "So Many Roads," etc....), and covers a few tunes originally done by inspirations (Jazz guitarist Kenny Burrell's "Chitlins Con Carne," for one).  He really gives a powerful performance, both vocally and on guitar and the band gives solid support as well.  This is a great place to get started. 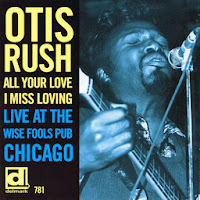 Actually, any of Rush's 70's live recordings, all done in about a two year span, are worth having.  Another of my favorites is the early 1976 recording that was done in Chicago as part of a radio broadcast.  All Your Love I Miss Loving:  Live at the Wise Fool's Pub Chicago (also on Delmark), features Rush with his working band at the time (a rarity for the most part on many of his live recordings) at a club in Chicago that he played on a regular basis, obviously in front of many familiar faces, so you know he was on his game for this set.  The sound is great, and you have the genuine feeling that you're in the club listening.  Many of the songs are part of his regular set list, but there is one unique track that I haven't heard Rush do anywhere else, a fantastic cover of Robert Nighthawk's "Sweet Little Angel." 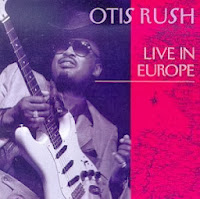 Live In Europe was recorded during a 1977 appearance in France, again with his working band.  This is part of Evidence Records' reissue series of Black & Blue Records releases and Rush is in good form once again here, even channeling T-Bone Walker on "Society Woman/Love Is Just A Gamble."  For some reason, despite several good studio recordings done during the early to mid 70's, both in the U.S. and overseas, Rush's career never really did catch fire and frustrated, he took a lengthy absence from the music scene that lasted several years. 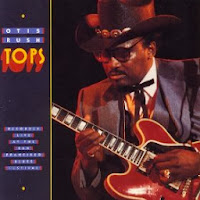 In the late 80's, Blind Pig Records released Tops, which was recorded during Rush's appearance at the 1985 San Francisco Blues Festival, returning from his hiatus from the music scene by touring the U.S., Europe, and Japan.  Backed by West Coast guitarist Bobby Murray and his band (which included future Robert Cray keyboardist Jimmy Pugh), Rush sounds like he'd never been away on these tunes, and his return was hailed by fans and peers, like Carlos Santana, Los Lobos, and Jeff Beck, who cited Rush as one of his early influences.  During this same time, he appeared at Montreux and was joined by Eric Clapton, Luther Allison, and Robert Cray, and seemed poised to get his career back on track. 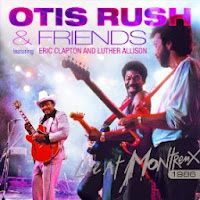 That Montreux appearance was later issued as part of Eagle Rock's excellent Live At Montreux series of CDs and DVDs.  Billed as Otis Rush & Friends Live at Montreux 1986, it teams Rush with Clapton and Allison, though the lion's share of the set is Rush backed by Professor Eddie Lusk's tight ensemble.  Clapton comes out to play on about half the tracks, including "Crosscut Saw," "Double Trouble," and "All Your Love (I Miss Loving)," and Allison joins them both on the closer, "Every Day I Have The Blues."  The DVD actually features a few more tracks of just Rush and the band, and it's one of the few opportunities fans will have to see Rush perform live, and to be honest, even though I have the CD and DVD, I usually plug in the DVD as first option because there's more songs. 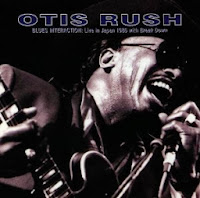 A lesser set from the same period Blues Interaction:  Live In Japan 1986, was released on Sequel Records in 1994.  Rush appears with a local Japanese band, Break Down, on this set and while they make a game effort, they seem to be in a little over their heads on several of these tracks.  Rush does have some nice moments on "Double Trouble," the instrumental, "Tops," that kicks off the performance, "All Your Love," and a spirited version of "Gambler's Blues" that closes the performance.  He also does James Brown's "Please Please Please," Ben E. King's "Stand By Me," and Howlin' Wolf's "Killing Floor."  Like most Otis Rush performances, there's plenty of good work here, but pick this one up later on, like I did. 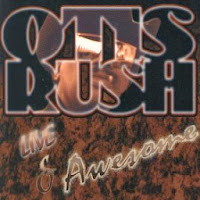 One to avoid would be Live and Awesome, on Genes Records.  While it is live, it's most definitely not awesome.  Released in 1996, it was recorded a couple of years earlier, when Rush was not in good health.  To be honest, I've only listened to about half of it.   Another one that is best left alone is a recording that's floated around for many years under one title or another for various labels that supposedly offers Rush and Little Walter at one of the Chicago Blues Festivals.  This one is similar to the Buddy Guy/Junior Wells set that has also seen many different titles and covers over the years, but Rush and Little Walter don't actually perform together.  While Rush's performances are pretty good, the sound is pretty bad, like it was recorded in front of the stage with a tape recorder or something.  Really not worth the time and money. 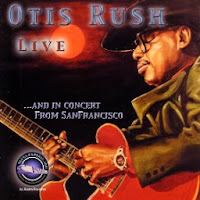 There is one last live set available, done in 1999 for Blues Express, and released as a CD and DVD.  Live.....And in Concert From San Francisco was recorded on a sound stage in San Francisco that was set up to resemble a juke joint.  Rush puts on a great performance.  It appears that every effort was made to make Rush as comfortable as possible, surrounding him with a four-piece horn section and a tight rhythm section.  He really stretches out on several songs, pretty much the standard fare of his sets, with a few rarities, like the instrumental, "717," and his old standard, "I Can't Quit You Baby."  Bobby Murray joins him on the closer, "Got My Mojo Working."

The DVD of this performance is entitled Live Part 1, and it's required viewing for any Otis Rush fan.  This was recorded just a few years before Rush had his stroke, which rendered him unable to play.  It's a shame because judging by this performance, there was still plenty left in the tank.  Sadly, it was not meant to be.  Rush remains one of the giants of the post-war Chicago blues, but blues fans are left to wonder how much bigger he could have actually been had he been able to capitalize on a few missed opportunities.