Greetings!  There are a lot of great new releases that are just out for listening, or will be out pretty soon.  This week, FBF will let you know about a few of them, with more to follow in the coming weeks.  Meanwhile, let's look at four or five new discs that are guaranteed to help you get through the long, hot summer. 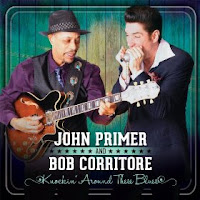 John Primer & Bob Corritore - Knockin' Around The Blues (Delta Groove):  When I heard about this collaboration, I got excited.  Primer and Corritore are two mainstays on the blues scene, emphasis on the Chicago brand.  Primer worked his way up playing with Muddy Waters, James Cotton, and Magic Slim, while Corritore grew up absorbing the Chicago sound before migrating to Arizona to become the driving force behind Phoenix's blues scene as a harmonica player, producer, DJ, and club owner.  The set list will be familiar to blues fans, but that won't matter a bit because both are well-versed in the style and sound great, plus their backed by a powerful band consisting of Chicago blues vets (Bob Stroger, Patrick Rynn, Chris James, Barrelhouse Chuck, and Kenny "Beedy Eyes" Smith).  Chicago blues fans should not miss this one. 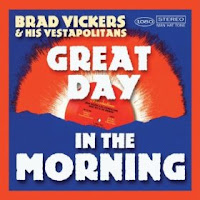 Brad Vickers & His Vestapolitans - Great Day In The Morning (ManHatTone Records):  The emphasis on Vickers' latest release is on positive, good-time blues.  Mixing blues with ragtime, Americana, and old-time rock n' roll, Vickers and company clearly love what they're doing and the feeling is infectious.  They mix great covers of tunes by Tampa Red and Memphis Minnie (plus they include their "Dallas Blues" single that was released last year, with proceeds still going toward the H.A.R.T. Fund) with new tunes written by Vickers and bass/fiddle player Margey Peters with themes such as A.T.M. machines, busted iPods, and expired driver's licenses.  The blues feature fiddle, banjolele, saxophones, and mandolins....not your ordinary blues, but man, it's a ton of fun to listen to.  Best of all, it will expose blues fans to lots of great earlier music that they might have missed otherwise.  I've heard all of Vickers and the Vestapolitans' four releases, and to me, this is the best of the four. 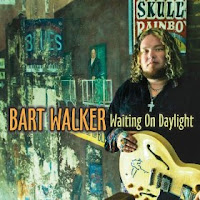 Bart Walker - Waiting on Daylight (Ruf Records):  Blues/rock fans take note.....there are several outstanding blues/rock releases that have recently been issued.  This is one of them (more next week).  Walker is a young Nashville-based guitarist who's been playing guitar since he was four years old.  At the 2012 IBC in Memphis, he won the Gibson Guitarist Award, with chops honed from working with country-rocker Bo Bice, along with assorted members of the Black Crowes, Cry of Love, and Lynyrd Skynyrd.  For his second release as a front man, he enlists Legendary Producer Jim Gaines and a stellar cast of Memphis-area session musicians, and the result is sheer heaven for fans of Southern blues/rock in the tradition of the Allmans Brothers, Lynyrd Skynyrd, and ZZ Top.  Walker is a good songwriter, a great vocalist, and a spectacular guitarist.  The closing tune is one of two covers, a version of "Whipping Post," that will have you hitting "Replay."  If you only get one blues/rock disc this summer, this would be a fine selection.  Another fine choice would be..... 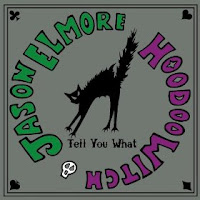 Jason Elmore and Hoodoo Witch - Tell You What (Underworld Records):  Elmore is a Dallas-based artist who fronts a blues/rock band and also performs as a solo acoustic act.  He adeptly plays country-flavored blues/rock (covering Buck Owens' "Buckaroo"), blues/rock, traditional blues (a dazzling tribute to Freddie King for starters, and even soul/R&B.  He blows that genre out of the water with an amazing cover of William Bell's classic Stax tune, "You Don't Miss Your Water."  Sometimes, bands try to do too much, cover too many genres and too much ground on their releases, but that is not an issue with Elmore and company.  They knock everything out of the park that they play on this disc.  This is a really impressive disc. 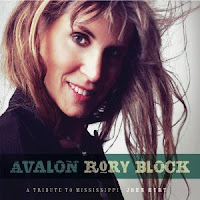 Rory Block - Avalon (Stony Plain Records):  Over the past several years, Block has showcased several blues legends in her "Mentors" series for Stony Plain (others include Son House, Rev. Gary Davis, and Mississippi Fred McDowell).  Each artists served as a major influence in her music and helped make her one of the finest guitarists of her era.  This latest release in the series focuses on the music of Mississippi John Hurt.  The late guitarist won lots of fans during the folk/blues rediscovery era of the 1960's with his lyrical guitar, his warm and gentle vocals, and his genial demeanor.  Though he didn't live long after his reemergence (dying in 1966), he made quite an impact.  Block covers ten of Hurt's best known songs, including the title track, "Candy Man," "Stagolee," "Frankie & Albert," and "Got The Blues Can't Be Satisfied," plus a song of her own that pays tribute to this wonderful artist.  Block's guitar work is, as always, phenomenal, and her vocals really suit this material well, and hopefully will lead others to check out the music of this great bluesman.  This is my favorite of Block's "Mentor" series to date, and I can't wait to hear who she honors with her next release.


More reviews of new releases coming in the next couple of weeks.......