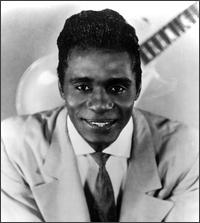 Guitar Slim was a man born ahead of his time.  A flamboyant showman, masterful guitarist, and powerful singer, the New Orleans guitarist influenced nearly all of the blues performers who emerged from Louisiana and Mississippi during the 50's....artists such as Buddy Guy, Earl King, Guitar Shorty, Albert Collins, Chuck Berry, Jimi Hendrix, Billy Gibbons, and Chick Willis to name just a few.

Guitar Slim was known to wear bright red, green, and blue suits, with matching shoes and hair.  For most performances, he had an assistant who trailed him during his shows, carrying an extra 300 feet of so of guitar cord, in case Slim decided to walk out into the audience (or out into the street) during one of his guitar solos.  He would sometimes play while riding on the assistant's shoulders, or even stop traffic during an extended solo.  According to Buddy Guy, when he saw Guitar Slim perform, that was he knew what he wanted to do...."play like B.B., but act like Guitar Slim," which is something he continues to do to this day, even making Slim's biggest song a part of his repertoire.


Guitar Slim was born Eddie Jones in Greenwood, MS on December 10, 1926.  He never knew his father and his mother died when he was only five years old, so he was sent to live with his grandmother, who lived on a plantation in Hollandale, MS.  Jones learned to plow behind a mule and to pick cotton as a youngster, but he spent his spare time hanging out in the local clubs, where he was soon working with several of the local bands as a singer and dancer.

By the time he was 18, he was working with Willie Warren's band.  It was Warren who introduced Jones to the guitar.  He learned from many of the guitarists who traveled through Hollandale to perform, including Robert Nighthawk.  However, Jones was most influenced by guitarists Clarence "Gatemouth" Brown (he used Brown's "Boogie Rambler" as his intro music) and T-Bone Walker.

By 1950, Jones had relocated to New Orleans, where he refined his wild stage act and adopted the name "Guitar Slim."  He also worked on his guitar sound, experimenting with new sounds with lots of distortion over a decade before any of the rockers started using it.  The voice was already there, Slim had a strong, gospel-influenced vocal style, loaded with plenty of emotion.  He started out in a partnership with Huey "Piano" Smith, playing at the Tiajuana, building his reputation.  His performances at the Tiajuana and in various smaller venues in and around New Orleans were.....well, let's hear from New Orleans R&B legend Earl King, who saw Slim regularly.

“Gatemouth Brown, T-Bone Walker, Lowell Fulson, and Guitar Slim were all performing at the White Eagle in Opelousas. Slim was headlining because ‘The Thing That I Used To Do’ was a scorcher. They were all in the dressing room, and Slim came in and said, ‘Gentlemen, we got the greatest guitar players in the country assembled right here. But when I leave tonight, ain’t nobody gonna realize y’all even been here.’ They all laughed but that’s what happened. Slim came out with his hair dyed blue, blue suit and 350 feet of mike wire connected to his guitar, the valet carried him on his shoulders all though the crowd and out into the parking lot. Man, he was stopping cars driving down the highway.” 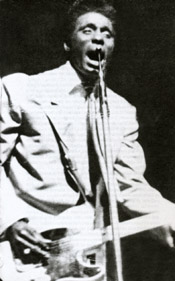 He was able to record several songs for Imperial Records in 1951 that didn't sell, then moved to the J. B. Records label, where he cut the regional hit, "Feeling Sad."  It was a new thing at the time....a blues artist recording a record using a spiritual approach, and it was a huge influence on Ray Charles, who subsequently recorded it himself and would also later played a prominent role in Slim's career.

"Feeling Sad" was a big enough hit to attract the attention of a couple of other larger record labels, Specialty and Atlantic.  Both wanted to add Slim to their label, but Specialty got the nod, probably because of their recent R&B success with other artists (Roy Milton, Fats Domino, Joe Liggins, and Lloyd Price) and due to the persuasiveness of label owner Art Rupe and A&R man Johnny Vincent.

With Imperial, Slim struck gold the first time out, recording the now classic "The Things That I Used To Do."  King recalled Slim telling him about how the song came about.....

“Slim told me he had a dream. “He was confronted by a devil and an angel. They both had a song in their hand but Slim could only chose one. Naturally Slim chose the devil’s song—‘The Things That I Used To Do.’”


For the session, Slim's manager, Frank Painia, employed Slim's regular band, adding a young piano player named Ray Charles, who ended up arranging the music for the session.  It took two days, but the final product was recorded successfully on the second day (you can hear Charles' cry of relief at the end of the song), along with "I Done Got Over It," "Letter to My Girlfriend," and "The Story of My Life"

"The Things That I Used To Do" was rushed into stores and was a huge success, staying at #1 on the R&B charts for six weeks, due to Slim's impassioned vocal and that then-unique guitar sound.  King recalled....

“Slim never played a solo off the top of his head,” said King. “He always played a solo that was married to the melody of the song. Slim got a fuzz tone distortion way before anyone else did—you didn’t here that again until Jimi Hendrix came along. Slim never used an amplifier, he got that sound playing through a P. A. set with tiny iron cone speakers. Slim always played at peak volume which made those speakers vibrate and create overtones.”


With the #1 record in hand, Painia booked a tour of the South.  Unfortunately, Slim wrecked his new Cadillac and ended up in the hospital.  Undaunted, Painia hired Earl King to impersonate Slim for the tour and apparently, no one ever caught on.  When he recovered, Slim toured behind the song for over two years.  He recorded several more good song for Imperial, including "Sufferin' Mind" and "I Got Something For You Baby," but the new songs didn't place the same emphasis on Slim's guitar work and none of his later work was as successful as his first hit.  Specialty released him from his contract in 1956, but he was promptly picked up by Atlantic.

With Atlantic, Slim cut four sides for their Atco subsidiary.  His first session got off to a rough start.

“I still recall the first session Slim did for Atlantic,” said engineer Cosimo Matassa. “When he got to the studio his voice was kind of hoarse. Lloyd suggested he swallow a spoonful of olive oil to loosen up his vocal chords. Slim went around the corner to a store but couldn’t find any olive oil. Instead he bought a bottle of castor oil and drank the whole thing. The session was sort of stop-and-go after that.” 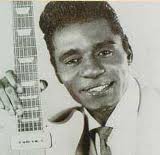 Slim's Atco sides were very good, a little more restrained than his Imperial recordings, but still effective.  Songs like "It Hurts To Love Someone," "Down Through the Years," "I Won't Mind You," and "If I Should Lose You" were actually predecessors to the Louisiana swamp pop sound and have been covered by many artists in different genres from the area over the years.  Sadly, these records didn't sell well, but Slim was still a major attraction on the road.

Slim's downfall was liquor and a reckless lifestyle.  Friends, band mates, and doctors pleaded with him to curb his intake and slow down.  His band leader, the late bass player Lloyd Lambert, once said.....

“Slim wasn’t a good drinker.  He was the best. I tried to get him to eat and get his rest, but he said, ‘Lloyd, I live three days to y’all’s one. The world won’t owe me a thing when I’m gone.”


In February, 1959, Slim and his band began a tour of the northeast U.S., but by then the drinking had taken its toll.  He was able to play only one song at a gig in Rochester one night.  The next night, at a show in Newark, he finished the gig, but collapsed soon after and was advised by a doctor to check into a hospital.  The next date was in New York, so the band drove there and took Slim to a doctor, but he died of bronchial pneumonia, brought on by his turbulent lifestyle.  He was 32 years old.

The bad thing about Guitar Slim's career was that it occurred during a time when very little blues was documented in the south.  Very few pictures....not many that were color, no video and not very much television was available back then.  Therefore, only a handful of pictures and no video at all exists that truly capture the talents of this artist.  Twenty years later, Slim might have achieved the popularity and success of an artist like B.B., King or Buddy Guy, or maybe even approached Hendrix, but it was not to be.  However, the music he left behind on numerous 45s and several albums, plus the numerous blues artists of the past and present who still play his songs give strong testimony of how immense his talent was.

(Some of this material was taken from Jeff Hannusch's 2001 article on Guitar Slim in Offbeat Magazine.) 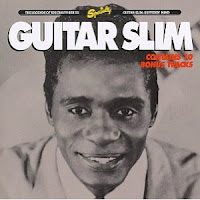 Sufferin' Mind (Specialty):  This set has 26 songs, several duplicate takes of songs, but all well-done.  All of the familiar tunes and hits, including "The Things That I Used To Do" and the title track, are here, making this the best available disc of Guitar Slim's Specialty sides. 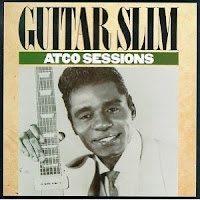 Atco Sessions (Atlantic):  Slim's later output for Atco gets the short end of the stick sometimes, because none of these songs sold well upon initial release, but they're just as good, and sometimes better, than a lot of his Imperial recordings.  For my money, the Atco material is as strong as his earlier work.
Posted by Graham at 12:01 AM